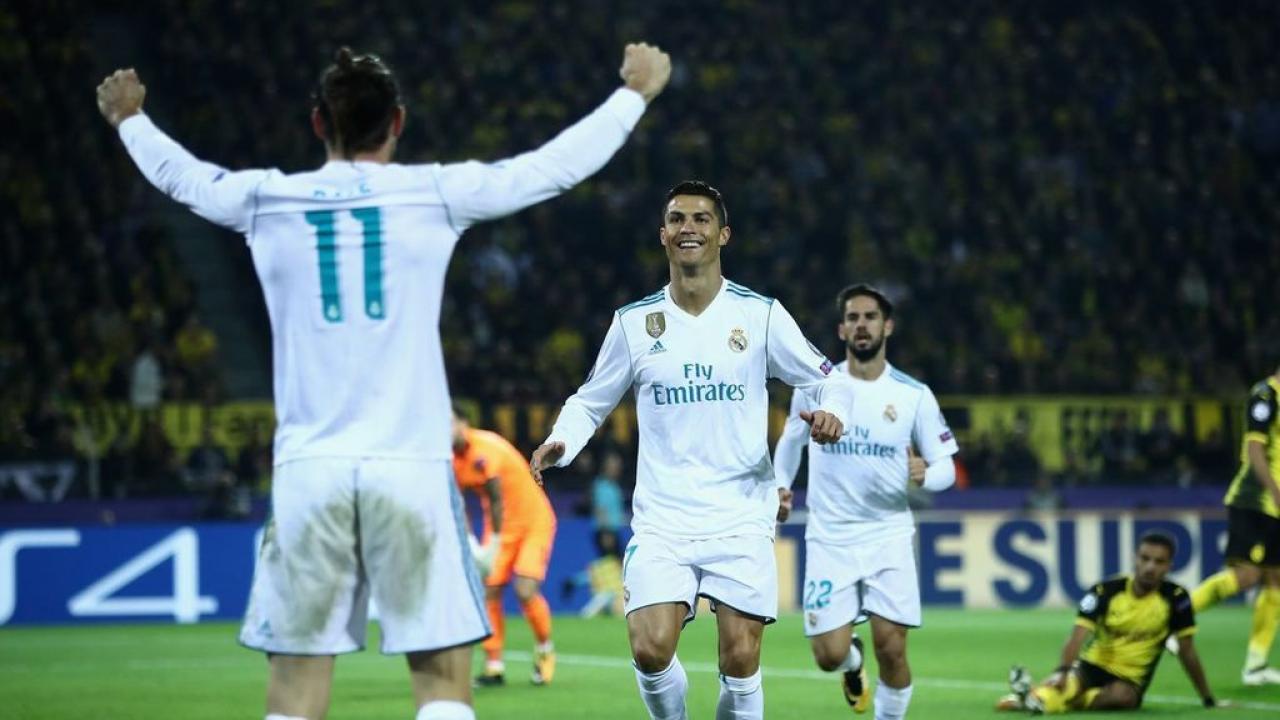 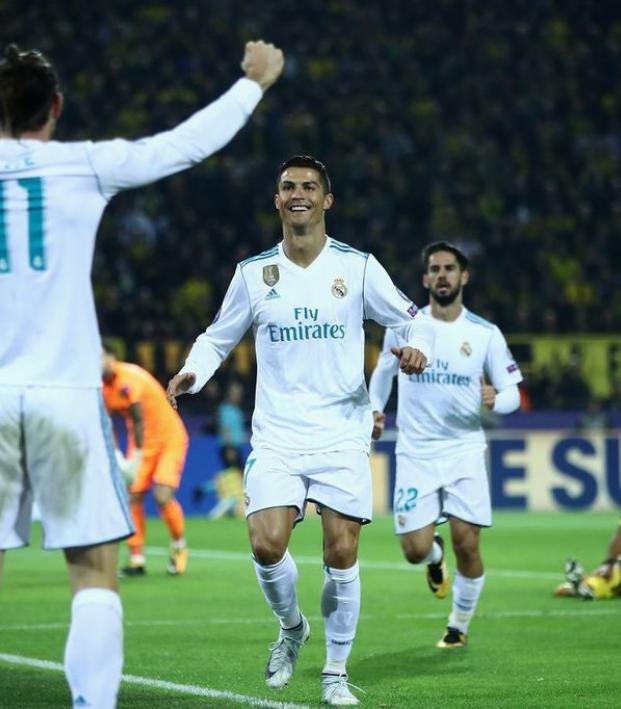 Travis Yoesting September 26, 2017
Cristiano Ronaldo scored twice in a 3-1 win over Dortmund, who could miss out on the knockout rounds.

After losing to Tottenham 3-1 at Wembley Stadium on the first match day, Dortmund remained in third place, already six points adrift of group leaders Real Madrid and Tottenham through two matches. Not even Christian Pulisic could save Dortmund on Wednesday.

Real Madrid was in fine form and comfortable for most of the match, a welcome respite from league play where 11 points through six matches has Los Blancos in sixth place in La Liga. Gareth Bale scored a brilliant volley in the 18th minute and Dortmund never looked like getting back into the match.

Ronaldo scored two second-half goals to put the match away, the second coming at the expense of Dortmund keeper Roman Burki, who apparently didn’t learn his lesson from the Tottenham match when he allowed two near-post goals. Ronaldo now has 411 goals in 400 appearances for Real Madrid.

New Dortmund coach Peter Bosz may be getting his tactics right in league play but was again was outcoached in the Champions League. An unbeaten start to the Bundesliga has been countered with two losses in two UCL matches. Dortmund left too much space in behind for the pace of Ronaldo and Bale to exploit. His near-post problems aside, Burki made a few fantastic saves to keep Real Madrid from expanding the scoreline.

Pulisic started the match on the bench and was brought on for Mario Gotze in the 76th minute. He was unable to make an impact on the game and Ronaldo scored his second a few minutes after Pulisic came on.

Borussia Dortmund does have an argument that the match should have turned out quite differently. In a scoreless match early on, Maximilian Philipp had his shot cleared off the line by a Sergio Ramos hand ball. Had the referee seen it, Dortmund might have taken an early lead and played the rest of the game with a man advantage.

Before Bale's goal, should Dortmund have gotten a penalty for this Sergio Ramos handball? https://t.co/m4Rif18SkJ

Instead, Dortmund is in a massive hole. The German club plays APOEL in its next two Group H matches and nothing less than six points will do. After that, Dortmund likely needs at least four points from the final two matches against Tottenham and, in the final match day, Real Madrid at the Bernabeu.

Right now, it’s looking more likely Pulisic will be preparing for the World Cup by vying for the Europa League title, not the Champions League trophy.