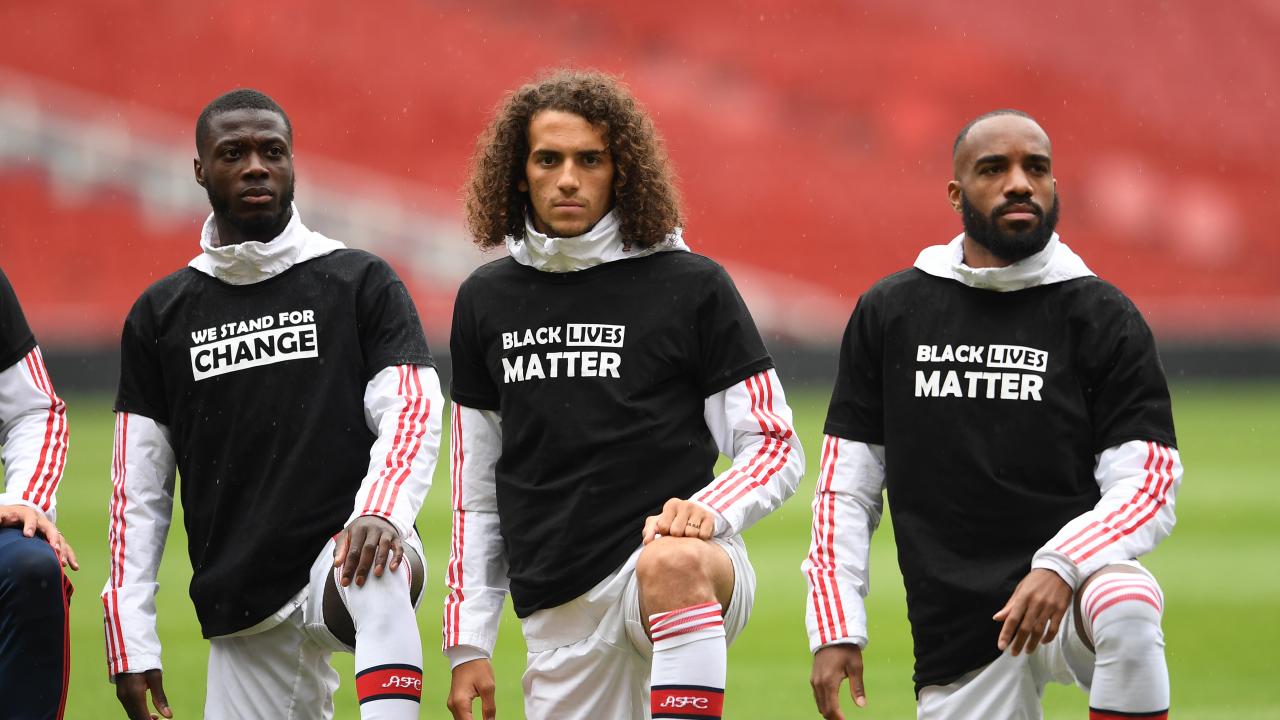 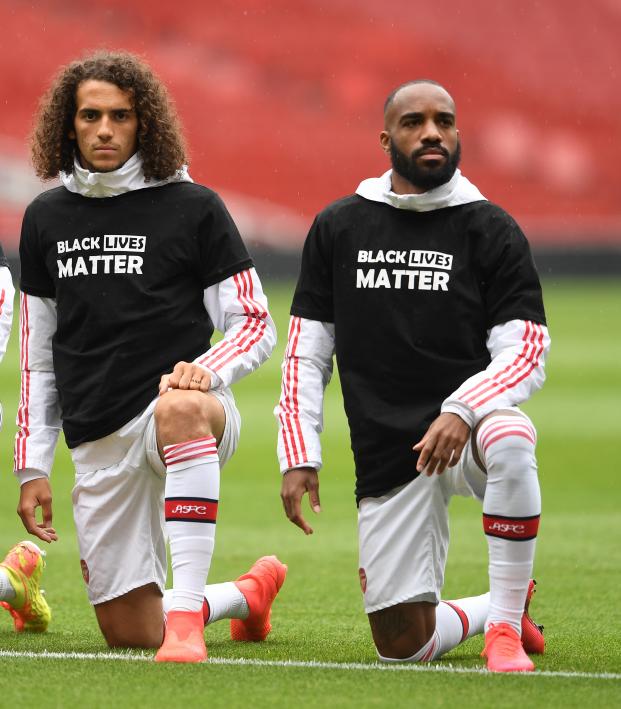 David Moore June 11, 2020
The measures will take place for all matches in the first round of games.

That racist ass-hat West Brom fan is punching the air right now as the Premier League will feature a powerful statement of solidarity on each club’s kits for the league's return on Wednesday, June 17. In a meeting between clubs on Thursday, it was decided all kits will feature the statement “Black Lives Matter” in place of players’ names along with BLM badges on the shirt.

Premier League clubs also agreed a #BlackLivesMatter badge will be displayed on the front of matchday shirts alongside an #NHS badge. For the 1st round of games, player names will be removed from the back of shirts & replaced with Black Lives Matter #ProjectRestart @TheAthleticUK https://t.co/hRHkcB6bQN

It will be an emotional return to football with a minute of silence before each game in recognition of those who lost their lives to COVID-19. A heart-shaped badge will join the BLM badge on the kits as a tribute to front-line workers and the National Health Service.

The decision for changing the names on the kits comes after mass protests around the world following the murder of George Floyd at the hands of Minneapolis Police. In the Bundesliga, a wide array of messages and displays of solidarity with the BLM movement have been seen.

In training and behind-closed-doors friendly matches involving Premier League clubs, players have been seen kneeling before play. Arsenal players wore warm-up kits with messages of solidarity before a friendly match against Championship side Brentford.

Referees will be advised to use their own discretion about issuing yellow cards to players who score and remove their shirt to reveal a message of solidarity. Bundesliga and Dortmund star Jadon Sancho was issued a yellow card after scoring and showing an undershirt that read “Justice for George Floyd”. FIFA then asked referees to use common sense when issuing yellow cards for similar future instances.

Aston Villa and Sheffield United kick off the return of the league on June 17 at 1 p.m. EST.