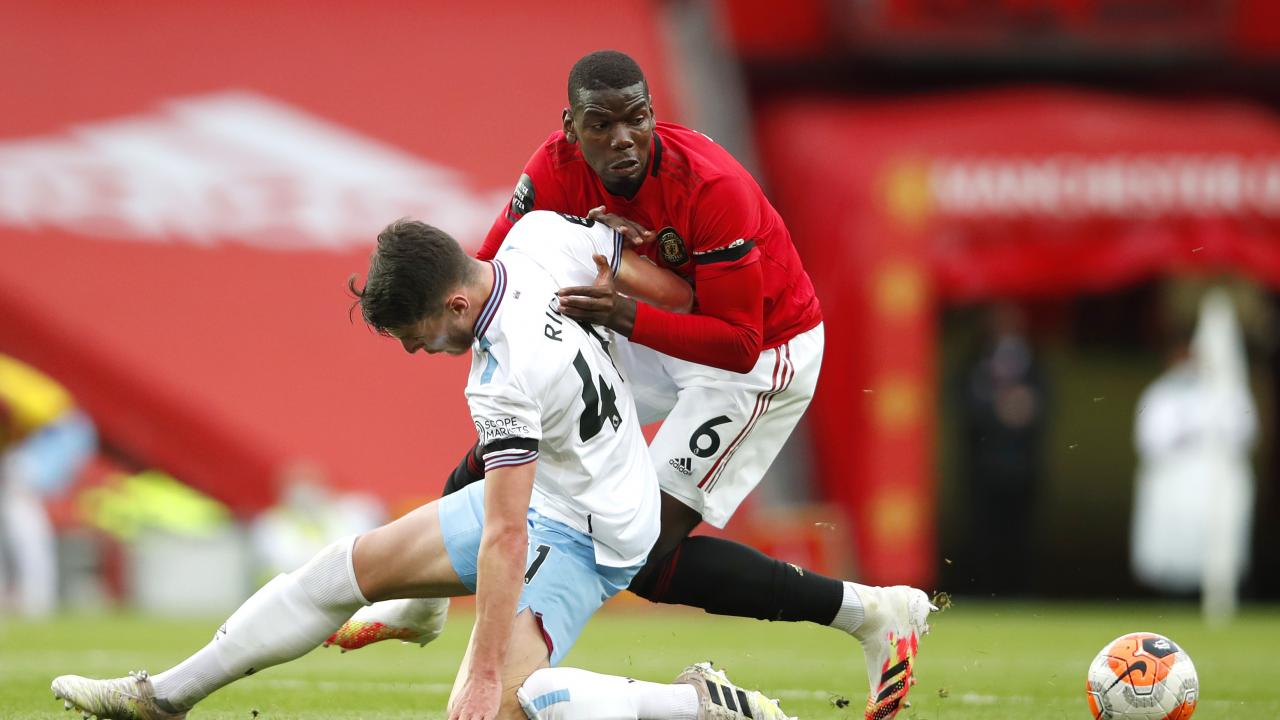 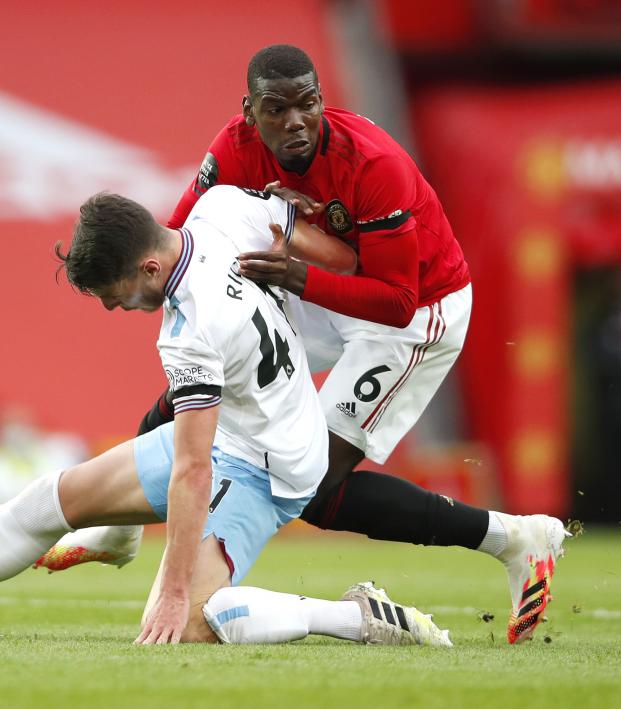 Manchester United dropped crucial points in the Champions League race and West Ham secured its safety in the Premier League after the two clubs drew 1-1 on Wednesday.

The real story out of the feisty tie was Paul Pogba’s questionable decision making that led to the Hammers’ goal.

West Ham took the lead moments before halftime courtesy of Pogba pulling the most youth soccer move you’ll ever see at the highest level of the sport. Pogba was clearly caught off guard during a West Ham free kick and instinctively chose to protect his face.

Pogba when the free kick came in pic.twitter.com/iqu91911k3

Man Utd have finally found an answer to their goalkeeping problems. It's Paul Pogba. pic.twitter.com/FA5VmU64uE

Even penalty scorer Michail Antonio had a laugh with Pogba’s teammate Bruno Fernandes. The Frenchman looked less than pleased.

Michail Antonio saw the funny side of Paul Pogba's handball

Paul Pogba did not pic.twitter.com/raKP5qESqo

Pogba's mistake would prove to be devastating for Manchester United.

Some exquisite link-up play between Anthony Martial and youngster Mason Greenwood led to the teenager leveling the score.

A Manchester comeback wasn’t in the cards as West Ham fought gallantly to protect its one point and future in the Premier League next season.

The draw took Manchester United to third in the table for the moment as Chelsea still has to play the champion Liverpool on Wednesday. The Red Devils’ final match of the season will be a crucial, season-deciding match against Leicester City. A victory or draw against Leicester will qualify Manchester United for the Champions League next season. A loss will see the Foxes return to the Champions League.