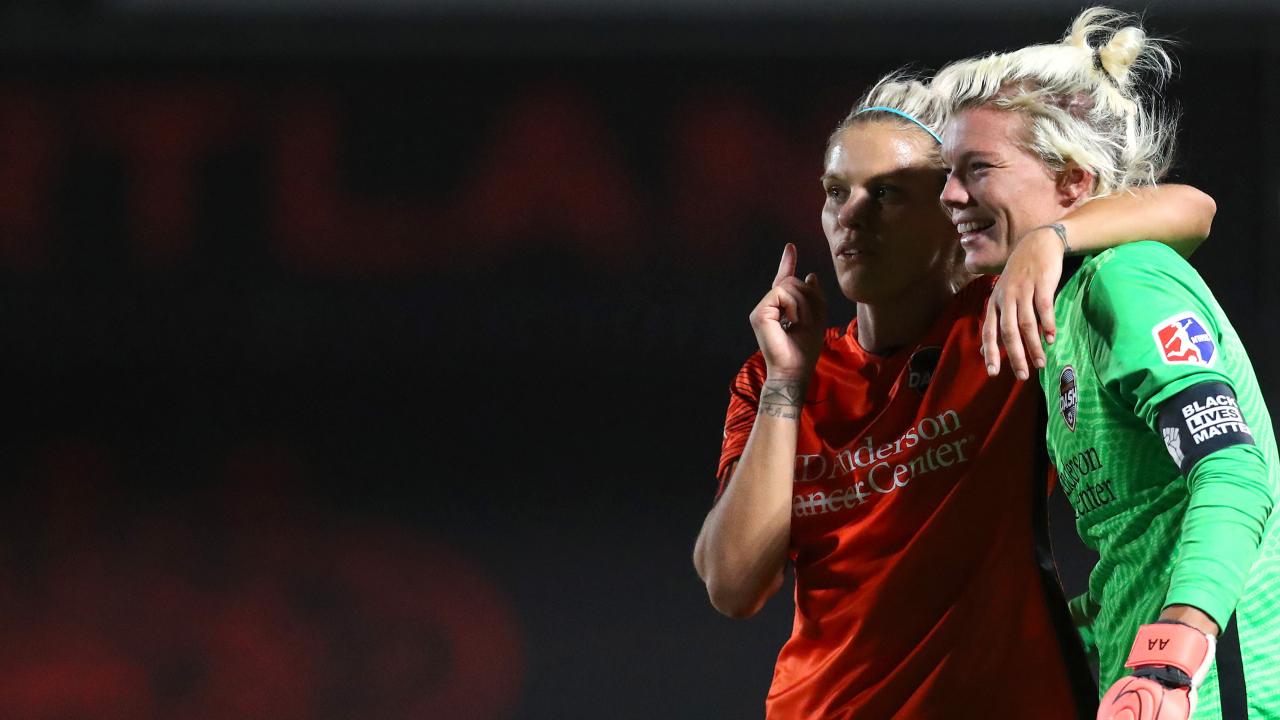 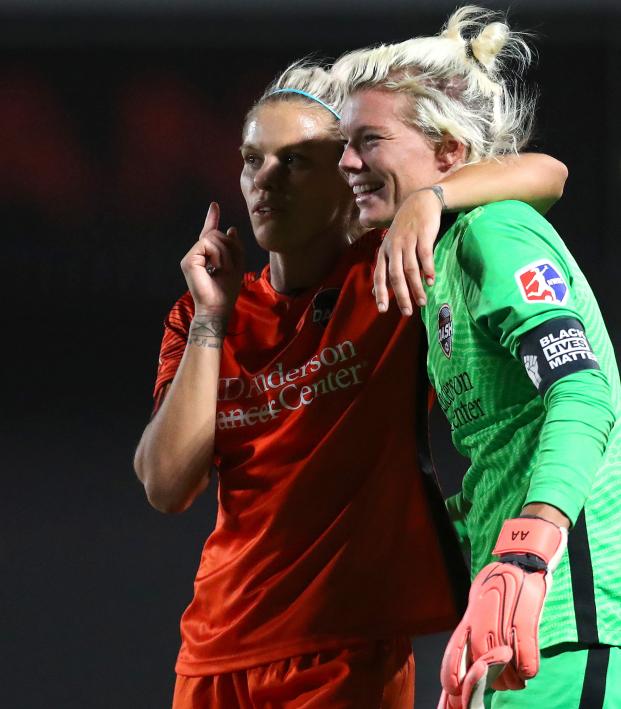 The semifinals of the 2020 NWSL Challenge Cup have been decided, and if they're anything like the quarterfinals, they'll be nail-biters.

As we say goodbye to many in Herriman, Utah, the pressure is on for the four remaining teams. The Portland Thorns, Houston Dash, Sky Blue FC and Chicago Red Stars have qualified for the semis that'll be played on Wednesday, July 22 on CBS All Access.

Players are now heading into their sixth game of the tournament, and fatigue, injuries, heat exhaustion (and turf burn) are battles that need to be fought and won in order to earn the Cup.

Day one of the quarterfinals saw the eighth-seeded Thorns upset the number one seed and reigning NWSL champions North Carolina Courage 1-0 off a goal from rookie Morgan Weaver. Following this historic win, the Dash knocked out the Utah Royals in a shootout.

Go on and shine, Rook

Our first shootout since 2016 didn't disappoint

Day two of the quarterfinals had Sky Blue showing off its accuracy during another shootout where they eliminated the Washington Spirit.

The final match of the quarters had the Chicago Red Stars ending at a standstill with OL Reign, leading to the third consecutive shootout of the knockout round. The Red Stars finished all four opportunities, paving the way to the semifinal round.

Relive how the quarterfinals came to a close with @Pilla_Talk and the @SecretDeodorant No Sweat Post-Game Day Recap Show.#NWSLChallengeCup pic.twitter.com/OzhbOEpQu4

With just four teams left, the NWSL Challenge Cup is up for grabs, and to be honest, I have no idea who will come out on top — especially if they result in penalty kicks.

The Thorns are at the bottom of the pack and struggled to solidify a win during the preliminary round. With a record of 0W, 3D and 1L, the Thorns finally got a win against the NWSL's best side.

The Dash found themselves in fourth place despite winning only one game, but they solidified their spot by coming out on top in penalty kicks. Both teams will look to win during regulation when they face off on Wednesday.

Sky Blue entered the knockout round as a seven-seed with only one win, two goals for and three against. But this is the first time in a while that Sky Blue has made it past the first round of knockout play, and hopefully they take full advantage of advancing beyond Washington after their shootout win.

The Red Stars were right above Sky Blue with the six-seed, also with one win and two goals for and three against. They also secured their spot after a successful shootout. With similar outcomes and stats, we'll just have to wait until Wednesday to see who makes it to the final.

May the best teams win.