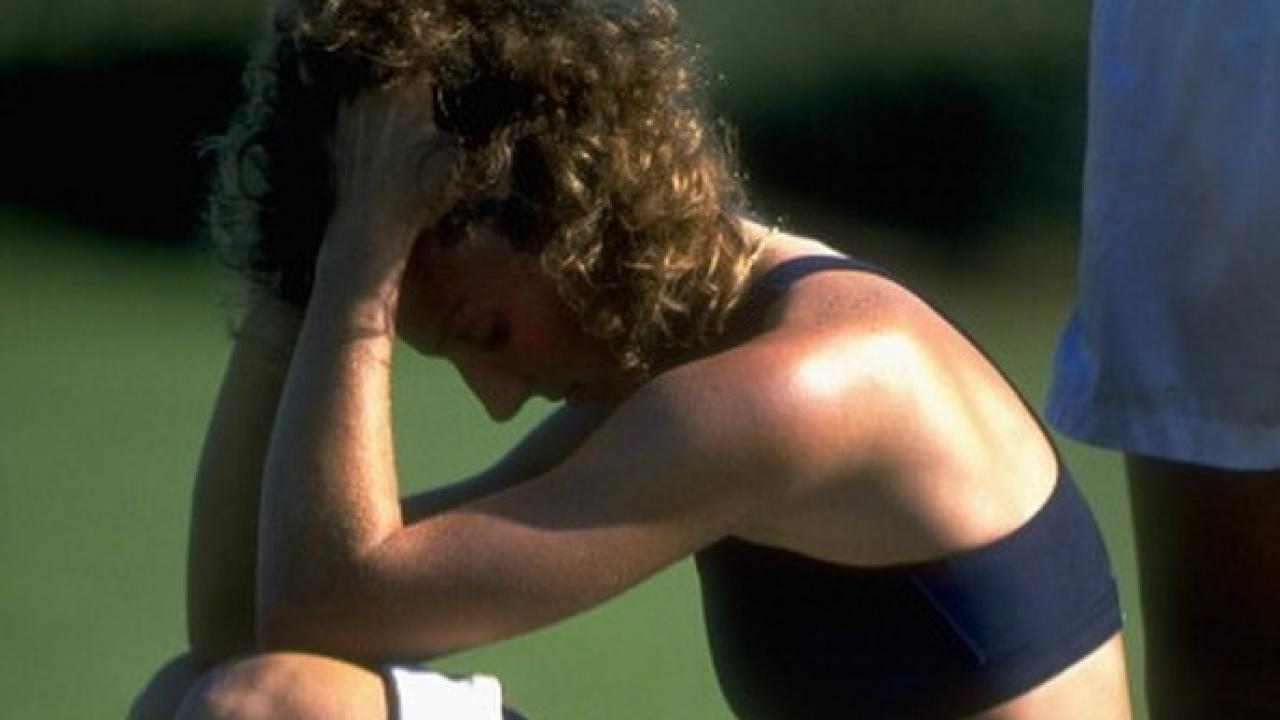 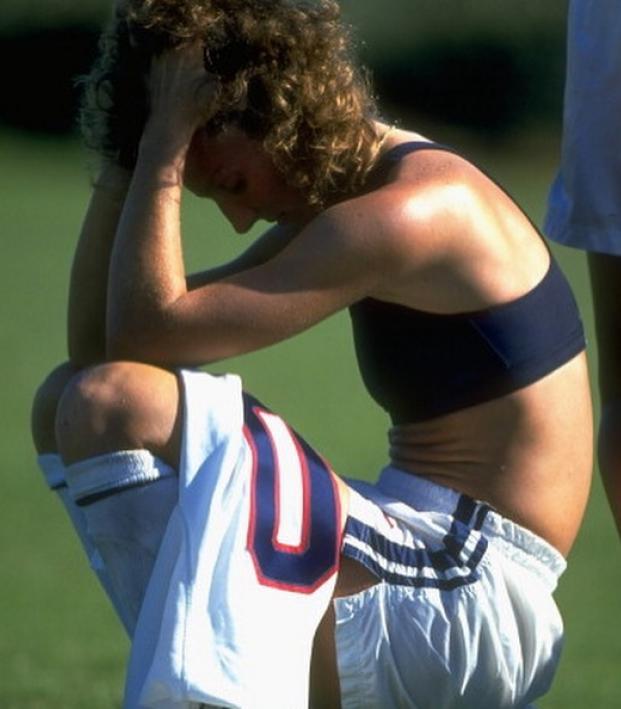 Hope Quinonez January 29, 2020
Michelle Akers was a USWNT legend, even with an irreparable MCL/PCL.

Michelle Akers began her career at Shorecrest High School outside of Seattle where she was a three-time All-American. It wasn’t until she attended the University of Central Florida when her career took off, where she became a four-time All-American and all-time leading goal scorer in UCF history. In 1988-89 Akers was named UCF’s Athlete of the Year and became the first woman to receive the Hermann Trophy. To continue her success at the highest level, Michelle Akers debuted for the USWNT in the squad’s first-ever international match against Italy.

In 1991, Akers set a U.S. team single-year record by tallying 39 goals in 26 appearances. Akers was also a part of the legendary ’99 squad alongside Mia Hamm, Brandi Chastain and Briana Scurry. Akers became a World Cup champ and, unfortunately, was the last match she participated in with the national team.

The photo was taken at a 1996 USWNT training session in Orlando, FL. I remember the moment vividly. Sitting on that sideline with a torn and irreparable MCL/PCL (from the 95WC) and ongoing health issues, I had warrior-ed my way through many ‘career ending’ injuries and unseen battles for equal opportunities/pay, and on this day, I came to my end. I had nothing left. My unshakable belief in the miracles of faith and fight seemed to crumble and carry me no longer. My knee. My health. It had taken its toll. A minute later a reporter commented to me that US Soccer and others were calling for my retirement. I remember thinking ‘my God, I’ve given all I had and it isn’t enough, what am I gonna do’. I still have these kinds of days (weeks and even months sometimes), but with all I’ve experienced, I know this is just a moment and soon I will rise again. At first I won’t necessarily be able to do it for myself, but I am compelled do it for the love I have for those in my life and my desire to contribute to their well being and success. For them I rise, and through my service to them, my heart is full and my strength returns. If you remember, we won the 96 Olympics and I played every minute... and then went on to play in the 99WC to become a World Champion for the second time. I did it simply because I played for my team, my coaches, our mission and dreams, and our country. All with the torn MCL/PCL etc. I rose because my love and inspiration carried me. This post is encouragement for those in ‘a moment’ such as this. The power of love  #riseup #love

Her recent post really resonated with me because as a player injuries and other health issues are something you never wish upon anyone and unfortunately for Akers she suffered from both. Having a torn and irreparable MCL/PCL, a shoulder injury and suffering from chronic fatigue syndrome, Akers did not have the easiest journey.

Despite these injuries and doctor’s telling her she will not be able to step foot on a field again, Akers had no limits. She powered through any adversity she faced and refused to retire until her body really prohibited her from continuing her career. Akers proved from the very beginning stages of the USWNT that female athletes are fearless and will do everything they can for the sport and team they love.

Michelle Akers is one of my favorite OG USWNT players and she is a true inspiration for younger generations and current female athletes. Although it is not recommended to play injured or with life-threatening conditions, Akers pushed through whatever struggles she was facing for the love of the game and that is what makes her a true USWNT legend.