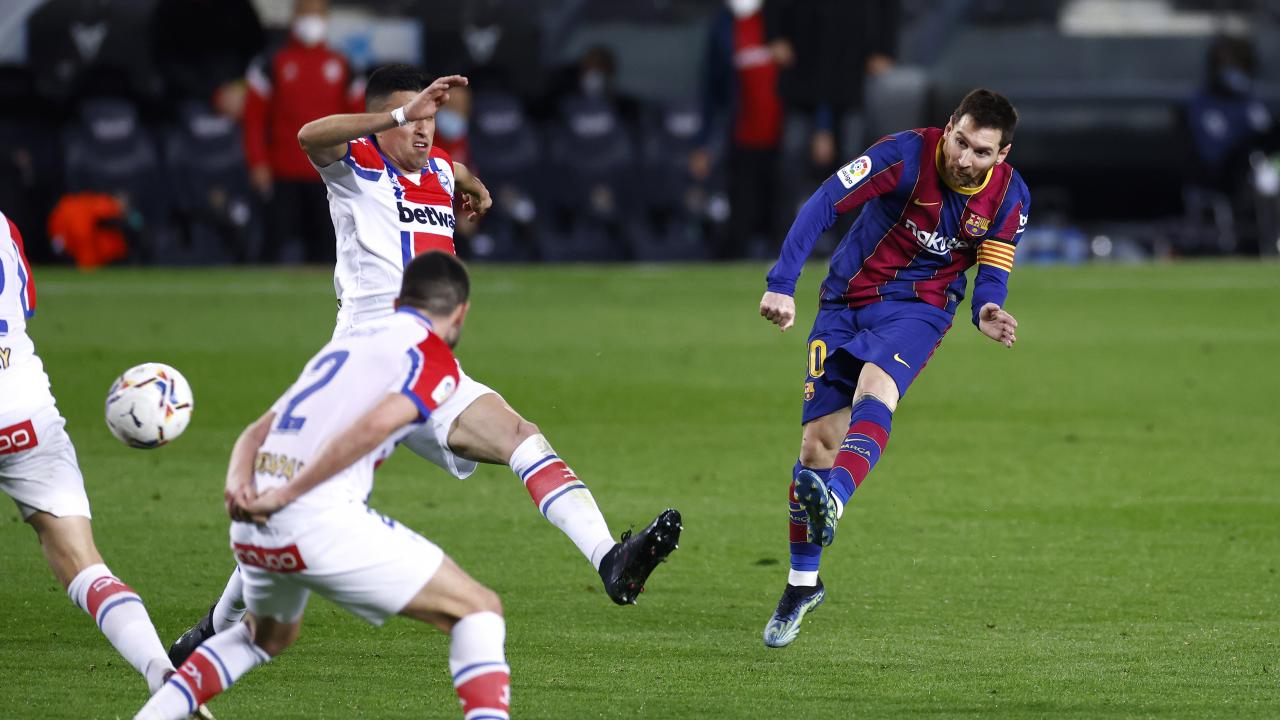 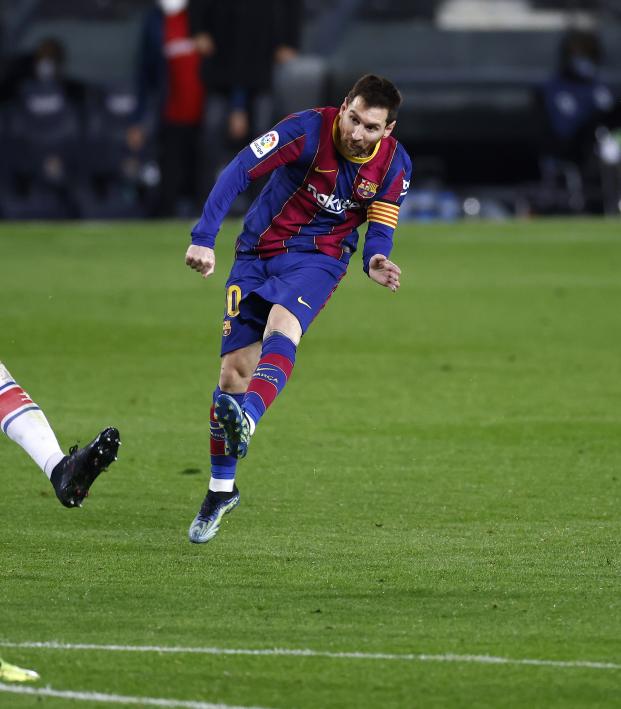 Lionel Messi equaled former teammate Xavi’s Barcelona record of 505 LaLiga appearances on Saturday against Alavés. He marked the record by scoring two worldies, two more examples that he has the greatest left foot in the history of the game.

Barcelona beat Alavés 5-1, both Messi and Francisco Trincão netting twice to bring the Blaugrana into second place, ahead of Real Madrid on goal differences. Messi was the star man in the landmark match.

After Messi had a goal taken back by the VAR for offside, Trincão smashed home the opener 29 minutes in.

Great buildup play from the hosts as the ball finds Trincao to score and give them the 1-0 lead.#BarcaAlaves LIVE NOW ⬇️
beIN SPORTS
CONNECT https://t.co/LRYa03w6yI pic.twitter.com/mawB5Z69n5

Then it was the Messi show.

Messi’s first came just before the halftime whistle. The Argentine dribbled for a few seconds before realizing he had plenty of space to launch a long-range shot. From 24 yards, Messi pinged the ball off the inside of the post to make it 2-0.

Luis Rioja pulled Alavés within 2-1 with a goal in the 57th minute, but Messi and Barça weren’t done.

Trincão netted his second in the 74th minute, a goal that beIN SPORTS decided not to post to social media because I guess it hates LaLiga. (See full highlights below.) The goal was created by Messi, who raced in behind the defense and attempted to round keeper Fernando Pacheco, who stuck out a boot to knock the ball away. Trincão was there to slot home the rebound.

Messi made it 4-1 with another bomb from long range, one that made Ray Hudson squeal. It will be a sad day when Messi stops scoring goals like this for Barcelona.

Messi finished his day by setting up Junior Firpo’s goal in the 80th minute, playing Antoine Griezmann in with a lovely chip before the Frenchman found Firpo at the back post. (Again, beIN SPORTS didn’t want to tweet the goal, so you’ll just have to watch the full highlights below from YouTube.)

Barcelona will now prepare for its showdown with Neymar-less PSG in the Champions League. The first leg is slated for Tuesday.