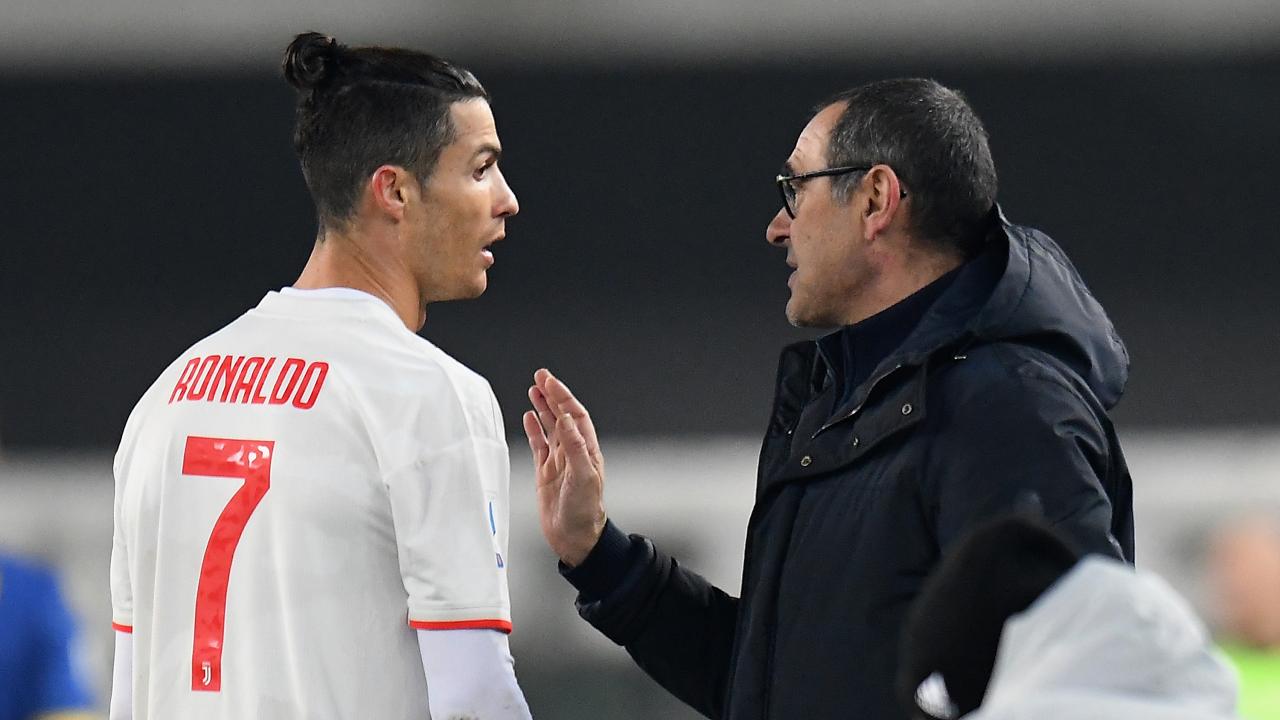 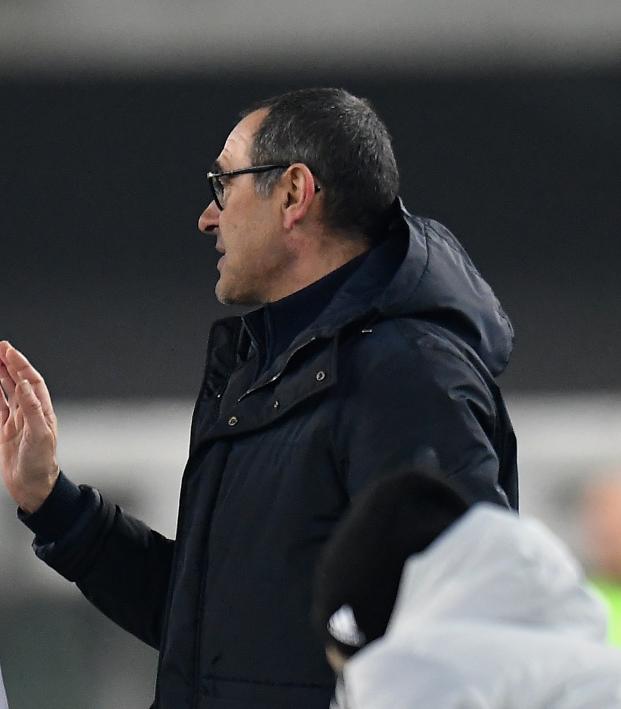 Reuters June 18, 2020
Sarri needs to land either the Scudetto or Champions League (maybe both) to ensure his Juventus future.

Serie A has not even restarted following the coronavirus stoppage, yet pressure is already mounting on Juventus coach Maurizio Sarri following his side's failure to win the Coppa Italia.

Italy's knockout competition was used as a prelude to the resumption of Serie A and Juve's two matches — the semifinal second leg against AC Milan and Wednesday's final against Napoli — both produced 0-0 draws. Napoli then won 4-2 on penalties, quickly ending the Turin side's hopes of a treble and putting Sarri, in his first season at the club, under more pressure than ever to extend their run of eight successive Serie A titles.

Speculation had already begun on Thursday that if the chain-smoking 61-year-old cannot do that, or win the Champions League, then he will be shown the door at the end of the season.

The title race resumes on Saturday with Torino hosting Parma before Verona entertain Cagliari — where coach Walter Zenga finally gets to make his debut after a four-month wait, having been appointed days before Serie A was suspended.

It promises to be a hectic period with 12 rounds of matches crammed into six weeks and games almost every day. The Italian FA is hoping some fans will be allowed into stadiums from July.

Juve, who resume on Monday with a tricky trip to Bologna, lead the table with 63 points but are only one point ahead of Lazio, who are on a 21-match unbeaten run in the league and will hope to resume where they left off.

Sarri suggested after Wednesday's match that his side were rusty after their long break, which saw three members of the squad infected with COVID-19.

"We're a team used to solving situations with individual moves, but at the moment it's difficult because we lack (individual) brilliance," he said. "Where it really went wrong was the penalties. I think this situation is temporary. You can't think the team has the same pace as three months ago. I saw a low-tempo game from both teams."

Lazio, meanwhile, resume with a daunting trip to fourth-placed Atalanta (48 points) on Wednesday to face a side who won six and drew one of their last seven matches in all competitions before the break, scoring 28 goals in the process. Before that, Atalanta host Sassuolo on Sunday.

Antonio Conte's Inter Milan, who are third with 54 points, will be hoping to make up the ground they lost when they were beaten by both Juventus and Lazio before the stoppage.

Fallen giants AC Milan, meanwhile, remain mired in uncertainty. Stuck in seventh place, they are overdependent on 38-year-old striker Zlatan Ibrahimovic, who is recovering from a calf injury, and with the club reportedly in talks with German coach Ralf Rangnick to take over from Stefano Pioli for next season.