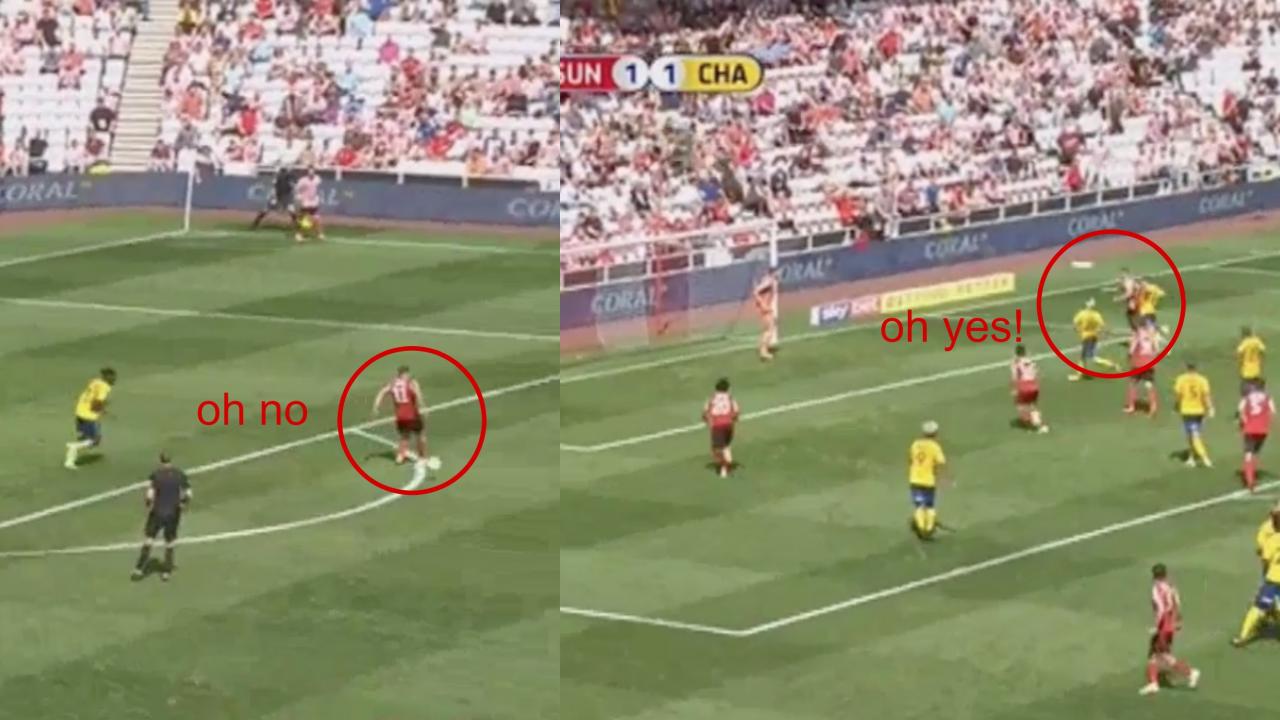 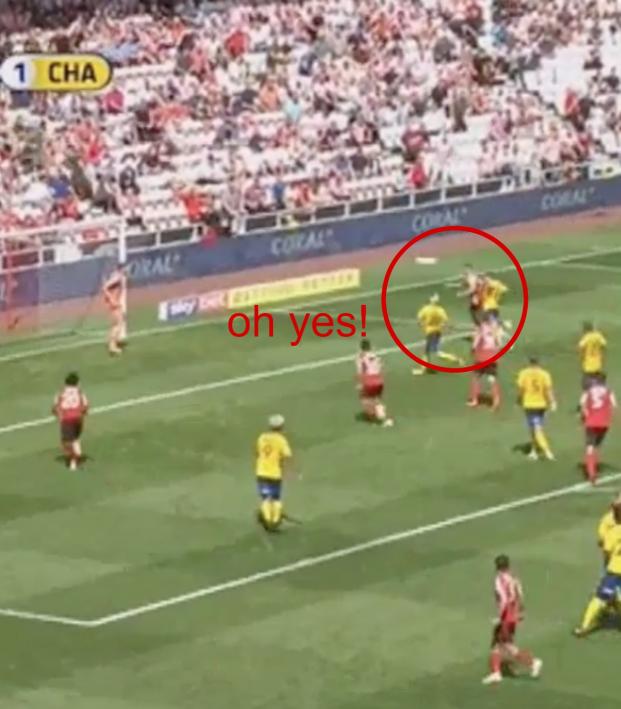 Travis Yoesting August 4, 2018
The 22-year-old American immediately made up for a complete whiff.

Many in the U.S. would suggest 22-year-old American midfielder Lynden Gooch should leave Sunderland, a club for which he’s appeared in the Premier League, Championship and, as of Saturday, League One, all in a three-year span. In terms of the California native’s development, they might be right. But the Lynden Gooch goal vs Charlton Athletic on Saturday showed why the Black Cats would prefer to keep him, even if the play started out poorly for Gooch.

Sunderland has seen a shocking fall from grace over the last couple years, going from the Premier League in 2016-17 to the third-tier League One in 2018-19, finishing dead last two years in a row.

There’s not too much optimism in Sunderland and in the 96th minute of a tied match with Charlton Athletic in the season opener, Gooch elicited audible groans from many at the Stadium of Light when a low, slow corner kick was played out to him at the top of the box. Gooch irrationally allowed the ball to slip right under his right foot and even the announcer in the below video couldn’t help but show his displeasure.

But fortunately the American made up for it seconds later with the match winner.

After initially putting his head down in shame following the blunder, Gooch made a back-post run and headed home the match winner in the 96th minute, ensuring no one would remember — or at the very least, no one would care about — his earlier mistake.

The Lynden Gooch goal vs Charlton gave Sunderland just about the best start to the season it could hope for. Shockingly, it was just the club’s 14th league win in the last three seasons combined. For comparison, Manchester City had an 18-match winning streak in the Premier League last year.

Plus, the Lynden Gooch goal vs Charlton was a bit more meaningful than fellow American Tim Weah’s goal against Monaco on Saturday. While PSG plays at a higher level, the French champions were already leading 2-0 on the way to an easy 4-0 victory.