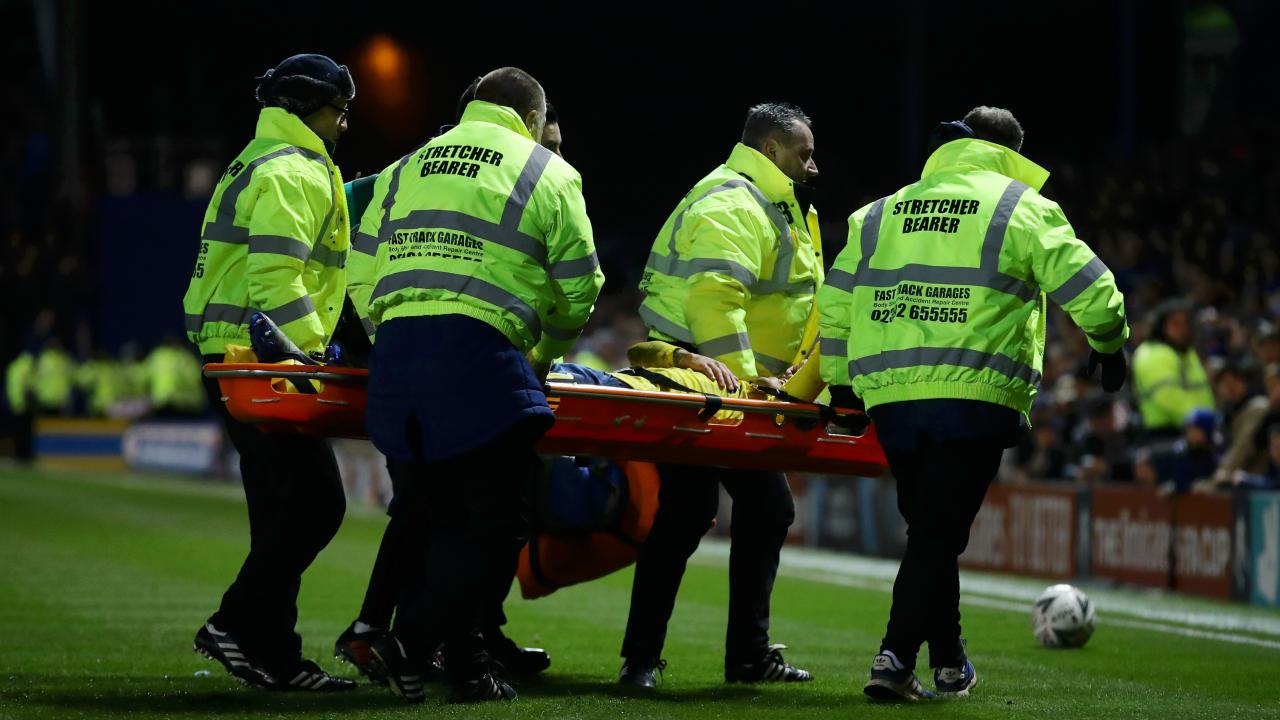 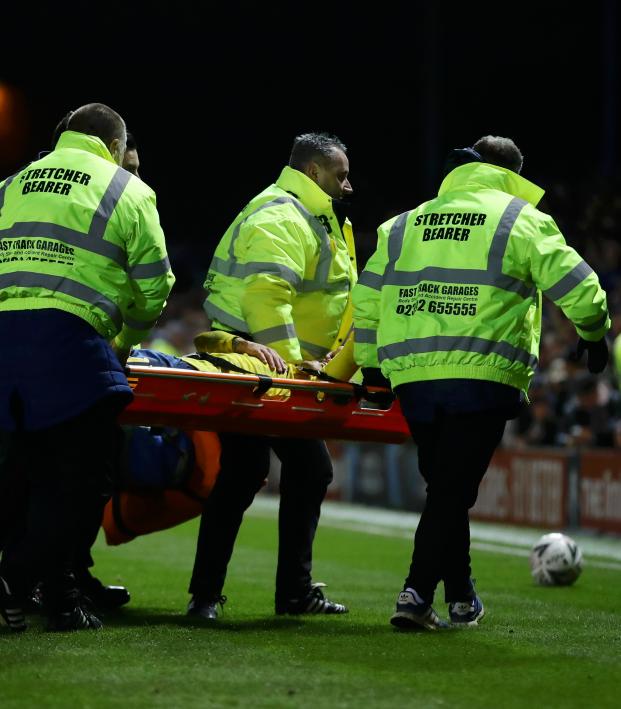 Travis Yoesting March 2, 2020
Arsenal’s midfielder was stretchered off after a scything scissor tackle that went unpunished by Mike Dean.

The fifth round of the FA Cup kicked off with Arsenal visiting League One side Portsmouth on Monday. Because rules makers in England are about as smart as blade of grass, just three of the eight matches this round will feature a VAR. The lunacy of this decision was highlighted by a horrific Lucas Torreira injury that went unpunished.

Knocked out of the Europa League on Thursday and without a Premier League match over the weekend, Arsenal looked to bounce back against a third-tier English side in the FA Cup, the only notable trophy Arsenal has won since 2004.

Portsmouth, currently third in League One with hopes of promotion to the Championship, came out roaring at Fratton Park, putting the Gunners under pressure early and often. It was on a break against this early pressure that resulted in the brutal Torreira injury.

Just over 10 minutes into the match, the Uruguayan midfielder raced defender James Bolton for a ball in the Portsmouth half. Bolton slid in, catching the ball but also scissor-tackling Torreira in violent fashion.

While Bolton did get the ball, he also ripped through the Arsenal man at the same time. By lunging in with both legs, Bolton caught the right ankle of Torreira, who immediately writhed in pain.

No foul was called.

After a lengthy delay to tend to the injury, Torreira was stretchered off and replaced by Dani Ceballos. As he lay injured on the turf, Portsmouth fans felt it was an appropriate time to show what sort of people they are by shouting “You’re going home in a fucking ambulance” to a player in apparent agony.

Worrying signs for Arsenal fans. The Uruguayan is stretchered off after a heavy tackle on his ankle. pic.twitter.com/jaGsrU6YY8

Was the Torreira injury a red-card offense? Let’s look at the rules on serious foul play, which is supposed to be punished by a red card.

Bolton lunged at Torreira from the side with both legs using excessive force that injured a player. It was certainly worthy of a red card by the letter of the law, even if he may have gotten the ball a fraction of a second before the man.

But no card was shown; Bolton wasn’t even whistled for a foul.

Arsenal fans would point out the referee was Mike Dean, who has a long history of questionable calls against the Gunners, not to mention celebrating Tottenham goals. He even booked Matteo Guendouzi for placing the ball for a free kick on Monday, after ignoring the Bolton tackle.

A yellow card for sarcasm?

Mike Dean appears to caution Matteo Guendouzi for placing the ball down in an exaggerated way. pic.twitter.com/Xf3NFHUmsS

But the bigger issue was the lack of VAR.

With the tackle in question happening on the left wing, farthest from any assistant referees, Dean was the only official close to the incident. Without video replay to take a second look, Dean, trailing the play by some distance, may not have had a good look at the tackle.

Alas, the English FA decided to only use VAR in FA Cup matches played at Premier League stadiums. No VAR was available to look at the replay, and Arsenal had to use an early substitution while Portsmouth went completely unpunished.

While it’s could be debatable whether the challenge deserved a red card, there’s no debate it deserved replay to take a second look.

The fact that the FA thinks it’s OK to go through a competition with different rulesets for different matches is sheer lunacy. Admittedly, English referees are absolutely awful at using VAR correctly. But it’s better to have video replay than nothing at all.

Fortunately for Arsenal, word is that the Torreira injury isn’t as bad as it at first appeared.

Even better for the Gunners, Arsenal used the lengthy stoppage time because of the injury to take a lead as Sokratis hammered home the opener in the 49th minute of the first half.

Arsenal won the match 2-0 to advance to the quarterfinals.