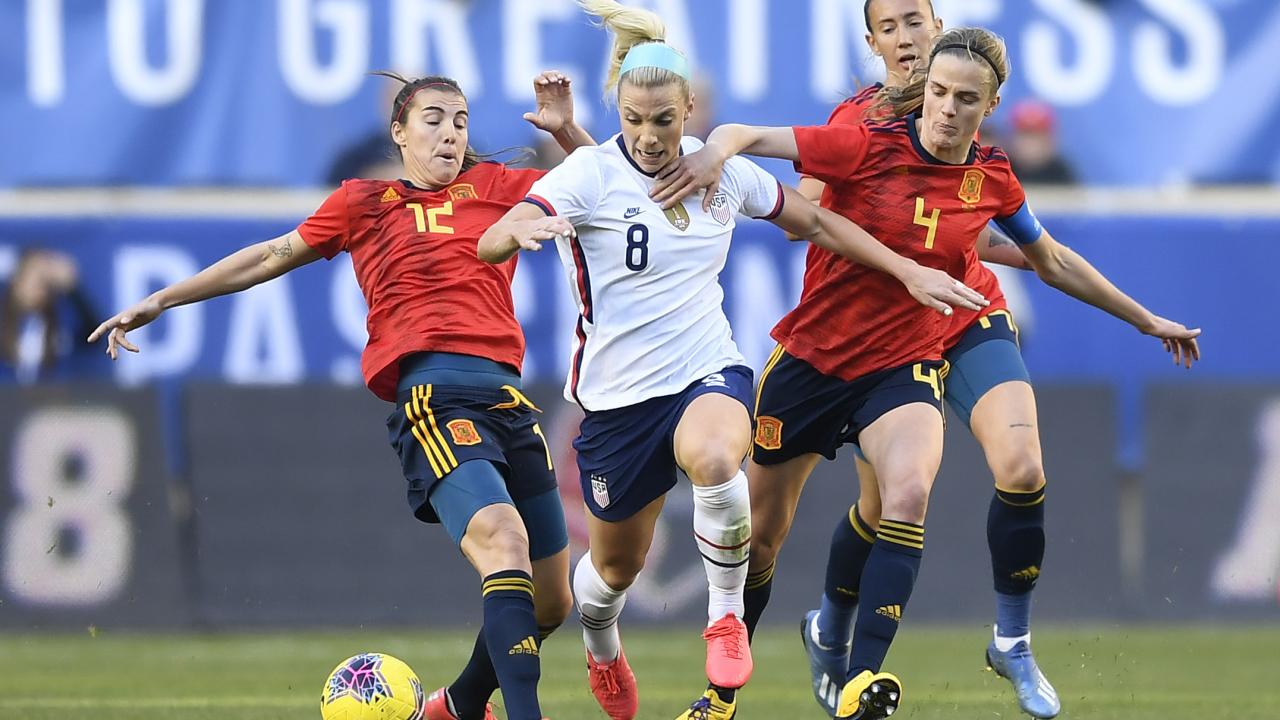 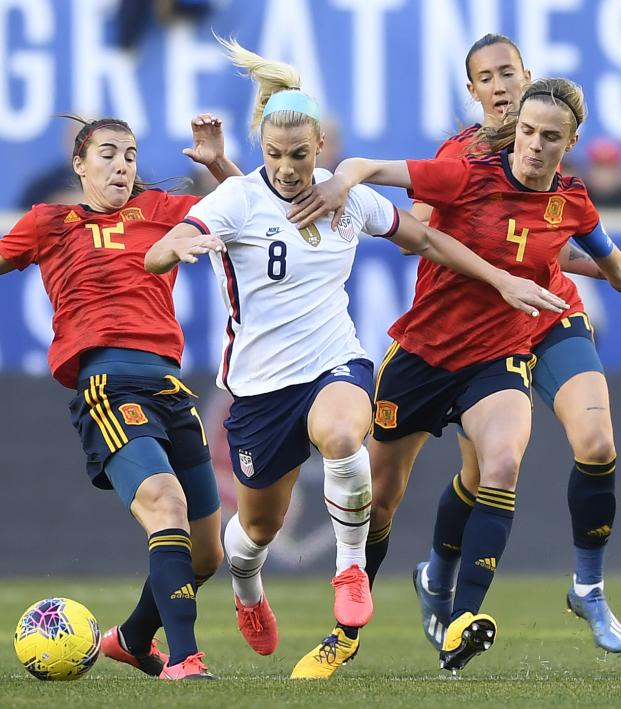 Connor Fleming March 8, 2020
Spain presented a massive challenge for the USWNT, but Ertz was simply everywhere and solving everything.

Much like they did during their 2019 World Cup Round of 16 match against the USWNT, Spain brought its sauce today with equal measures of intricate passing shapes and technical quality. During that 2-1 U.S. victory back in France, it was a shock to the system to see La Roja actually edge the possession statistic in the second half — today, they absolutely bossed it with 60 percent of the ball.

But thank the gods for Julie Ertz.

It’s a massive credit to Spain that in dueling 4-3-3 formations, the forward-foraging tandem of Rose Lavelle and Sam Mewis was kept largely quiet on the day. However, for all of the aforementioned brilliance of Spain, they had no answer for Julie Ertz. When it comes to Ertz, there’s never even a question.

Inject JJ leading the counter into our veins. pic.twitter.com/qy2D6MAtaV

A beautiful header puts the @USWNT up 1-0 in the 87th minute. pic.twitter.com/vnbamFFqDx

In defense and attack, the 27-year-old was everywhere; she was both shield and sword for the U.S.

The USWNT returns on Wednesday in SheBelieves Cup action against Japan at Toyota Stadium in Frisco, Texas.