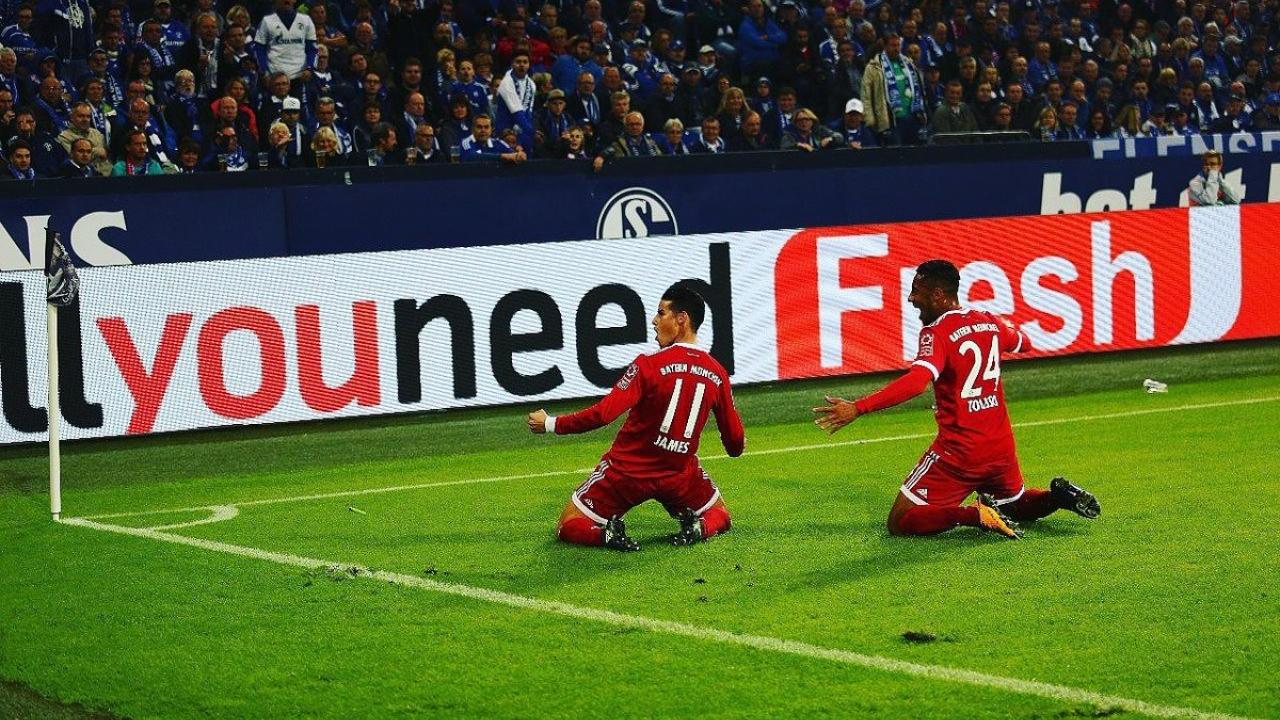 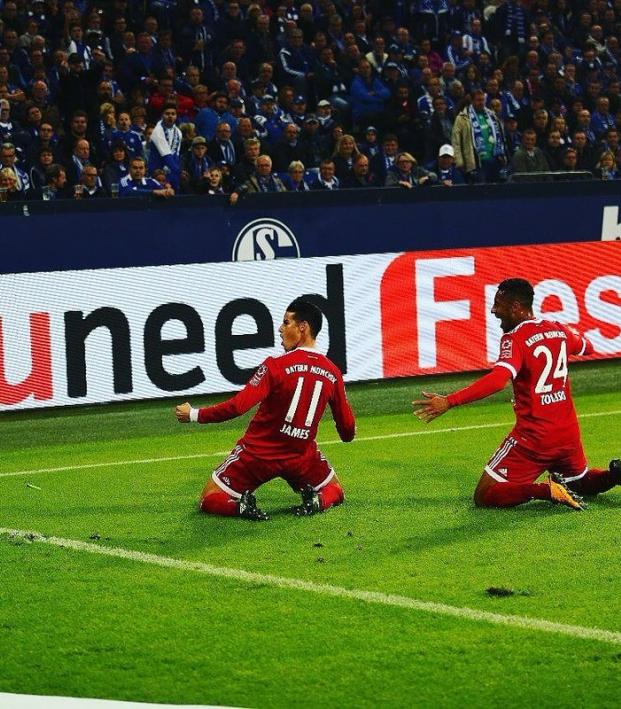 Bayern Munich defeated Schalke 3-0 on Tuesday with James Rodriguez factoring heavily in his first Bundesliga start for the Bavarians. Robert Lewandowski opened the scoring from the spot, and James put Bayern up 2-0 before halftime with his first goal for the club. James then put the finishing touches on the victory with a fantastic feed for Arturo Vidal in the 75th minute.

It was only James’ second league appearance for Bayern after appearing as a late substitute in the club’s shock 2-0 defeat to Hoffenheim back on September 9. The Colombian captain impressed during Bayern’s comprehensive victory over Anderlecht in the Champions League, but he’d yet to register either a goal or an assist for the club following his move from Real Madrid on a two-year long loan with an option to buy.

But James outlined his decisive ability in a match pitting clubs side-by-side in the Bundesliga table. With Schalke threatening to overtake Bayern with a victory at Veltins-Arena in Gelsenkirchen, FCB showed that it’s going to take an awful lot to deny them their sixth straight Bundesliga title.

Lewandowski made it six goals from the opening five Bundesliga matches after the VAR ruled in favor of a penalty for Bayern.

Lewandowski scores his 6th goal of the season after VAR calls for a penalty. #S04FCB https://t.co/CKjEydsbhq

Four minutes later, James doubled Bayern’s advantage after Schalke just threw the ball away in their own third.

There it is! James Rodriguez scores his 1st career Bundesliga goal for Bayern https://t.co/qCYw5Dq3Xy

The third goal from Vidal in the 75th minute was the pick of the bunch. James turned provider with a beautifully clipped through ball that the Chilean masterfully volleyed home.

What was better, the James assist or Vidal's finish? Great goal from Bayern! https://t.co/9TBzeovXsi

Sven Ulreich kept a clean sheet for Bayern in the absence of the injured Manuel Neuer.