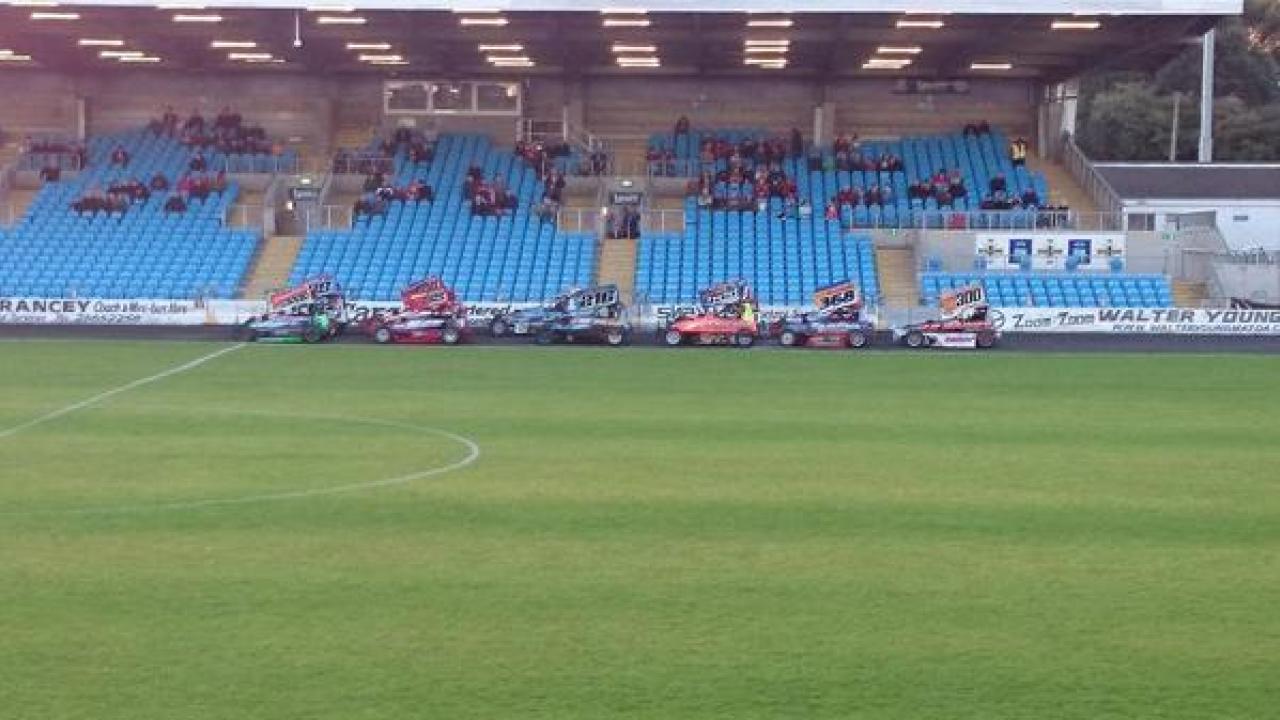 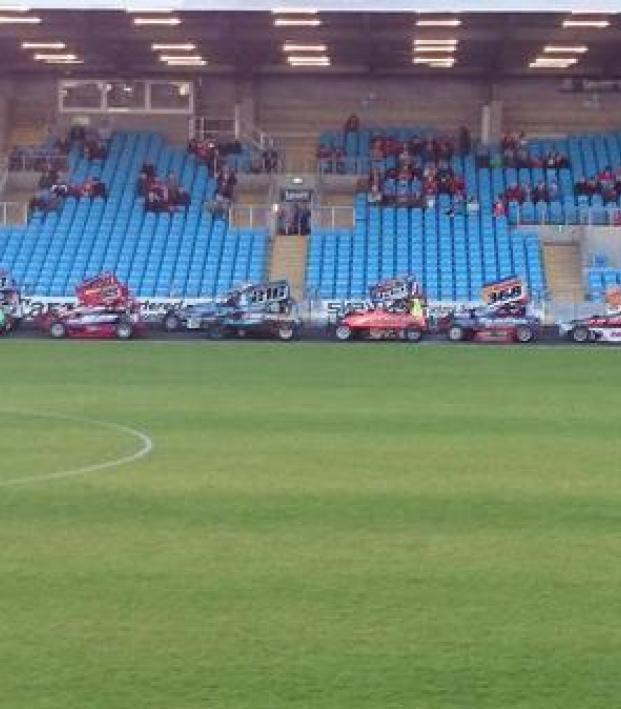 Sam Klomhaus January 4, 2018
This is what happens when your racetrack is also a soccer stadium.

We interrupt your regular 24/7 Coutinho transfer saga coverage to bring you this alarming item from the BBC:

David Jeffrey has accused the co-users of the Ballymena Showgrounds of a lack of respect after the pitch was damaged by stock car racing on New Year's Day.

The Ballymena United boss said he was saddened by the incident, which left parts of the playing surface cut up ahead of five home matches in January.

Yes, there is a soccer team that shares a stadium with a race track. Somehow, it is not in the American South. Where did we go wrong?

Now, as an American soccer website, we at The18 feel uniquely qualified to comment on matters involving both footy and stock car auto racing, the type of racing practiced in NASCAR, which originated with American bootleggers building really fast cars to outrun the cops during prohibition and then racing each other in their spare time.

Seriously, though, they should host an event where they have a soccer game and a race at the same time.