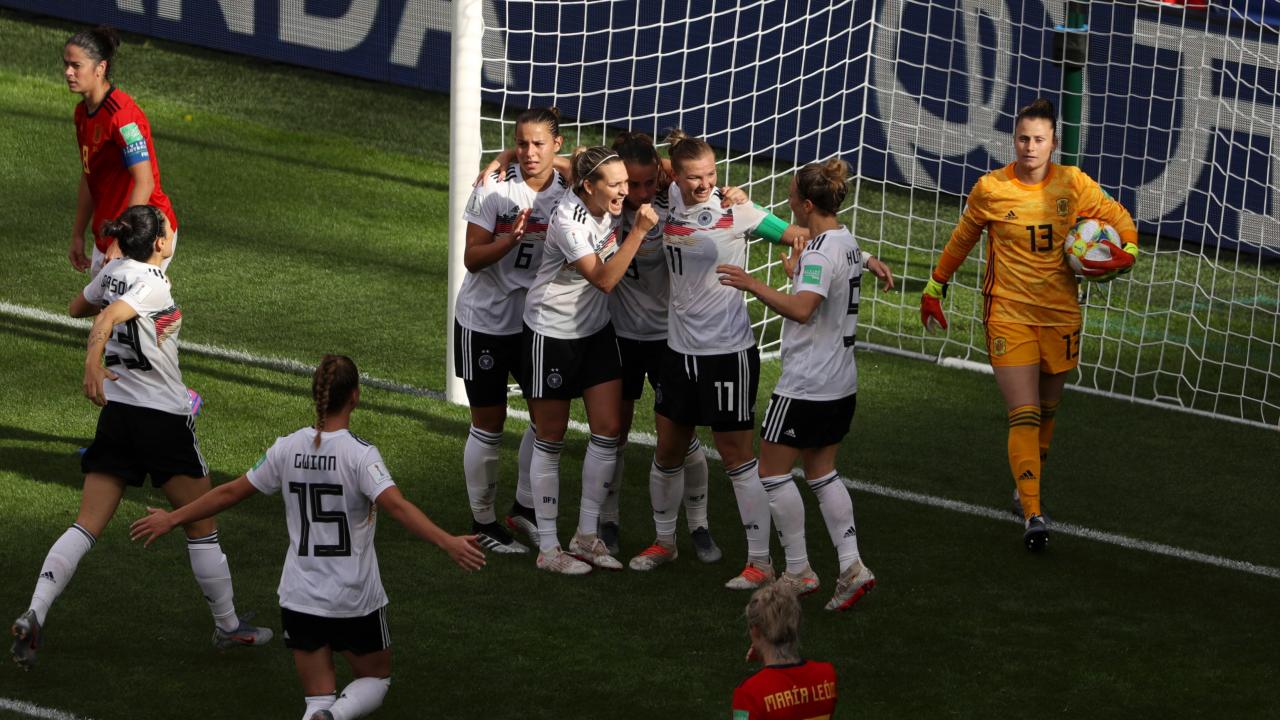 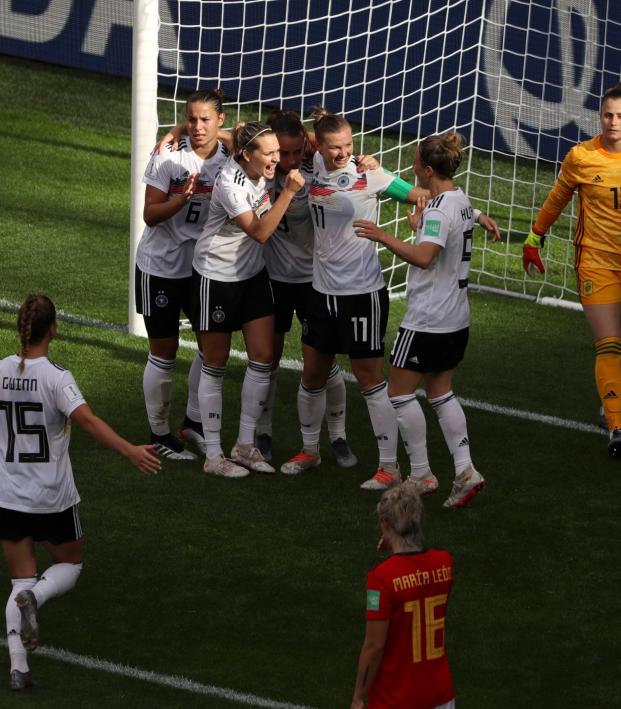 Spain On A Collision Course With USWNT After Defeat To Germany

Connor Fleming June 12, 2019
Spain had every chance to make a statement against Germany today, but La Roja couldn't take it.

Spain is widely considered a rising power in women’s soccer, and la Roja had a tremendous opportunity to accentuate that sentiment with a victory over two-time world champion Germany on Wednesday. But they blew it, and their failure is compounded by the fact that they’re now possibly on a collision course with the USWNT in the Round of 16.

The majority of the first half was dominated by Spain, and two glorious opportunities fell to Nahikari García to open the scoring in the opening 14 minutes.

The striker was first played through on goal in the sixth minute, and it was evident that she had the necessary pace to leave Germany’s center backs in her wake. However, García appeared to lose her bearings while racing toward goal, allowing Sara Doorsoun to recover and make the tackle.

Eight minutes later, García raced through again and got a shot off. You can maybe see why she was reluctant to pull the trigger on her first opportunity.

Spain have another clear chance on goal but García fails to put it on frame. #FIFAWWC pic.twitter.com/FXk7mfdD9S

Spain’s wastefulness was then punished by Germany just before halftime. Again, Die Nationalelf benefited from a Spanish player's indecisiveness in front of goal. This time it was Spanish captain Marta Torrejón who failed to properly put her foot through the ball.

Spain fail to clear the ball after the initial save by Paños and Sara Däbritz pounces for the opening goal. pic.twitter.com/hzeQLofLWD

Spain continued to play intricate stuff in the second half while taking 64 percent of possession, but la Roja only put two of their 16 shots on target. Still, they're fun to watch.

Remarkably, Germany has now gone 18 group stage matches without a defeat, the longest run in the history of the Women’s World Cup. The three points — to go along with an opening victory over China — pretty much guarantees Germany’s advancement to the knockout stages.

There’s still a lot of ball to be played, but it’s likely that the winner of next Monday’s meeting between Spain and China will play the USWNT in the Round of 16. The runner-up from Group B will play the winner from Group F, which will likely be decided next Thursday when the U.S. plays Sweden in Le Havre.