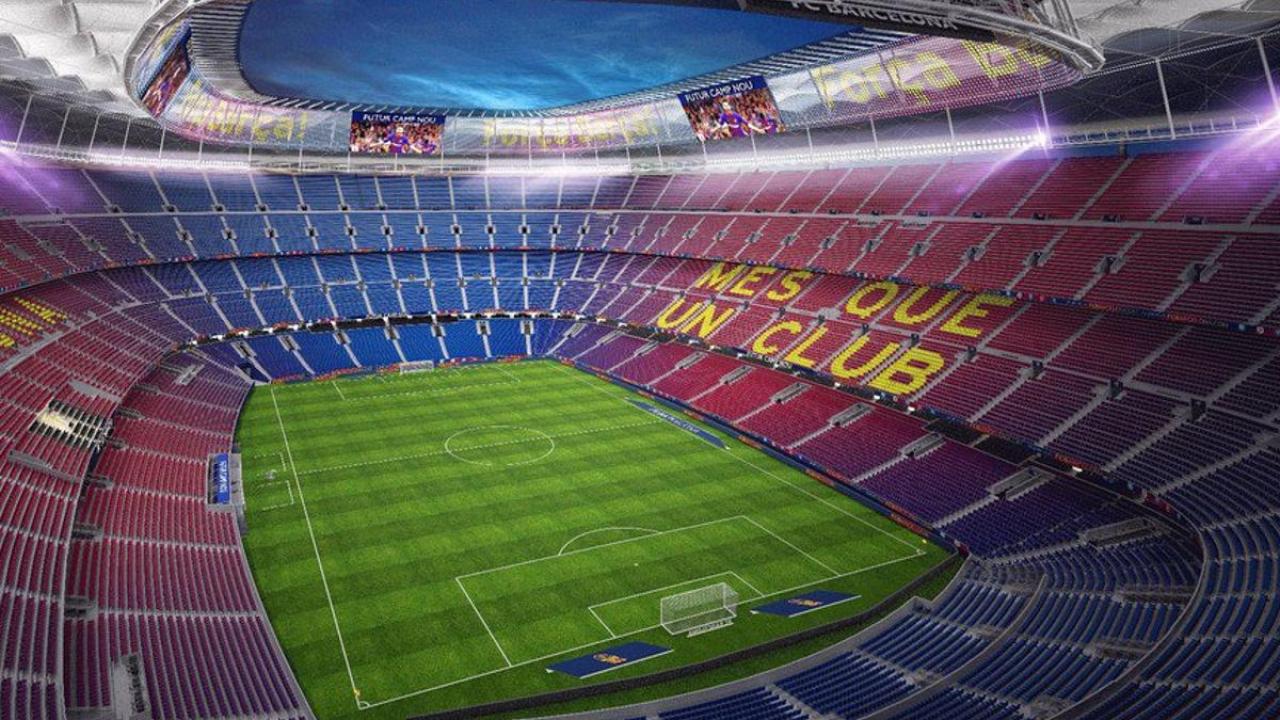 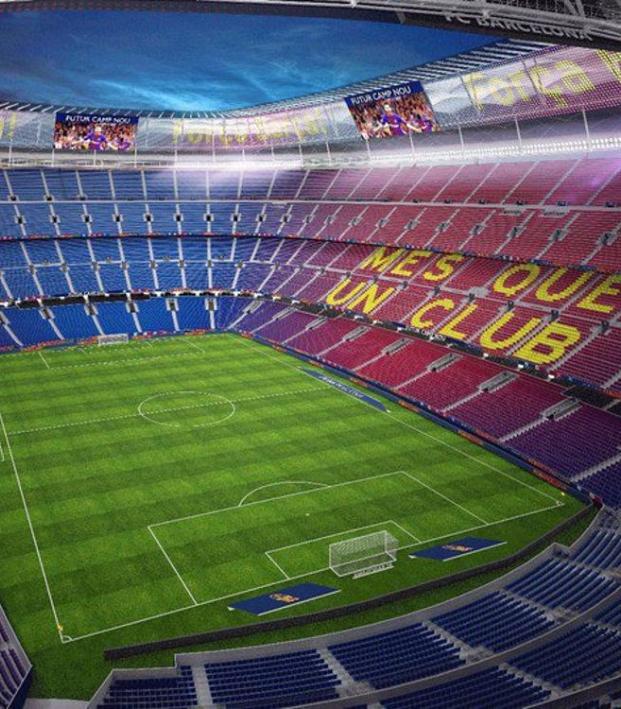 Reuters October 8, 2020
The vice president of Barça believes it's now of the utmost importance.

Barcelona must press on with plans to renovate Camp Nou in order to replenish revenues lost because of the COVID-19 pandemic, vice-president Jordi Moix told Reuters, adding that the $957 million project will pay for itself.

The club announced a financing deal with Goldman Sachs on Monday to modernize their iconic but run down stadium and raise its capacity from 99,000 to 105,000. Should the plan be approved by club members next year, building work can begin by June 2021 and will take around five years to complete.

The announcement came on the same day Barça released a grim set of financial figures, showing a loss of $114 million, while its net debt had more than doubled to $574 million. Revenues were also down 19% from the previous year, by $159 million, as fans have been unable to attend matches due to coronavirus safety measures.

The club has also been harmed by the huge drop in tourism to the city due to the pandemic, affecting income from its museum, which usually receives 1.2 million visitors per year, and from merchandising.

According to Moix, the renovation of the stadium and surrounding area, known as Espai Barça, has been made more urgent by the pandemic.

"Espai Barça is needed more than ever because of COVID," Moix told Reuters in a video interview. "It's a way to re-engine the economy of the city and the club and generate new revenues, but we have to put that investment in."

The financing deal with Goldman Sachs ensures that the cost of the stadium will not interfere with the daily running of the club or affect its ability to attract and keep the best players in the world.

Key to the financing scheme is the creation of an extra $176 million per year once the stadium is refurbished, allowing the club to repay Goldman Sachs $59 million per year.

"We have a stadium where nothing new has been done since 1982, so there is a bunch of activities and potential revenues that we don't have now in the stadium that will be generated in the new one," Moix explained. "So we agreed a scheme where Goldman has the right to be paid as a guarantee for the repayment on those revenues year-by-year."

Moix added that the club expected to earn an extra $59 million per year from ticket sales and increased food and drink income due to expanding capacity to 105,000. Another $59 million will come from increasing the number of corporate boxes from 30 to 100, while a further $59 million is expected to be brought in by the naming rights of the stadium, plus more room for sponsors and extra commercial spaces.

Barça's plans to modernize Camp Nou were approved by members in 2014 but the project has faced repeated delays, due to political instability in the region as well as amendments to the original proposal and rising costs.

And while Barça's plans have stalled, Real Madrid have begun their facelift of the Santiago Bernabéu, taking advantage of the ban on supporters to accelerate building work.

"The good news is that after heavy negotiations with parties, we've managed to get this agreement, so we've achieved a masterplan for the club which generates incremental revenue," Moix added.

Barça president Josep Maria Bartomeu and the board are set to face a motion of no confidence due to growing anger from supporters about the management of the club, provoked by the recent 8-2 defeat to Bayern Munich in the Champions League and captain Lionel Messi's attempt to leave the club. But Moix said board members were continuing to look to the future, adding they are trying to limit the damage caused by the pandemic.

"We've made mistakes but we have made some good decisions, we have invested $823 million net in the last 10 years, we have won six LaLiga titles, five Copa del Rey trophies, one Champions League," he said. "As long as we are at the club we will manage it... so the club doesn't get affected by the thunderstorm of COVID."