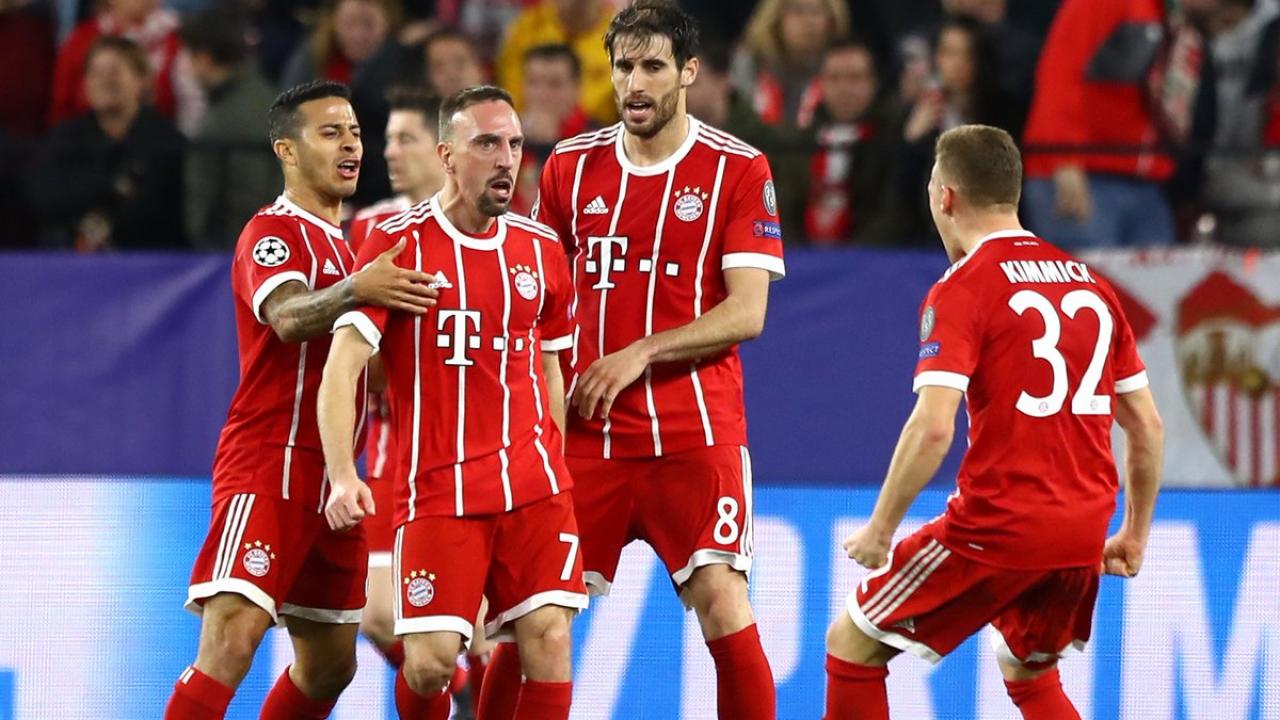 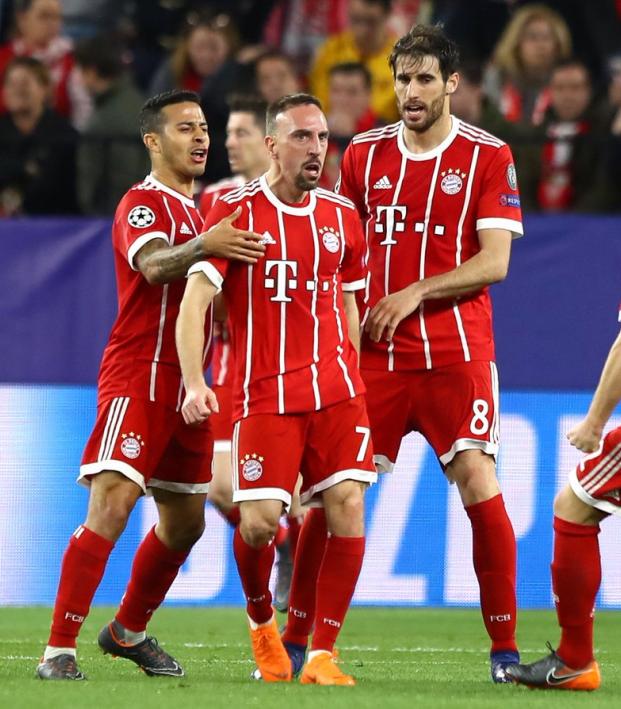 Connor Fleming April 3, 2018
Ribery was involved in both goals, and Bayern Munich recorded a 2-1 victory over Sevilla at the Ramon Sanchez.

Bayern Munich took a massive step towards the Champions League semifinals with a 2-1 away first leg victory over Sevilla in the quarters. Pablo Sarabia opened the scoring for the hosts, but a Jesus Navas own goal and header from Thiago Alcantara put Bayern in the driver's seat ahead of the return leg in Munich.

The opening 35 minutes was close to perfection from Sevilla with regards to executing their game plan. Bayern controlled possession from the start, but the likes of Sergio Escudero, Joaquin Correa and Pablo Sarabia showcased the club’s devastating quality on the counter.

20 minutes into the match, the Spanish side had the German giants well and truly on the back foot, culminating in a wonderful chance for Sarabia. However, with the goal at his mercy, the 25-year-old winger somehow managed to push his shot wide.

Still 0-0 in #SFCFCB, but #SevillaFC should really be ahead. The ball fell kindly to Pablo Sarabia in the box with the goal gaping, but he somehow put his shot wide. Terrible miss, #FCBayern were fortunate. #UCL pic.twitter.com/hggARFB5ud

But 12 minutes later, Sarabia would make amends. A sweeping cross from Steven N’Zonzi put Juan Bernat in a difficult position, and although there was a hint of handball in the way Sarabia controlled the pass, the Sevilla attacker ultimately swept the ball home to put his club up in the 32’.

Sarabia makes up for his earlier miss to put the home side in front. 1-0. pic.twitter.com/I5TuDV4Fon

Things appeared to have swung decidedly in Sevilla’s favor when Arturo Vidal was forced off with an injury only minutes later, but the introduction of James Rodriguez quickly led to Bayern’s equalizer.

After receiving a pass from Thomas Muller in the midfield, James ran at the defense before playing it to Franck Ribery out wide. The Frenchman aimed a cross at Robert Lewandowski, but Jesus Navas ultimately provided the touch to send the ball past his own goalkeeper.

At halftime, Jupp Heynckes gave Bernat the hook in favor of Rafinha, but Sevilla maintained their bit of menace after the break. One counter looked certain to end with a Sevilla goal, but Javi Martinez made a remarkable tackle to sniff out the danger.

Then, in the 68th minute, Bayern all but ended the Sevilla dream. Ribery whipped in a dangerous ball from out wide, and Thiago Alcantara attacked it before directing a header on frame.

It took a touch on the way to goal, but the Spanish international still gets credit for Bayern’s all-important second goal.

With the wind knocked out of the Ramon Sanchez Pizjuan Stadium, Bayern effectively killed off the match in the final 20 minutes. The German club might've added a third if not for some fine saves from keeper David Soria.

Sevilla were good, but Thiago, Ribery and Martinez were better.