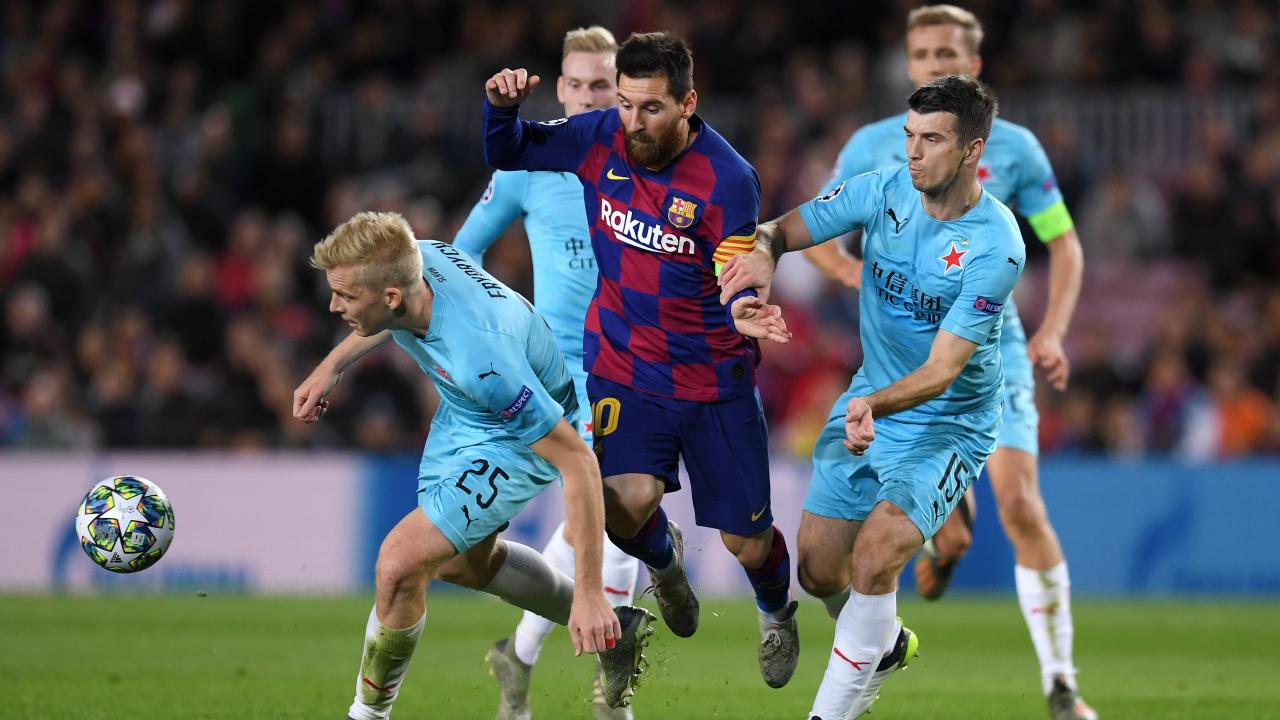 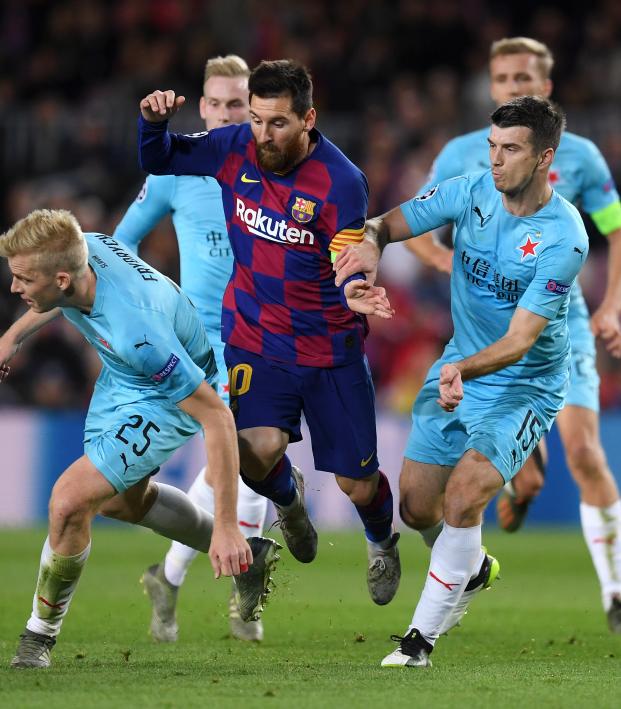 Connor Fleming November 5, 2019
Arturo Vidal’s deployment as a sacrificial false 9 made for a stuttering encounter at the Camp Nou.

Swaths of empty seats around the Camp Nou on Tuesday for Slavia Prague's visit in the Champions League reflected the current malaise surrounding Barcelona, one amplified by this past weekend’s 3-1 defeat to Levante in LaLiga. That match both increased the pressure on manager Ernesto Valverde and condemned Luis Suárez to a three-week spell on the sidelines with a new calf injury.

Valverde did himself absolutely no favors Tuesday by electing to play Arturo Vidal as the furthest man forward at most times, allowing Lionel Messi to go wherever he wished but also resulting in Antoine Griezmann being shunted out wide on the left. The tactic only increased questions surrounding Valverde, Griezmann and Barça’s Lionel Messi-dependence as they stuttered to a goalless draw against a Slavia side that has a total squad value of around one Nélson Semedo.

That is, of course, unfair to a Slavia team that’s still undefeated in the Czech First League after 15 matches and one that held Inter Milan to a 1-1 draw at the San Siro on Match Day 1 before coming oh-so-close to taking a point off Barcelona in Prague on Match Day 3.

But for a side that harbors Champion League-title-or-bust aspirations like Barcelona, this was a match that laid bare how much further behind they are — as a collective — than the likes of Liverpool and Manchester City.

Before the game, Arsène Wenger spoke about how Barcelona had slowly transitioned from the world’s best side to one that simply stands around waiting for Messi to conjure something magical.

Wenger says #FCBarcelona rely too much on Lionel Messi and have "lost their charisma".#beINUCL #beINWenger

That, in essence, is exactly what Valverde attempted with his deployment Tuesday. Ousmane Dembélé had a poor 65 minutes out on the right-hand side (although he did set up Sergi Roberto with a fantastic dink, only for Roberto to get stonewalled while electing to try a cute nutmeg finish), but it was the decision to essentially sacrifice Vidal while simultaneously isolating Griezmann that worked to zero effect.

After 45 minutes, Vidal had recorded the least amount of touches of anyone on the pitch (19). Griezmann wasn’t far ahead of him with only 22 touches of the ball. This was Vidal’s best contribution — a completed pass from the ground . . . with his head. Valverde has finally got his players playing like Phil Jones.

Having said that, the Messi reliance still produces its moments, because Messi is Messi. This sprint from the halfway line ended with a shot off the crossbar and almost justified the manager’s decision to play 9 vs. 11.

If Messi finished this... pic.twitter.com/hxhqU7AT44

What’s even more worrying for Barça is that Slavia didn’t exactly park the bus. If anything, it was Slavia that had a right to complain about three first half tactical fouls from Barcelona — all resulting in yellow cards — which ruined attacks that looked destined to scythe Barcelona apart.

The second half introductions of Ansu Fati, Roberto and Ivan Rakitić failed to change much, although the 17-year-old came close to setting up Messi for the winner.

Regardless of what happens later in the day between Borussia Dortmund and Inter, Barcelona retains top spot in Group F with eight points from four matches. However, the remaining Champions League fixtures read at home to Dortmund followed by a trip to the San Siro to play Inter — passage to the Round of 16 is no sure thing.

Does the Barcelona board stick or twist? It’s a decision that’ll define Barcelona’s season and, by extension, shape the tail end of Messi’s career.