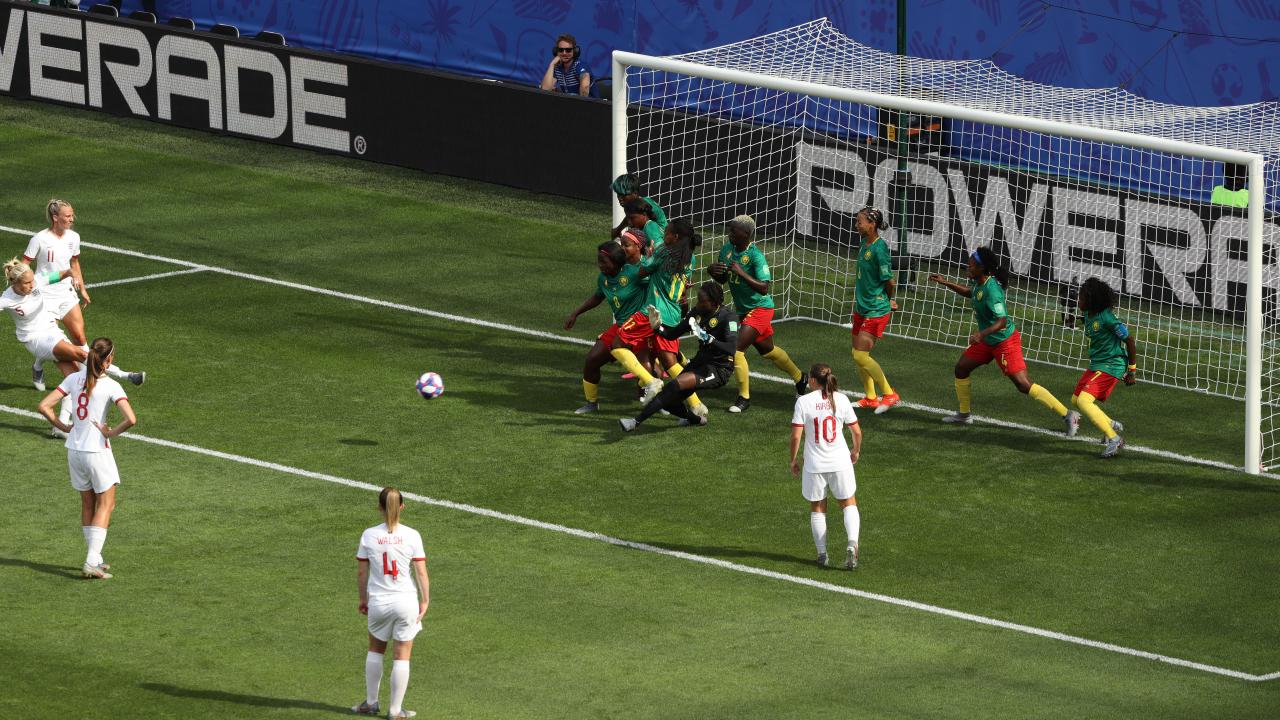 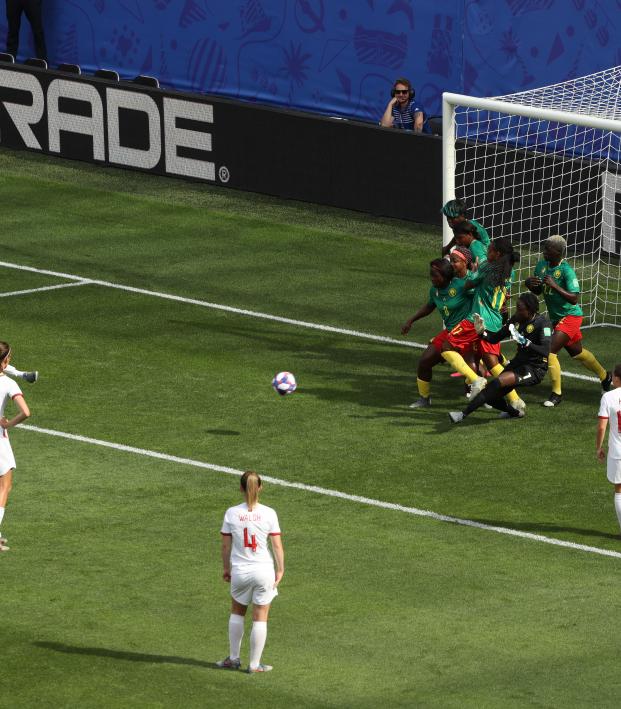 The opening goal from today’s Women’s World Cup Round of 16 match between England and Cameroon was an epic tale involving back passes, indirect free kicks and saliva. Yeah, that kind of goal.

The story begins in the 12th minute, when Cameroon’s Augustine Ejangue cushioned a cross straight towards her own goalkeeper. Instead of clearing it, Annette Ngo Ndom picked it up, putting Cameroon in violation of the back-pass rule.

Here's a look at the infraction leading to the #ENG goal.

Ndom picks up the back pass from Ejangue. As @ChristinaUnkel confirms, that's not allowed. pic.twitter.com/sf2Gf4G5TG

While contesting the decision, Ejangue appeared to spit on Toni Duggan. The referee didn’t see it.

But the stage was set for an indirect free kick in the box. This scenario almost always leads to an extremely memorable sequence of events, and we were not left disappointed this time around.

Duggan rolled it into the path of Steph Houghton, and she curled her finish inside the far post.

England take the lead on an indirect free kick after a deliberate back pass, as Steph Houghton places it PERFECTLY. #FIFAWWC pic.twitter.com/CK0pSr7Zhu

Ellen White would add a second just before halftime to put England up 2-0. The assistant originally flagged it for offside, but the VAR intervened to correctly allow the goal.

Ellen White scores her 4th goal of this #FIFAWWC after VAR overturns the offside call. pic.twitter.com/WGa945dV55

Entire team remonstrating with the ref this is surreal pic.twitter.com/LE59kf62qR