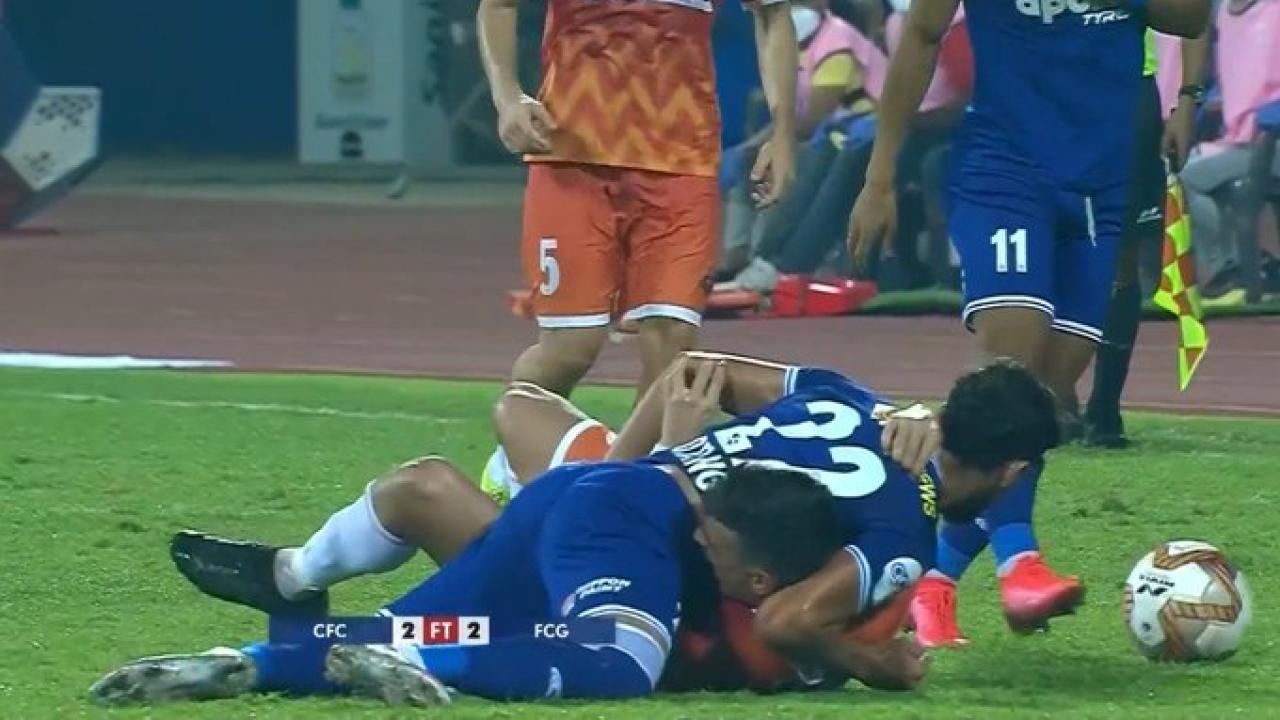 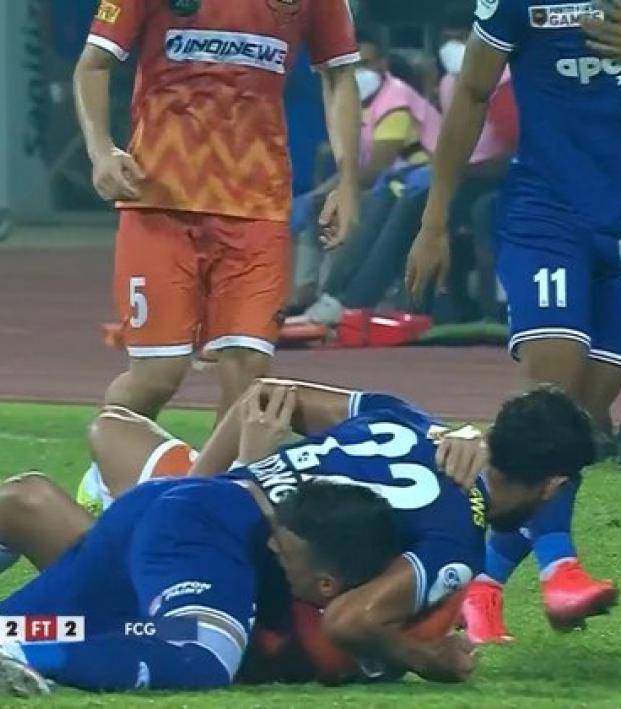 Connor Fleming February 14, 2021
FC Goa's Edu Bedia was only given a yellow card for this…

Edu Bedia is one of the biggest names in the Indian Super League. The 31-year-old Spanish midfielder — after stints with Racing Santander, Barcelona B, 1860 Munich and Real Zaragoza — has been with FC Goa since 2017 and now serves as the club’s captain.

Goa won the League Winners Shield last season before losing in the semifinals of the playoffs, and another trip to the postseason beckons with the club currently third in the table. But they’ll almost certainly have to navigate that path without their skipper after Bedia feasted on the ribs of Chennaiyin’s Deepak Tangri on Saturday.

The incident took place deep in stoppage time with the score level at 2-2, although Bedia would only receive a yellow card for treating Tangri like the spare ribs at Rodney Scott’s Whole Hog BBQ.

Bedia denies any wrong doing. There are certainly shades of Luis Suárez initially claiming that he made “contact with (Giorgio Chiellini’s) shoulder, nothing more” and that “things like that happen all the time.”

It was just "a gesture of anger," OK?

Former Canadian international Iain Hume, who was a star in India with Kerala Blasters and Atlético de Kolkata, doesn’t believe that Bedia will play again this season.

I’m sorry Marcus, I know how good a player he has been and how instrumental he is to the way Goa play. But if he plays again this season, something hasn’t been done correctly. You can’t bite an opponent! #FACT

Chennaiyin has reported the incident to the All India Football Federation (AIFF) and provided evidence against Bedia.