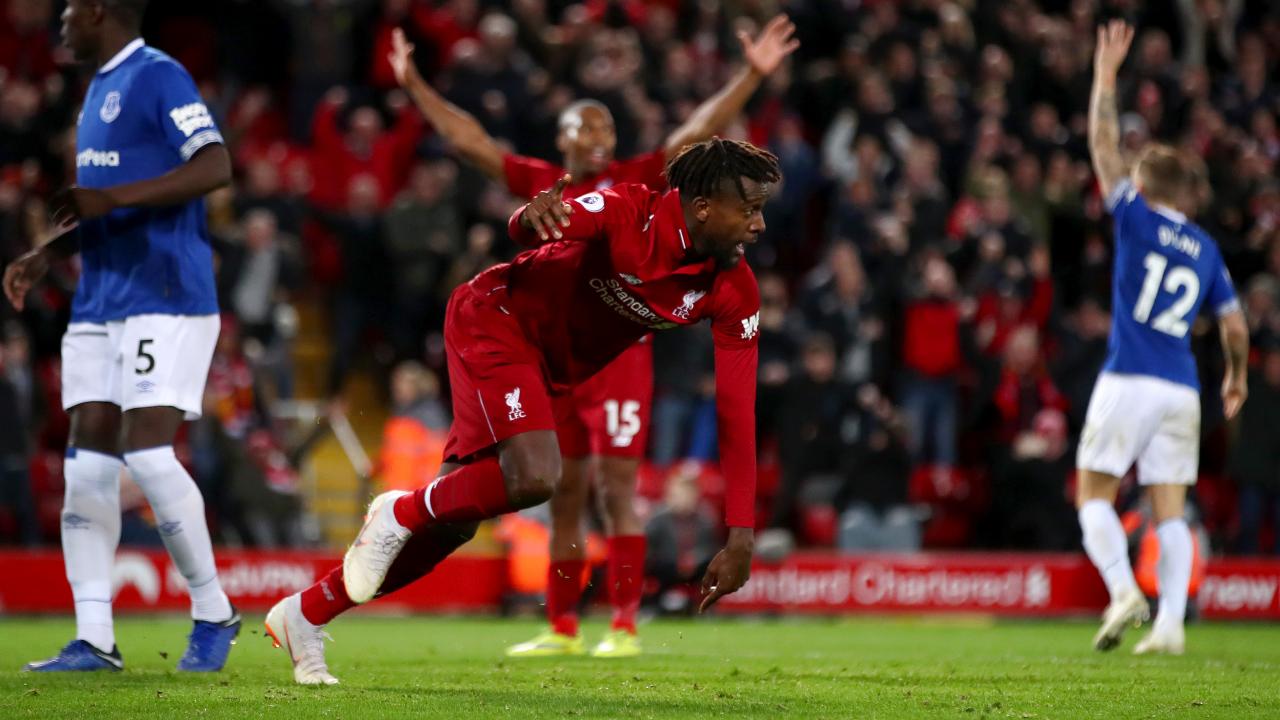 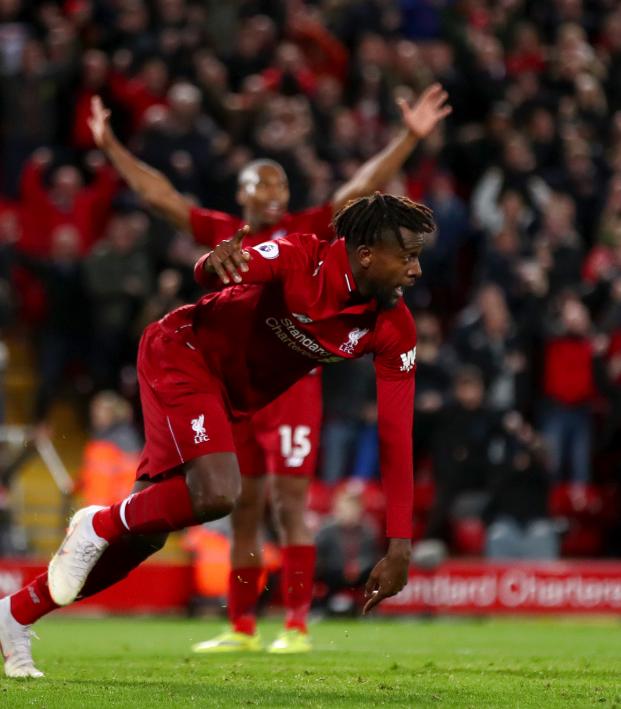 A closely contested Merseyside Derby was decided in the 96th minute after Divock Origi was on hand to head home the strangest of match-winners at Anfield. With Manchester City continuing to eviscerate the opposition, Origi’s dramatic miracle kept Liverpool within two points of the leaders, but what a truly miserable way to lose a match for Everton and goalkeeper Jordan Pickford.

Deep in stoppage time, Virgil van Dijk got his volley at the top of the box horribly wrong. However, the skyward effort spooned down on Pickford’s goal. For whatever reason, the England international was unable to tip the ball over, and a couple freakish bounces brought it straight to Origi, who plundered home the winner.

Origi scores a stoppage time goal and Klopp runs onto the pitch! pic.twitter.com/ZbmPWsBPSM

Anfield lost it. Jürgen Klopp well and truly lost it — he sprinted to the center circle (we've still got time to play, mind you) to celebrate with Alisson, and you really aren’t allowed to do that.