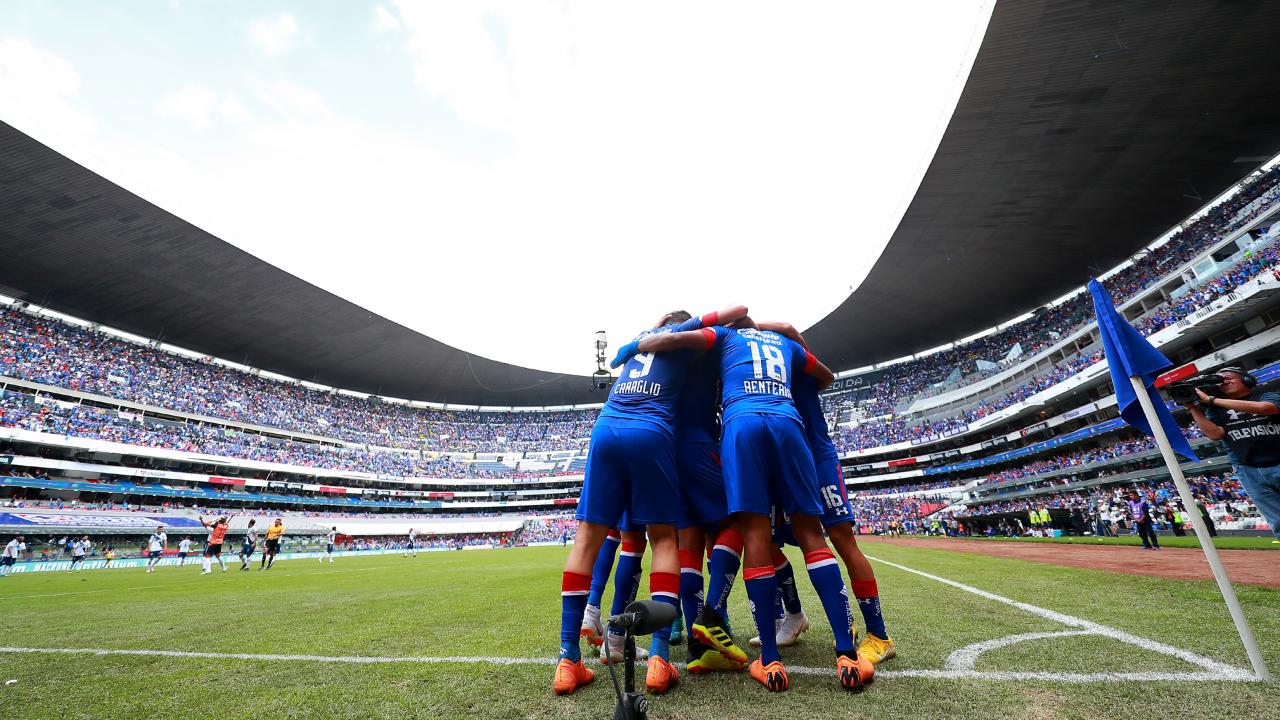 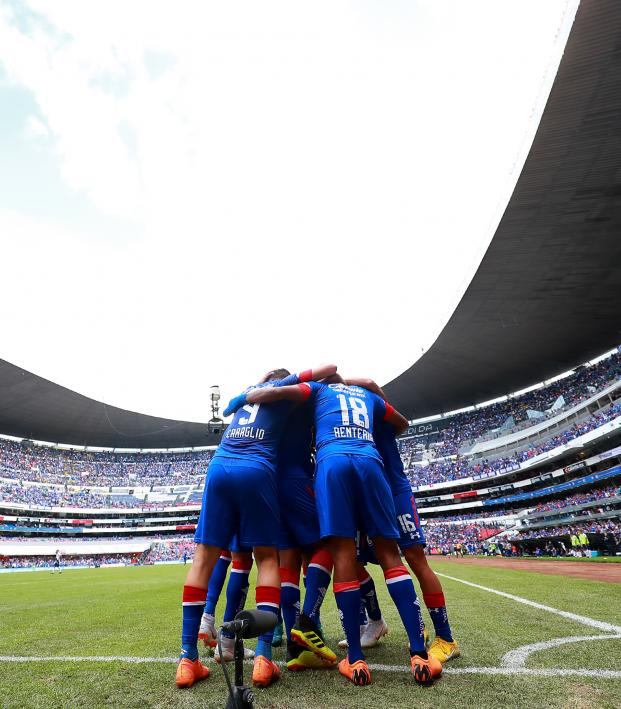 Tabaré Azcona July 24, 2018
Cruz Azul will play its home games at Estadio Azteca starting this season and fans are hopeful this will bring a two-decade curse to an end.

Cruz Azul is one of the most popular and most successful teams in Mexico.

A Glorious Past At Estadio Azteca

Much of their greatness comes from the 1980s, when the team became an absolute winning machine in Mexican football.

The blistering success of Los Celestes back in the day resulted in sky-rocketing popularity, and by the end of the decade Cruz Azul had become one of Liga MX grandes or "greats" alongside Club América, Chivas de Guadalajara and Pumas UNAM.

Interestingly, the team's golden era came at a time when local Cruz Azul games were played at Estadio Azteca.

Back in the day, the mythical stadium was shared by numerous teams. In fact, there was a time in which Club América, Cruz Azul and Necaxa all played their home games at the Coloso de Santa Úrsula.

Cruz Azul first started playing at the Azteca in 1971 when it was a young team looking to achieve great things.

Playing at Estadio Azteca, Cruz Azul won five of its eight league titles and became a giant in Mexican soccer.

Over 20 Years Of Misfortune At Estadio Azul

After having played 20 years renting Estadio Azteca, Cruz Azul moved to its own stadium, Estadio Azul, in 1996.

Although no doubt a downgrade from Estadio Azteca, the Celestes must have been happy to get their own stadium and thus stop sharing the dressing room with archrival Club América.

However, Cruz Azul's stay at Estadio Azul could not have been more bitter.

La Máquina won their last league title in 1997 when they beat Club León at the Nou Camp.

That remains their last Liga MX title to this day.

In 22 years, Cruz Azul failed to win a single final at Estadio Azul, and not for a lack of opportunities.

Cruz Azul is actually the team to have lost the most league finals in Mexico.

Los Celestes have played the most defining stage of Mexico's tournament 15 times, winning six finals and losing nine — five of those playing at the Azteca.

For this reason, Cruz Azul is popularly believed to be cursed and to be a synonym of bad luck.

In case all this wasn't enough, La Máquina Cementera has also lost finals in the most painful ways imaginable, and to the furthermost rivals.

Perhaps the saddest memory for every Cruz Azul fan is the league final against Club América, in which Miguel Herrera's men and a biblical deluge washed all Celeste hopes away.

That was also the time when Cruz Azul came closest to ending its curse. Cruz Azul had a two-goal advantage until the 88th minute of the second leg.

And yet, somehow, Club América made La Maldición Celeste effective once again, scoring two agonizing goals in the last five minutes, sending the game into extra time and then winning it in the penalty shootout.

Incidentally, the tragic game was played at the Azteca, but one should consider Cruz Azul was then the visiting squad.

Despite all of this, every season, Cruz Azul and all its fans greet the tournament with a renewed sense of illusion and optimism.

This is not to say they are simply naive; on the contrary, Cruz Azul fans are no doubt among the most loyal, stoic and unrelenting in Mexican and perhaps world football.

And it seems like this time, more than ever, Cruz Azul can get rid of the curse that has haunted it for the past 21 years.

The Apertura 2018 sees the return of Cruz Azul to Estadio Azteca after 22 years.

Estadio Azul will be torn down and so La Máquina returns to the home that saw them win it all.

Naturally, some Cruz Azul fans are not entirely satisfied with the move as it means, in a way, being Club América's unwanted guests.

Moreover, the two decades spent at Estadio Azul played an important role in constituting identity bonds between team and fans.

Nevertheless, the first local Cruz Azul game at Estadio Azteca was played on Saturday evening and a huge crowd welcomed its beloved team back.

The game ended with a 3-0 Cruz Azul victory over Puebla. The three goals were scored in the last 10 minutes of the match and Elías Hernández scored what will probably be considered the goal of the season.

With the result, the Celestes are dreaming once again that this could, at last, be their year.

But the Estadio Azteca is not the only Club América thing Cruz Azul is recycling this season.

Ricardo Peláez has joined La Máquina in an effort to help the team reclaim its protagonist role in Liga MX.

Peláez was most successful when he served as Club América's sporting president from 2011 to 2017. Back then, Peláez was working closely alongside Miguel Herrera for Las Águilas.

Center back Pablo Aguilar is also a former águila. He is arguably also the best defender in Liga MX and can be a defining asset for Cruz Azul's ambitions.

To the incorporations of Peláez and Aguilar — apart from the previous one of coach Pedro Caixinha — one should add those of Elías Hernández, Milton Caraglio, Roberto Alvarado and Igor Lichnovski.

Cruz Azul appears to mean serious business and has built one of the most dynamic rosters of the tournament.

Fans should be excited despite past bitter memories.

Time will tell if La Máquina can get rid of the nefarious curse and reclaim their grandeur in Mexican football. Hopefully it won't take another 22 years.