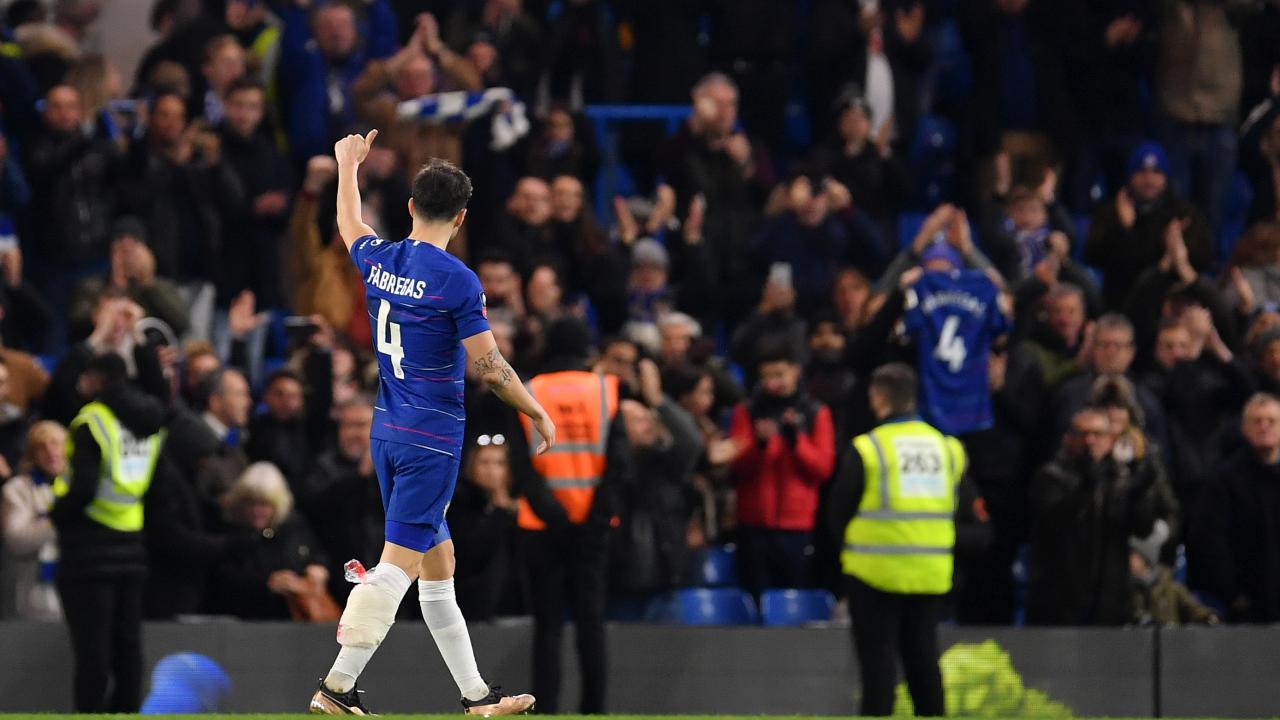 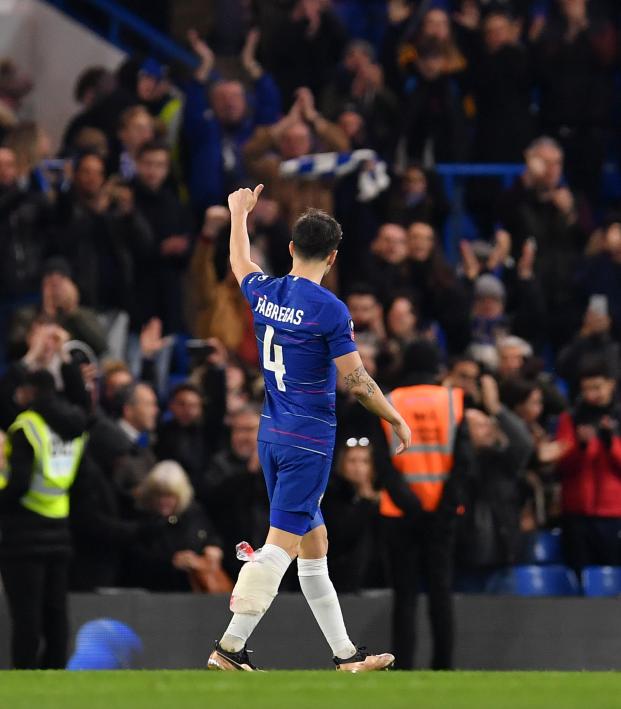 Travis Yoesting January 5, 2019
One of the Premier League’s greatest midfielders played what was likely his final match with an English club.

More than 15 years after Arsene Wenger brought Cesc Fàbregas to London at the tender age of 16, the Spanish midfielder played what was likely his final match for an English club. It was a little emotional.

After eight seasons with Arsenal and 4.5 more with Chelsea (with a brief stint at Barcelona in between), Fàbregas said farewell to the London fans, who gave him a heartfelt sendoff late in Chelsea’s 2-0 win over Nottingham Forest in the FA Cup on Saturday at Stamford Bridge.

Maurizio Sarri subbed the beloved player out for N’Golo Kanté in the 85th minute, giving those at Stamford Bridge a chance to say goodbye.

Fàbregas, who wore the captain’s armband Saturday, appears to be headed to AS Monaco during the January transfer window, where he’ll be reunited with Thierry Henry, now the Monaco coach.

Fàbregas also scored 29 Premier League goals, though he missed a chance to score on his sendoff when he hit a poor penalty shot in the first half.

On what could be his last game for Chelsea, Cesc Fàbregas stepped up to take a penalty ... only to see his shot saved! pic.twitter.com/cgnUntux44

Fàbregas was a part of the Gunners’ Invincibles in 2003-04, though he didn’t actually appear in any Premier League matches as a 16-year-old. He did win two Premier League titles with Chelsea to go with two FA Cups (one Arsenal, one Chelsea). With Barcelona, Fàbregas won a LaLiga crown and Club World Cup trophy.

Perhaps Fàbregas’ greatest achievements have come with the Spanish national team as part of the sides that won two European Championships and the World Cup in a four-year span.

Not that Fàbregas’ career is over by any means. At 31 he’s still got some life left in his legs and he might be what Henry needs to rejuvenate his Monaco side (along with the recent addition of fellow old man Naldo).

While Fàbregas wasn’t able to score Saturday, surprisingly, Álvaro Morata was — twice. Callum Hudson-Odoi showed off some strong ability on the right wing with two assists to the Spanish striker, first in the 49th minute and again 10 minutes later.

In the end, it was a fairly straightforward 2-0 win for Chelsea against Forest. But Fàbregas won’t be around for the fourth round of the FA Cup.