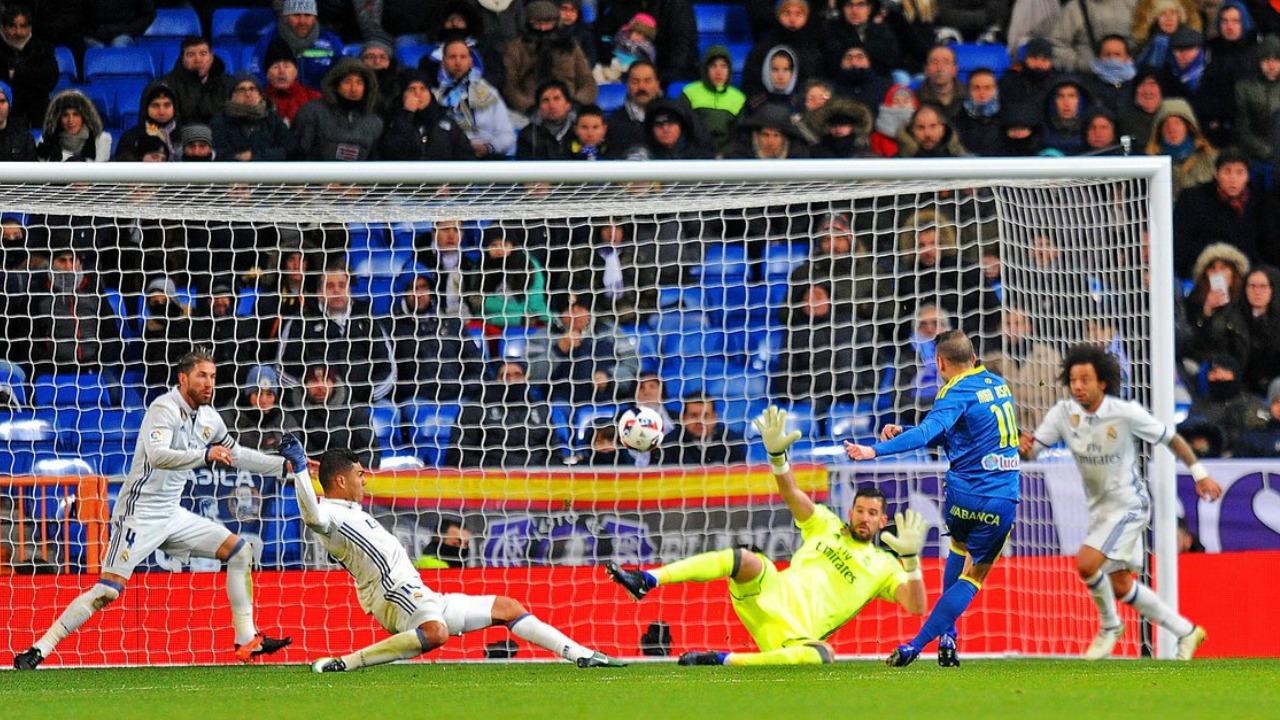 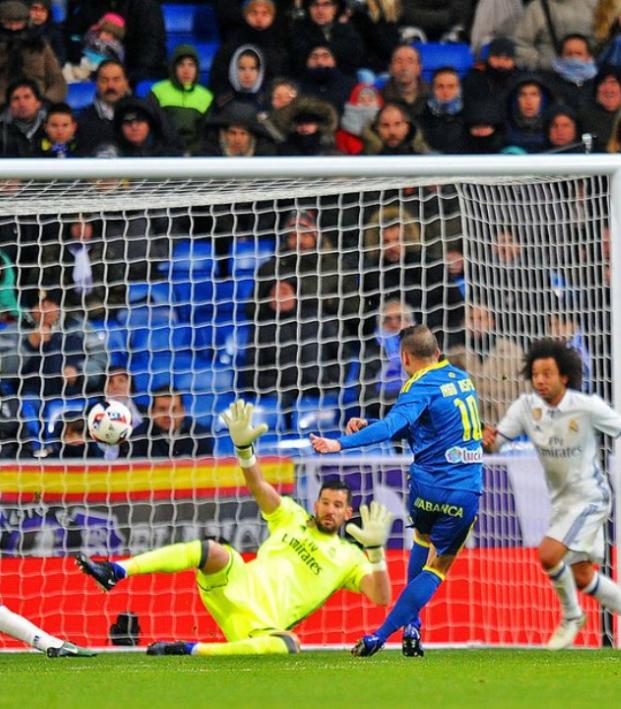 Connor Fleming January 18, 2017
A couple of massive errors from Real Madrid handed Celta Vigo a vital 2-1 victory at the Bernabeu in the first leg of their Copa del Rey quarterfinal.

Real Madrid’s hopes of winning the treble suffered a blow as Celta Vigo scored an improbable 2-1 victory in the Copa del Rey quarterfinal first leg at the Santiago Bernabeu. Real will now look to overturn the deficit on January 25 at the Balaidos in Galicia.

Zinedine Zidane has seen his total number of losses as Real Madrid manager double in the space of three days, although that speaks more for his remarkable success at the helm than it does any sort of crisis in the Spanish capital.

Zidane named a strong squad for this first leg encounter, including Luka Modric, Cristiano Ronaldo and Toni Kroos, but Karim Benzema and Alvaro Morata started on the bench for the league leaders.

Neither side could carve out a clear opportunity in the first half — Kroos forced a good save from Sergio Alvarez, but Real looked a step off following Sunday’s clash with Sevilla.

The opening goal arrived in the 64th minute, and it was scored by Celta Vigo’s Iago Aspas. Marcelo failed to properly clear the ball and could only guide it directly to the midfielder.

But Marcelo made amends only five minutes later with a spectacular volley to even the score at 1-1.

Now THAT is how you make amends! @MarceloM12 makes up for his error but scoring an equalizer. #beINCopaDelRey pic.twitter.com/Wc6Mf8utEH

Celta Vigo took the lead again only a minute later after some inexplicable play from Real. Lucas Vazquez lost the ball in the Real half, and Sergio Ramos and Raphael Varane were nowhere to be found as Jonny scored the game winner.

Madrid could’ve easily equalized in the 83rd minute but Benzema somehow managed to miss with the goal at his mercy.