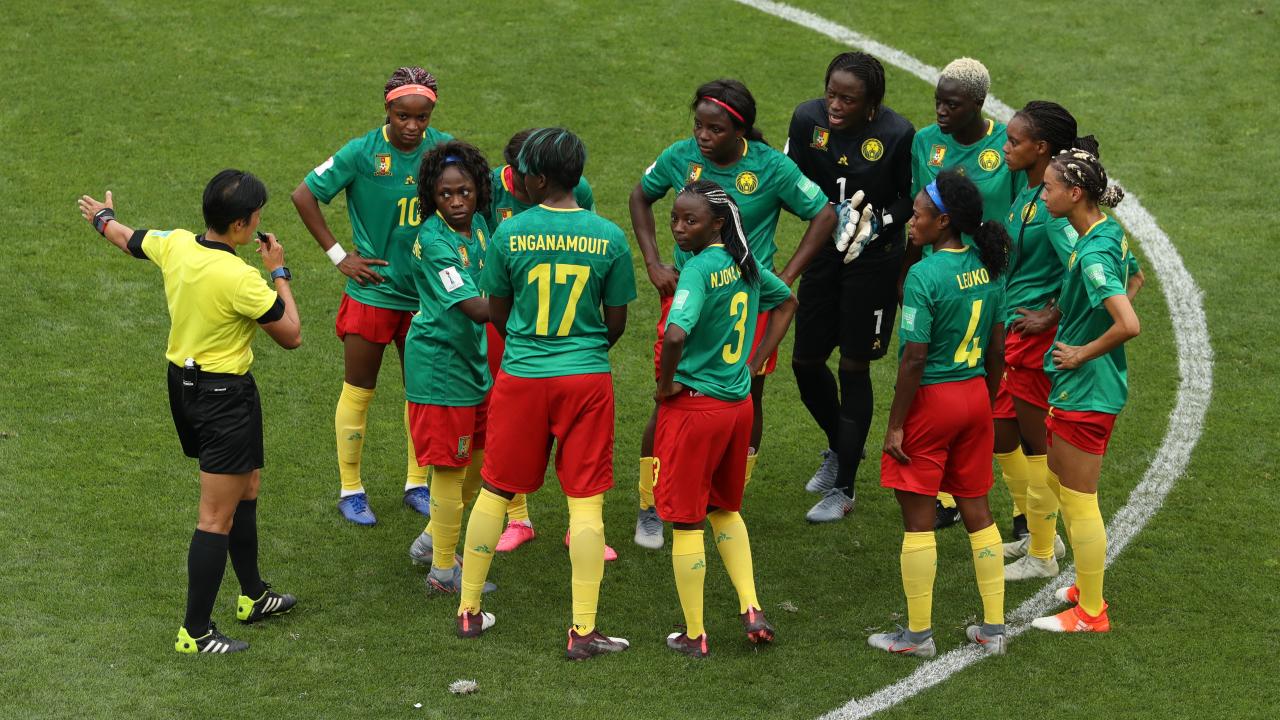 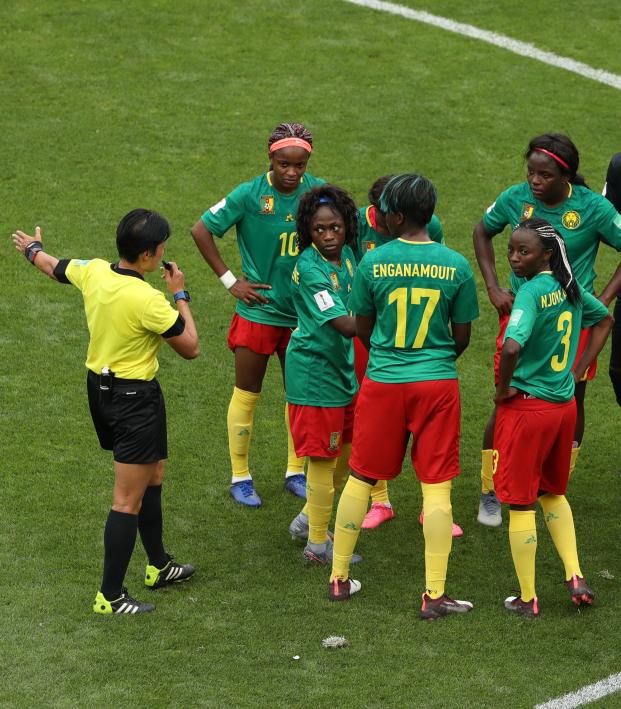 Connor Fleming June 23, 2019
No one was happy after England defeated Cameroon 3-0 on Sunday.

England’s 3-0 defeat of Cameroon in the Women’s World Cup Round of 16 today will live long in the memory for all the wrong reasons. The match threatened to descend into chaos on a number of occasions, and it left the players and managers of both nations fuming, albeit for very different reasons.

It all began with Steph Houghton’s opener in the 14th minute, which was the result of an indirect free kick in the box after the referee decided that Cameroon defender Augustine Ejangue and goalkeeper Annette Ngo Ndom had combined on an illegal back-pass.

It was the right call, but that Cameroon anger turned to rage when, after initially seeing England’s second goal ruled out for offside, the VAR intervened to rightly award Ellen White’s strike just before halftime.

Ellen White scores her 4th goal of this #FIFAWWC after VAR overturns the offside call. pic.twitter.com/WGa945dV55

This led to a very strange scene in which the Cameroon players remonstrated with the ref and formed a huddle that seemed to last for an eternity rather than kick-off and complete the first half.

Absolutely bizarre. England goal goes to VAR, clearly onside, Cameroon see a replay in stadium, and decide there’s been some great injustice. Refuse to kick-off for ages, then won’t listen to manager as half-time whistle goes, going into huddle instead. pic.twitter.com/fTDjQ2cQ0Z

Bizarre scenes as Cameroon has a 2-minute team huddle on the pitch before halftime during the game. This isn't American football. #ENGCMR pic.twitter.com/Cq2V7isED8

But the team talk seemed to work, because just after the start of the second half, Cameroon appeared to pull one back. However, after lengthy celebrations, the VAR stepped forward again to disallow the goal for offside. It was a matter of centimeters.

Minutes after that, England added a third. Cameroon was enraged.

The Cameroon players taking it out on the ref now. Comedy gold this game. pic.twitter.com/khEEvGE6Hz

After the match, England manager Phil Neville gave his opinion on the actions of Cameroon: “I sat through 90 minutes of football there and completely felt ashamed of the opposition. I did not enjoy the game for that reason apart from the fact we’re in the quarterfinal and have momentum. All those young girls and boys watching the game back in England — we had 5, 6, 7 million people watching England play an international game against Cameroon with that kind of behavior.

“I think it’s pretty sad. I can’t gloss over it and fudge it, and I’ve got to tell the truth to everybody.”

Not sure Cameroon should be the ones complaining...

Elbow to the face of Nikita Parris
Spitting on Toni Duggan
Shoving the referee in the back
Awful tackle on Steph Houghton pic.twitter.com/kkC6SmiC61

Cameroon’s manager, on the other hand, called the match a “miscarriage of justice.”

“I won’t go anything further than that,” Djeumfa said. “It’s a game, it’s a sport. The referee made a lot of mistakes tonight. The officials wanted something else, but then the girls lost some tempo and we need to take our hat off despite the refereeing mistakes for their performance.”