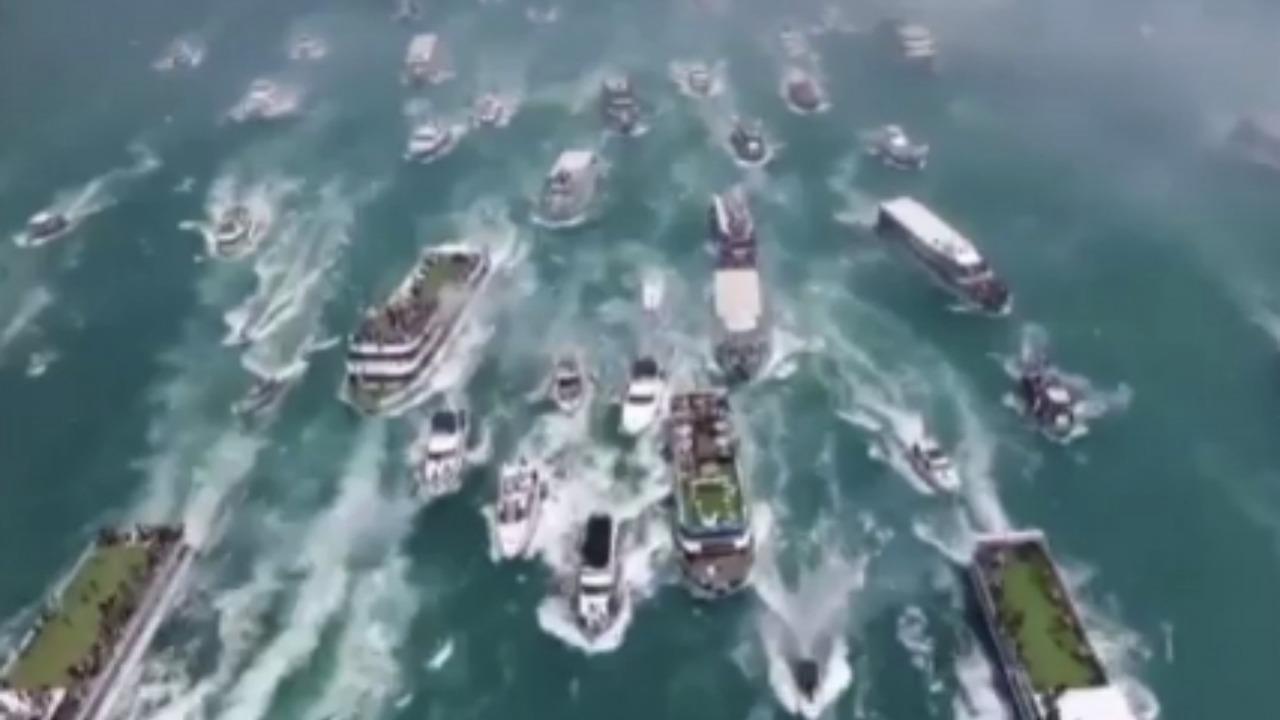 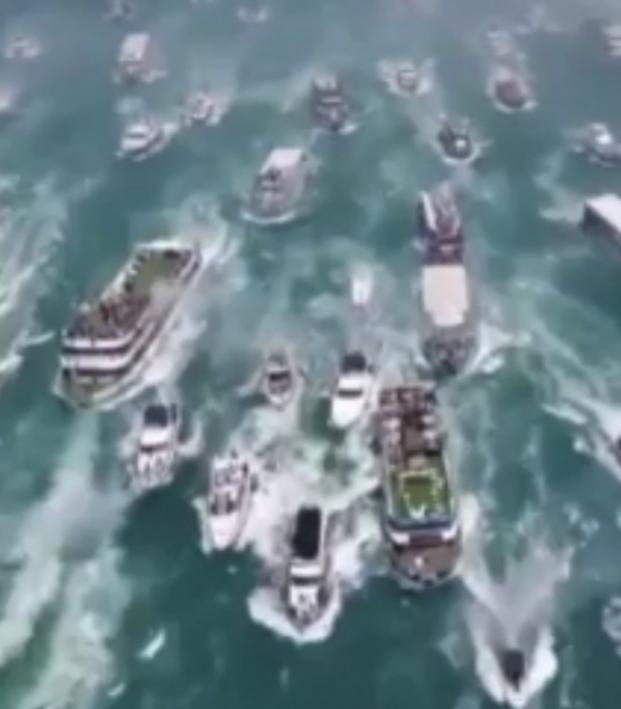 Besiktas Celebrate Their Title On A Big Blue Watery Road

Connor Fleming June 5, 2017
Besiktas celebrate their Turkish Super Lig Title by floatin' on a boat on the deep blue sea.

Besiktas celebrated back-to-back Turkish Super Lig titles (the first time they’d managed the feat since a three-peat between 1989 and 1992) with the customary victory parade, but the club’s unique geography allowed for some truly spectacular sights as they opted for a less traditional open-top boat.

Istanbul is a transcontinental city — it straddles the Bosphorus strait which separates Europe and Asia. Besiktas is located on the European side of that strait, but their stadium, Vodafone Park, is in such close proximity to the Bosphorus that it’s actually been designed in harmony with the waterway. In fact, the stadium’s east stand was kept extremely low so that the silhouette of the Bosphorus would remain unaffected.

The significance of the strait was in full effect on Saturday as the club and its supporters made their way to the stadium before disembarking and continuing via the overplayed method of motorbus.

Besiktas celebrated winning the league with a boat parade and an armada of fans in tow... pic.twitter.com/f12VaMmkQT

It was a good Saturday for these two. Photo: @Baba_Spor | Twitter