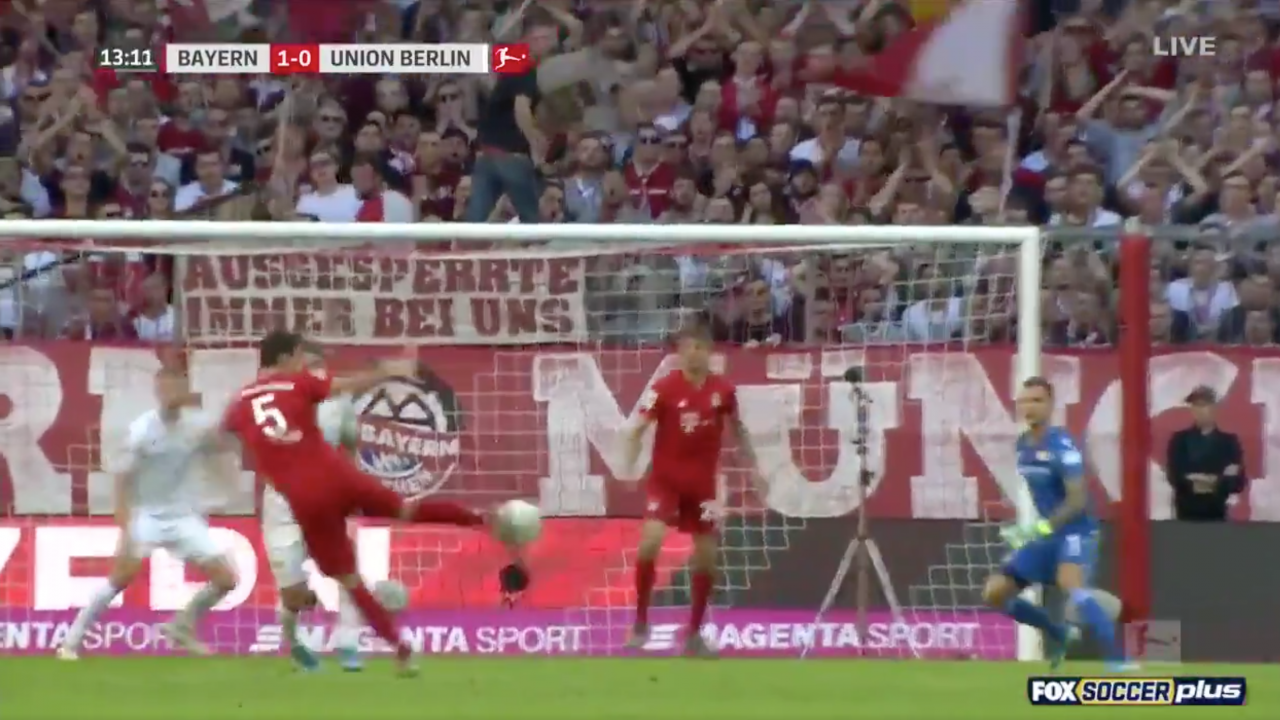 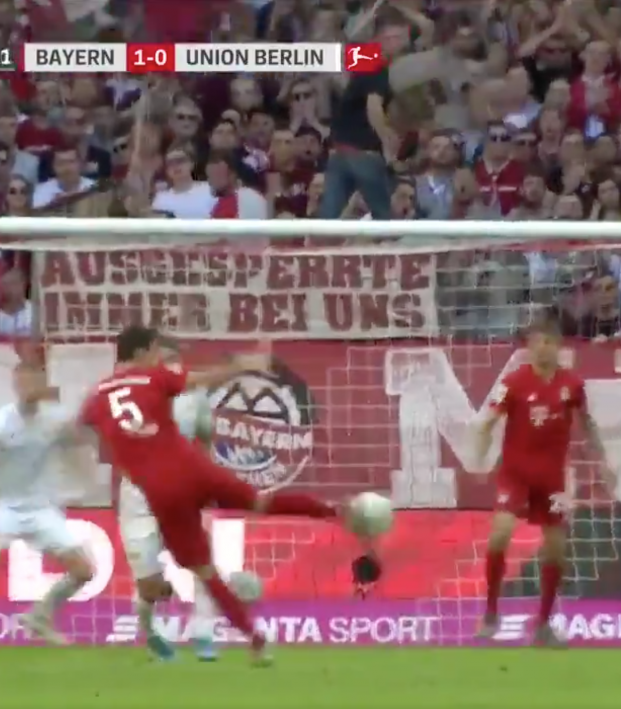 If it’s a Benjamin Pavard goal, you know it’s going to be a brilliant volley. The two are becoming synonymous.

The French defender who scored the best goal of the 2018 World Cup was back at it on Saturday, making perfect contact with a half-volley to fire Bayern Munich in front on the way to a 2-1 win over Union Berlin.

Bayern Munich went into Saturday in third place with the real possibility of falling to as low as ninth by the end of the weekend. But Pavard — and Robert Lewandowski, who else — found the back of the net to help the Bavarians prevail.

Pavard, who joined from Stuttgart over the summer, burst onto the scene as France’s right back at the 2018 World Cup. He smashed the most beautiful volley to help Les Bleus come from behind to beat Argentina in the Round of 16 on the way to the title. The effort was later named goal of the tournament, and no one could argue.

You cannot hit a ball better than that, even if you’re Pavard. But he tried on Saturday.

In the 13th minute, Union keeper Rafal Gikiewicz punched a cross out but only to the top of the box, where a 23-year-old Frenchman awaited. The result was just what we’ve come to expect from Pavard: a technically perfect half-volley fired into the goal.

What a hit, Benjamin Pavard!

The Frenchman hits a textbook volley to give @FCBayernUS an early start vs Union Berlin. #FCBFCU pic.twitter.com/h7ia5dlI1A

It cannot be overstated the technique required to smash a half-volley in that manner, where it was still rising as it hit the back of the net, even if the goalkeeper was out of position. Most players — even seasoned pros — would probably send that ball flying into Row Z.

Pavard played center back for Bayern on Saturday, due to a combination of injuries and the fact Joshua Kimmich, when lined up at right back, is a far better crosser. Interestingly, Niko Kovac started 18-year-old Canadian Alphonso Davies, who recently scored to beat the U.S., at left back, though he’s played there before with Canada and earlier this season against Paderborn.

As nice as the Benjamin Pavard goal was, Lewandowski came up with the eventual winner early in the second half. The Polish No. 9 became the first player to score in nine straight games to start a Bundesliga season by playing a one-two to himself off a defender.

Robert Lewandowski! @FCBayernUS's No.9 becomes the first player in @Bundesliga_EN history to score in 9 straight games to start the season. #FCBFCU pic.twitter.com/FEgnleBa8M

Sebastian Polter made it a little nervy late with an 86th-minute penalty kick for Union, but Bayern secured all three points to jump back to the top of the Bundesliga table, though Wolfsburg and Borussia Monchengladbach could end the week in first place.