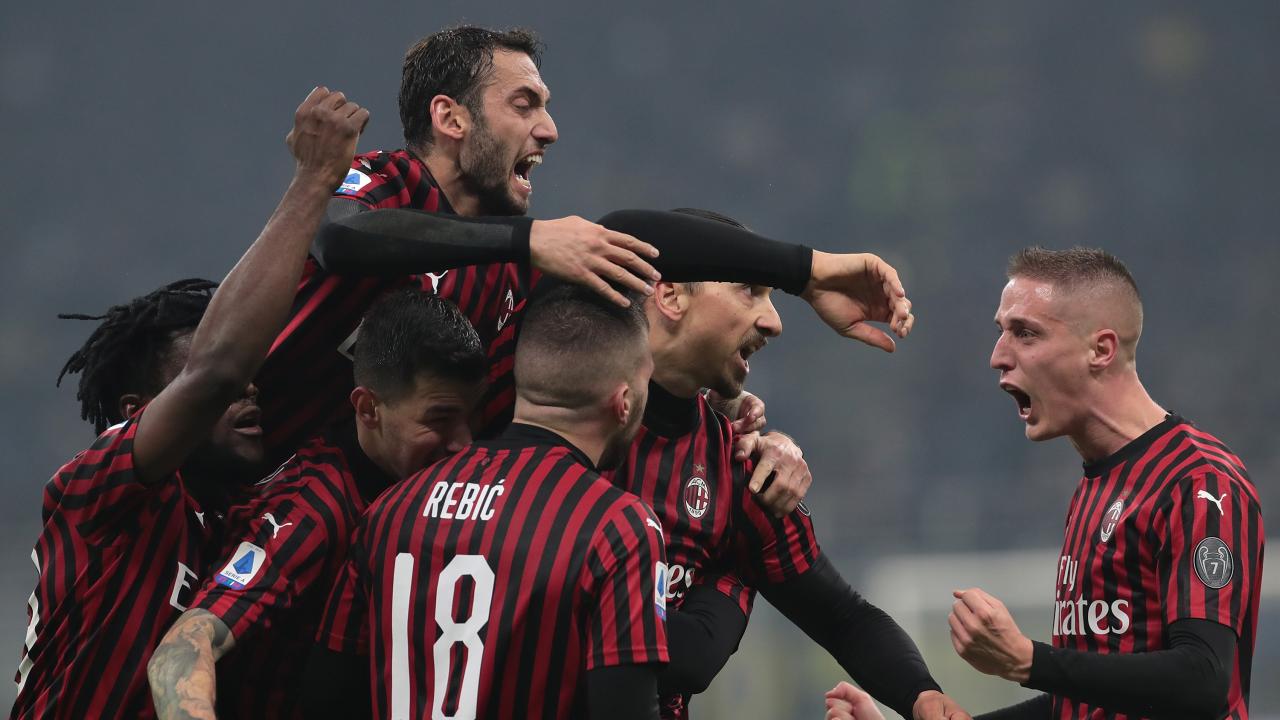 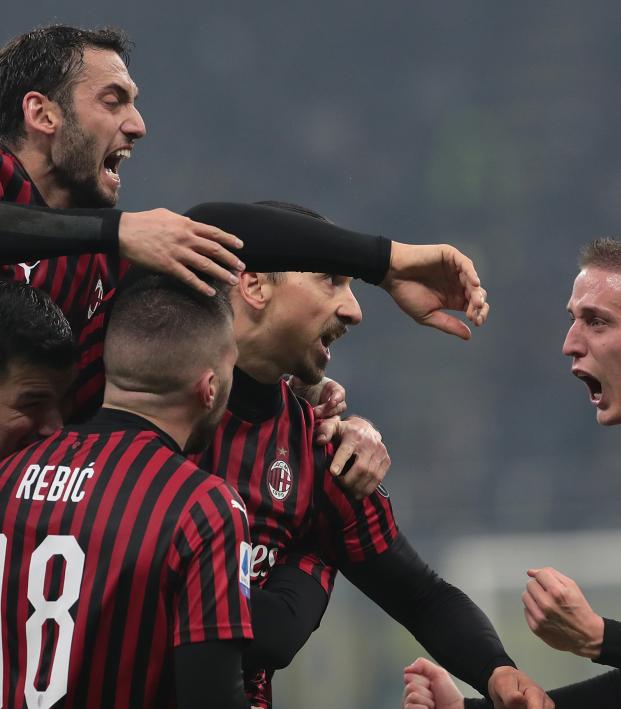 After Juventus’ shock 2-1 defeat to Verona on Saturday, Inter had the glorious chance of returning to the top of the Serie A table with a win on Sunday. But standing in the Nerazzurri’s way was rival AC Milan in the Derby della Madonnina.

Although Milan entered the match in 11th place, the club had been rejuvenated by the January arrival of Zlatan Ibrahimović. With Ibrahimović, Milan had gone undefeated in league play (three wins, two draws) and advanced to the semifinals of the Coppa Italia.

Although he’d managed only one goal since his return to the San Siro, Ibrahimović had transformed the spirit of the squad by adding that bit of steel and personality that had been sorely lacking.

So it wasn’t surprising to see Milan open the scoring in the 40th minute today after Ibrahimović bossed fellow veteran Diego Godín in the air to provide the assist on Ante Rebić’s opener.

Five minutes later — just before the halftime whistle — a Milan corner kick eventually made its way to Ibrahimović at the far post. He made no mistake with his close range header.

Ibrahimović’s fairytale seemed destined. But whatever Antonio Conte told his Inter players at halftime, it worked.

It began with Marcelo Brozović hammering home a volley from 22 yards out in the 51st minute.

The Milan Derby is NUTS!

That goal awoke the beast. 90 seconds later, Godín threaded a ball through for Alexis Sánchez and he cut it back for Matías Vecino to finish.

Then, in the 70th minute, Inter completed the comeback with its third goal in 25 madcap minutes. Antonio Candreva provided the corner and Stefan de Vrij planted home a ridiculous header.

Inter was transformed at halftime without having made a change in personnel. Conte’s first sub was replacing Sánchez with Christian Eriksen in the 72nd minute.

In the 80th, Eriksen almost made it 4-2 with a thunderbastard free kick from range.

Inter would eventually find a fourth in the third minute of stoppage time. With Milan pushing for an equalizer — Ibrahimović went closest when striking the post with another header — Inter landed the final punch when Victor Moses set up Romelu Lukaku for the knockout.

Inter and Juventus are now level on 54 points after 23 games, but Inter boasts the better goal difference (+28 to +21). Next up for Inter is a Coppa Italia semifinal first leg against Napoli on Wednesday followed by a massive trip to Rome to take on third place Lazio (one point behind Inter and Juve) on Sunday.

Milan plays Juve in the Coppa Italia on Thursday before hosting Torino on Monday.