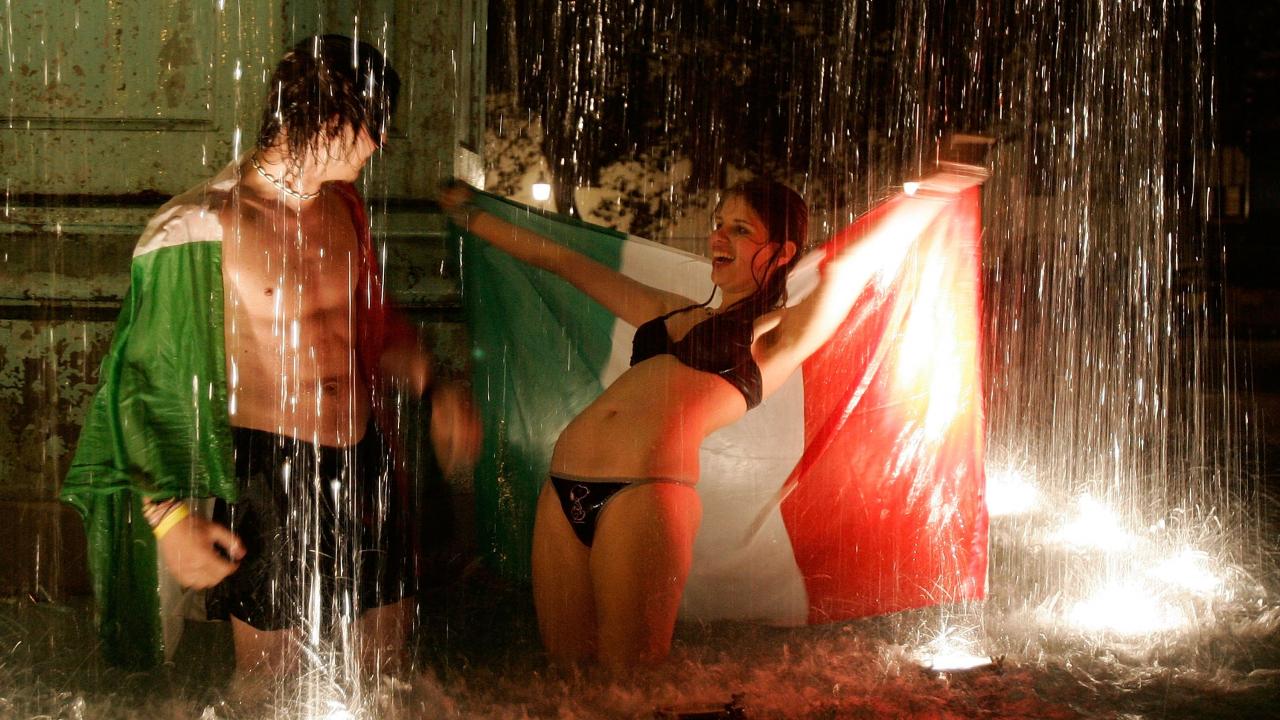 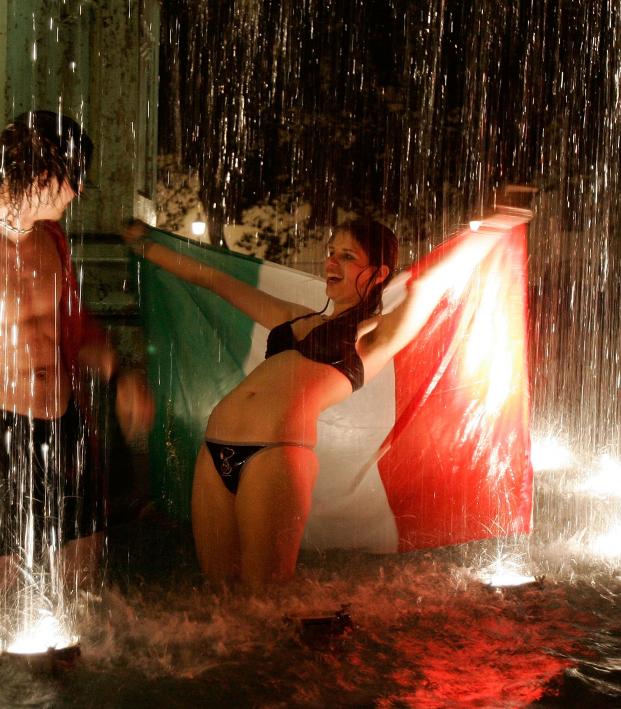 Germany Vs. Italy, 2006 World Cup: The Match That Sparked A Baby Boom

When the 2006 World Cup was over, eight of The Guardian’s 12 correspondents in Germany named it the match of the tournament. That sentiment has lasted 14 years as a recent poll on FIFA’s Twitter — with nearly 45K votes cast — declared it the one game from the 2006 competition that fans wanted to rewatch most.

And all this fervent nostalgia for a match that remained 0-0 over the course of the first 118 minutes of action in Dortmund.

But if there’s any veracity to the idea that scoreless encounters can also be emotional roller coasters played on a knife's edge, it was the relentless semifinal between Jürgen Klinsmann’s tenacious Germany and the technically superior steel trap that was Marcello Lippi’s Italy.

So much of the mythos of this match had been established before a ball was even kicked in anger.

The host nation was riddled with anxiety heading into the tournament following some lackluster warm-up friendlies (including a 2-2 draw with Japan in Leverkusen), and fans were still largely divided over Klinsmann’s decision to start Arsenal’s Jens Lehmann over former captain Oliver Kahn in goal. What’s more, so much depended on a trio of 21-year-olds (Bastian Schweinsteiger, Lukas Podolski, Per Mertesacker) and the 22-year-old Philipp Lahm.

But those nerves quickly turned into a euphoria that gripped the nation following a scintillating group stage that saw Die Mannschaft win all three games while scoring a joint-best eight goals. A comfortable 2-0 win over Sweden in the Round of 16 swelled belief, and then Lehmann justified his manager’s decision by saving two penalties in the quarterfinal shootout victory over Argentina.

To really bring things to a fever pitch, it was the old enemy waiting in the semis: Italy.

Italy’s tournament preparation had been rocked by the Calciopoli scandal back home (seven of the Azzurri’s starting XI against Germany didn’t even know what division they’d be playing in come August), but this was a squad that had Gianluigi Buffon, Fabio Cannavaro, Gennaro Gattuso, Luca Toni, Andrea Pirlo and Francesco Totti at the height of their powers.

The only goal they’d conceded en route to the semis was a freakish own goal by Cristian Zaccardo against the USMNT, and a 3-0 quarterfinal victory over Ukraine had cemented the squad’s own growing belief.

Although Germany had never defeated Italy at a major tournament, it had its own lucky charm in the Westfalenstadion. In 14 previous international matches in Dortmund, Germany had yet to lose.

So while the historical importance of Germany vs. Italy is enough to set the pulse racing, this match was filled with fascinating duels around the park: Lehmann vs. Buffon, Miroslav Klose vs. Cannavaro, Michael Ballack vs. Totti, Mertesacker vs. Toni, Podolski vs. Gattuso and Lahm vs. Gianluca Zambrotta.

A warm July evening greeted the sides as they emerged onto the pitch with a partisan crowd of 65,000 roaring on Germany, particularly from the famed Südtribüne. The atmosphere throughout — coupled with sunshine turning to the soft shadow of dusk before an electric Westphalia night enveloped the dramatics on the pitch — still cannot be overstated to this day.

But the beauty of scene and setting was instantly matched by a game that ebbed and flowed at a frantic pace.

Although Klinsmann’s decision to start with Schweinsteiger on the bench in favor of Tim Borowski was a conservative touch, neither side adopted an overly defensive approach or shifted to nullify the threat of the other.

When Italy won possession, the ball would be worked straight to the feet of Andrea Pirlo. The 27-year-old Milan maestro quickly established Italy’s rhythm and approach by playing with supreme positivity — he also put in more work in 45 minutes here than he did during three years with NYCFC.

It also didn’t hurt that the feet he looked for most frequently were those of a 29-year-old Francesco Totti, another player who’s only thought was to create. But while the Azzurri wasted little time in possession, Germany had its own recipe for causing direct problems.

Almost everything went through the feet of the imperious Ballack, while in front of him he had two players boasting exceptional pace and movement — coming into the match, Klose and Podolski had scored eight goals between them.

With these modes of attack quickly established, the two nations went at it hammer and tongs.

The first half was edged by Italy, with its best chance coming in the 16th minute after a clever ball from Totti picked out the surging run of Simone Perrotta on the edge of Germany’s area. Perhaps Perrotta could’ve done more, but Lehmann was out quickly to smother his initial shot.

Germany, on the other hand, menaced throughout, but almost every dangerous attack died at the feet of Fabio Cannavaro. However, Die Mannschaft was gifted the best chance of the half after a strangely careless ball from Pirlo quickly turned into a three-on-two going the other way.

Klose picked the right ball and teed up Bernd Schneider from 15 yards out, but the "White Brazilian” fired narrowly over with the goal at his mercy.

Cannavaro loving every minute of it.

Although clear cut chances remained at a premium in the second half, the tension was amplified by the stakes and the home side’s growing superiority. Buffon had to scurry off his line to deny Klose while Podolski fired straight at the shot-stopper from a tough angle.

As extra time loomed, players appeared more and more like university students strung out on Red Bull and cigarettes on finals morning — they were running on fumes, but they were using every bit of reserve strength and stretching every sinew. After 90 minutes of this madness, we thought that extra time would be played at a walking pace.

Andrea Pirlo looking like he just stepped out of the shower.

But here's where a classic match turned into a legendary one.

Well aware of Germany’s historical record of having converted 17 of 18 World Cup penalties, Lippi brings on both Vincenzo Iaquinta and Alessandro Del Piero in the first period of extra time. With Totti still out there, the Azzurri are playing with four forwards.

Gilardinho rolls one against the base of the post from a tight angle. Zambrotta thunders an 18-yard strike off the crossbar with Lehmann well beaten. The stadium vibrates with the sound of woodwork and the intake of breath. In the 105th minute, Podolski glances a free header woefully wide from 10 yards out.

Sometimes penalties seem entirely unavoidable when entering the second half of extra time, but this isn’t one of those games.

Lahm fires over. Italy can’t get a shot away from a few yards out. Podolski gets it on his favored left foot and fires a howitzer that Buffon can only parry over the bar. Del Piero fires wide with Lehmann scrambling. Odonkor slices one.

The pendulum swings ludicrously back and forth with no discernible midfield as the commentators ruefully begin to discuss upcoming shootout strategies.

The Italy staff reacts to another missed chance.

But then it happens. Pirlo smacks a 25-yard effort that Lehmann pushes behind for a corner. Del Piero takes and the resulting defensive header only goes as far as Pirlo on the edge of the area. He controls, surveys his options, fakes a shot, drifts along the edge of the area, draws four Germans to him and then slips a no-look ball through to Fabio Grosso.

Grosso hits it first time, curling one with the inside of his left foot beyond the despairing Lehman and inside the far post. Grosso wheels away in ecstasy, shaking his head in disbelief while screaming “I can't believe it!”

“I tried to hit the ball with whatever strength I had left,” Grosso later said. “Then, it went how it went.”

That pass from Pirlo pic.twitter.com/8hLXkn3cbn

Germany comes storming down the other end, but the danger is cleared by Cannavaro. Germany tries again, but again Cannavaro clears. However, this one sets up a final counter going the other way. Gilardinho plays the final ball and Del Piero clips an effort inside the far corner with the last kick of the match.

Happy Birthday to the King of Turin - Alessandro Del Piero. Check out this great goal against Germany in the 2006 World Cup semi-final. pic.twitter.com/BQ8vOTkRHk

“When you take the Cup and lift it to the sky, it’s beautiful,” Del Piero later said. “But the semifinal was the most exciting.”

Germany would go one to win third place, but the defeat was nothing short of total heartbreak.

“We were just two minutes away from penalties,” Podolski said. “We created the better chances over the course of the match, and in the second half, we had three absolutely clear-cut chances. I'm not making any accusations or complaints, though. That's just the way football is.”

For viewers, it was prue bliss. Nine months on from the euphoria, both Germany and Italy experienced a 30 percent birthrate increase in some parts.