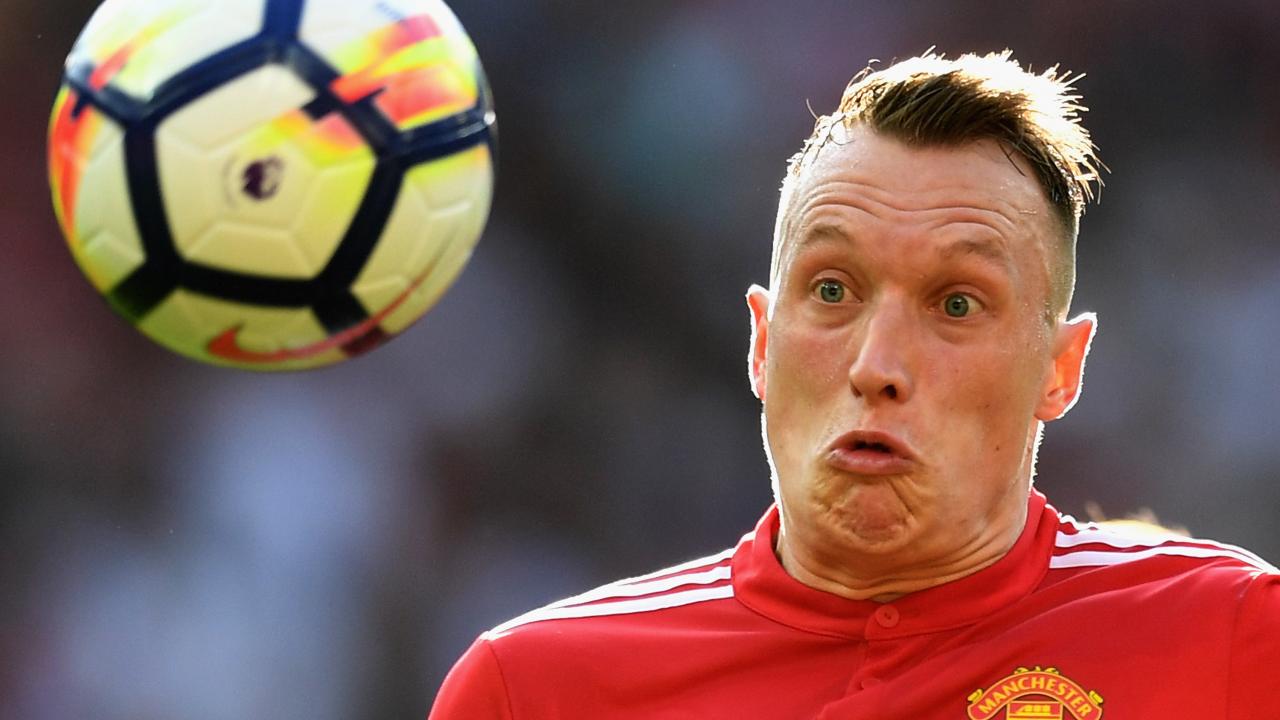 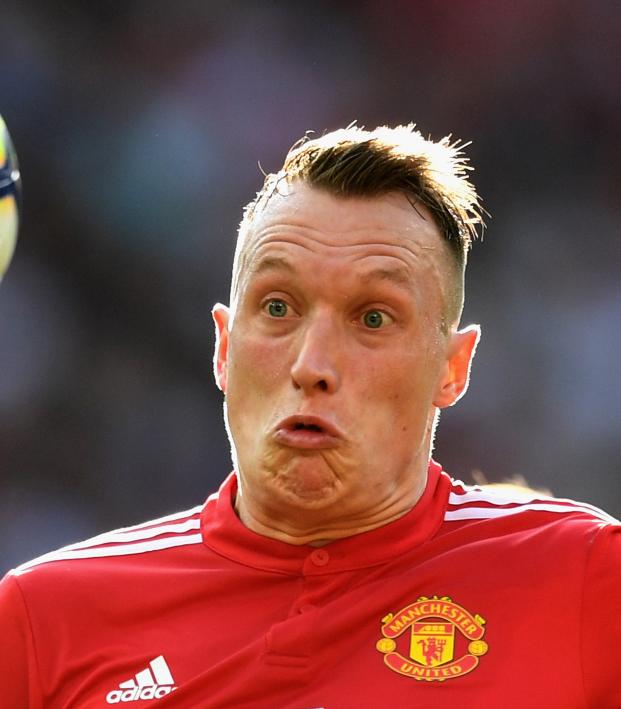 The Dumbest Shit Footballers Have Done During Quarantine

Most professional footballers adhere to strict regimens of training, eating, sleeping and playing. It’s a tried and true method to maintain peak fitness and focus throughout a long season.

But this season has been anything but normal, and stay-at-home orders have not gone down well for many footballers who are unable to cope with the break in routine. So of course soccer players have been doing dumb shit during quarantine.

Here are the 15 dumbest things footballers have done while staying at home during COVID-19, because not everyone can handle this like a pro.

What Footballers Are Doing During Quarantine

While everyone else in the UK was under lockdown orders, Manchester City’s Kyle Walker decided to host a sex party at his Cheshire home. To make matters worse, the England right back had just posted on Twitter urging folks to stay at home and adhere to social distancing guidelines.

Walker reportedly invited two call girls to the party. And yes, you can transmit coronavirus via sex.

Stuck at home with no one but themselves to rely on for food, many footballers have had to learn to cook for themselves for the first time in their lives.

As it turns out, this has turned into a hazard for a few Manchester United players. According to a team doctor, injuries from Red Devils players are down overall because no one is playing soccer, but a few have injured themselves while trying to cook.

I know it can be difficulty to create meals that taste like they were prepared by a professional, but is it that hard to avoid hurting yourself while cooking? Here’s a pro tip: Don’t touch the hot stove. No wonder United is outside of the Top 4.

Get Threatened By The President

The 22-year-old returned from Spain to Serbia and should have self-isolated. Instead he went out and celebrated his girlfriend’s birthday and gave some pretty shitty excuses in an attempt to cover his tracks.

Break A Back Trying To Emulate Cristiano Ronaldo

The18’s Connor Fleming gave the exercises a go and, in his words, taught the small of his back a lesson it’ll never forget.

Moral of the story? Just let yourself get fat. No one will notice, or at least they won’t tell you about it because most people aren’t mean. Just don’t gain weight and then Zoom with your young nephews, because they won’t be afraid to tell you how chonky you look.

Football clubs in Europe are some of the wealthiest companies in the world. But as soon as the games stopped, they were some of the first to ask employees to take pay cuts.

Countless clubs and even entire leagues have forced players to take reduced pay, some without promises to earn their full salaries even if the entire season is played. Many players have even been coerced by billionaire owners into taking further pay cuts so that the rest of the club staff can still be paid.

Soccer teams are run by extraordinarily wealthy folks who could easily take losses themselves instead of passing it on to their employees. While footballers should be encouraged to donate when they can, it isn’t up to them to help the less fortunate. Governments and employers should do their jobs instead of passing the buck.

Figure Out This TikTok Thing

TikTok was primarily used by young folks and like four cool older folks before the pandemic forced us all inside. Now it’s hooked older generations of bored humans.

Many footballers have learned to love TikTok, and we put together a list of the best soccer accounts to follow, namely Christian Pulisic.

And yes, this counts as “dumb shit” because it’s still mostly a waste of time, but then again so is this article.

Note: You don’t quite have to go as far as Neymar’s mom, who started dating a 22-year-old TikTok star.

Whatever The Shit James Milner Is Up To

Liverpool utility man James Milner has found some odd ways to stay busy during quarantine. Aside from sorting out rationed tea bags (which might be the most British thing ever) and sharpening pencils like a weirdo, Milner went full dad-mode in spending way too much time making his lawn look nice.

Preparing for home school - there will be no slacking off under Mr Milner   #yessir #staysharp#stayindoors pic.twitter.com/2L0snNfHY8

Hey @Alex_OxChambo Barrels of laughs here in the Milner household as well - rationing the tea bags for the week#crazydays#somuchtogetonwith #notgotthemovestocompete pic.twitter.com/WLDAJjyHOc

Now the tea bags are sorted I’ve got time to level out this lawn... wonder if I can borrow Anfield’s Keep off the Grass sign #onebladeatatime #productiveday#snipsnip  pic.twitter.com/ap510x6mIf

Dele Alli thought he was being funny pretending his dog Uno was Simba. But look at this poor pup, who has no idea what’s going on. Dogs belong on the ground (unless their name is Air Bud).

Turns out Uno loves The Lion King as much as I do  This is my #MyFirstStream on @disneyplusuk. What will yours be? #ad

If Alli really wants to recreate the Lion King, he should get a cat like all the cool kids.

Give Themselves Terrible Haircuts

There’s a great Twitter thread tracking all of the footballers who’ve had to resort to cutting their own hair during lockdown. Warning: Some of these images are absolutely terrifying.

This is where I'm keeping track of football players who shave their heads bald during this time.

Admittedly, I shouldn’t be talking. I’ve been giving myself terrible haircuts since before it was cool.

The Jackbox Party Pack series includes many wonderful social games that are as funny and fun as the people who play it. Although they’re designed to be played in person, they can be easily modified to be played over video or voice chat. So while forced to be physically distant, these games are a great way to stay connected with friends.

I’ve played these games quite a bit with friends over the last two months and they’re always a good time. But when you add audiences, it’s never nearly as hilarious for viewers as those involved think it is.

So while we commend NWSL players for keeping audiences engaged with some sort of content while the season is on hold, we hope they don’t get mad when we tell them their Jackbox streams aren’t actually funny.

Expose Themselves To Chemical Weapons

With the Premier League on hold, Tottenham’s Son Heung-min returned to South Korea to undergo three weeks of intense military training. Among the exercises Son participated in was one in which he was exposed to a variety of chemical weapons.

Brazilian legend Ronaldinho and his brother spent a month in a Paraguayan jail before posting bond.

While totally unrelated to the lockdown the rest of us have been experiencing, Ronaldinho was arrested for having a fake passport, which he still thinks was real.

Use COVID-19 As Excuse To Do Bad Things

Unfortunately, many of the powers that be in the soccer world have done some bad shit while everyone is staying at home. U.S. Soccer shuttered the development academy, the University of Cincinnati dropped men’s soccer and Sports Illustrated fired Grant Wahl without severance, to name a few.

Commentate On The Mundane

While footballers are out of work, so too are the announcers who call their matches. Many have taken to describing the boring events of everyday household life, and I’m sure it’s funny to some, but most of the time it’s pretty cringeworthy.

The only good version of this is this Spanish-language announcer excitedly describing his daughter making chocolate milk, because only a teenage girl could ignore someone so vehemently.

So many foolish footballers have been working out to stay in shape as if soccer is ever going to come back.

Why bother? It’s over; football is done for. We’ll never watch sports again and The18 is transitioning from a soccer website to a Freddy Adu movie review website.