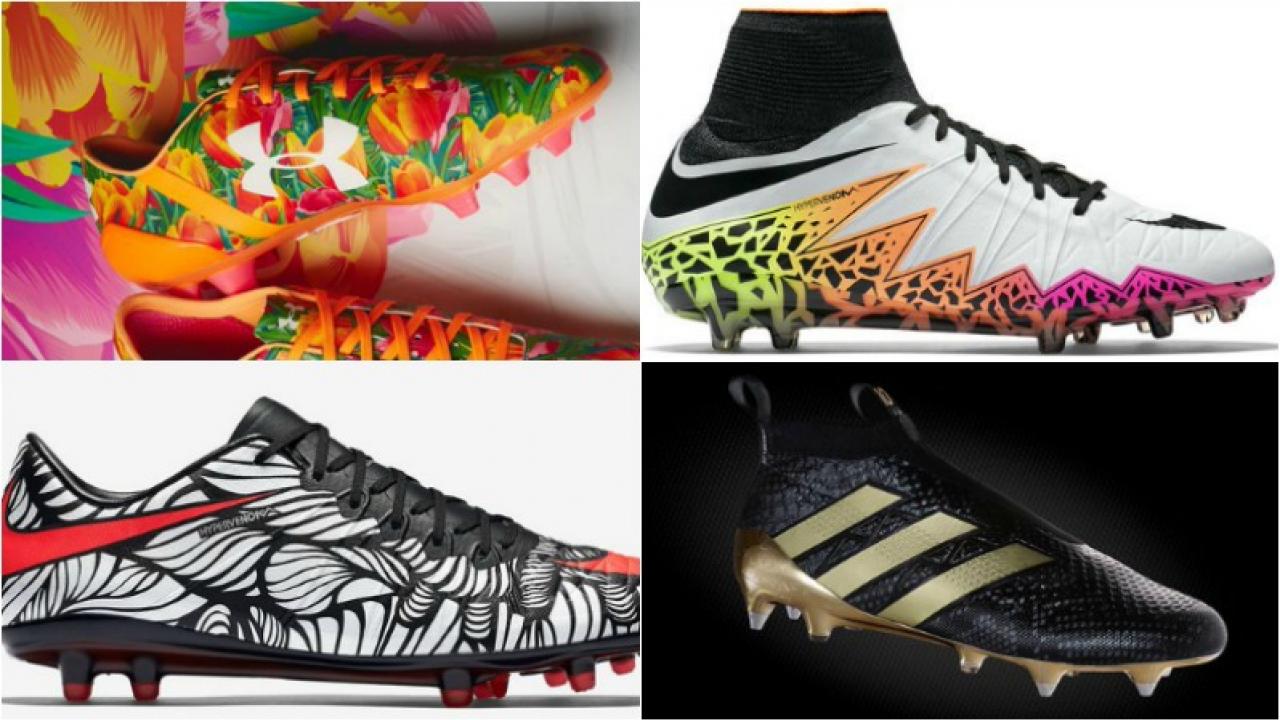 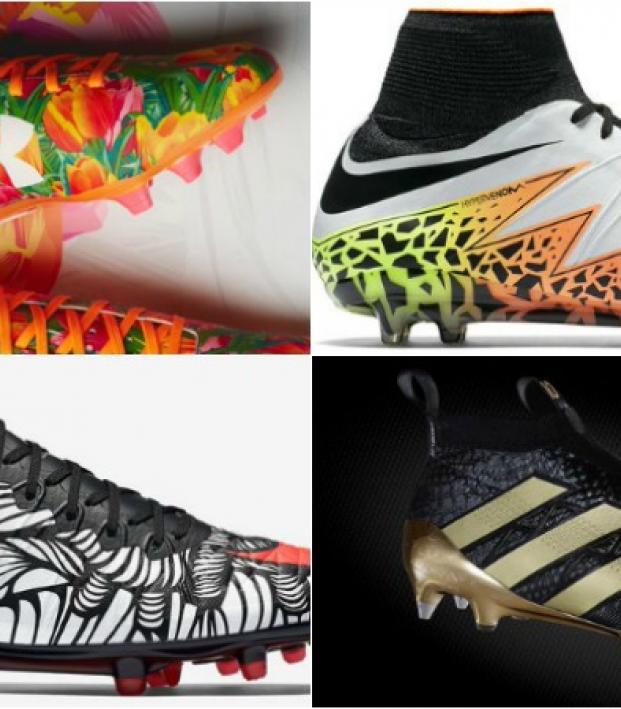 Which Football Boots Score The Most Goals?

Connor Fleming April 21, 2016
Don't you dare purchase new football boots without first learning which brand and model will score you the most goals.

How are Cristiano Ronaldo, Zlatan Ibrahimovic and Romelu Lukaku so good? It must be the boots. Nike Mercurials to be exact. We all know that’s certainly not the case — there’s no question that the footballer makes the boots and not the other way around.

However, we still spend hundreds of dollars on the latest boot models while companies like Adidas and Nike drop billions of dollars designing the latest technologies (No laces! No mud! Fur!) and bombarding us with ad campaigns that promise our personal transformation into footballing gods, provided we’ve got the necessary disposable income.

Now, thanks to the website Football Boots DB, we can verify which boot models are actually performing the best at the professional level. According to the statistics, the most popular brand of boots is Nike — 52.6 percent of footballers favor the swoosh across the Premier League, La Liga, Serie A, Ligue 1 and the Bundesliga.

(Editor's note: the below references to specific boots include links to where you can buy them. Should you choose to do so, The18 will receive a cut.)

Adidas comes in at 37.5 percent, while Puma comes in third with 6.1 percent. The three most popular boot models are Nike’s Mercurial, the Adidas X and the Adidas Ace.

Using the Champions League to determine the top goalscoring boots, the Nike Mercurial comes in first with 74 goals. Key performers for the Mercurial include Cristiano Ronaldo, Javier Hernandez and Willian.

In the Premier League, the Nike Hypervenom has been behind the success of Harry Kane, Jamie Vardy and Riyad Mahrez.

Over in Spain, Cristiano Ronaldo (29 goals) is flying the flag for his own Nike Mercurial Superfly CR7s while Lionel Messi’s Adidas Messi 15s have only managed 22 goals. No question, his representatives need to get in contact with the folks over at Nike. His current boots are pretty much useless.

The great outlier, for those who value their individuality more than their productivity, is the Leonardo Pavoletti favored Asics Lethal Tigreor, a boot that is taking Serie A by storm with 11 goals.