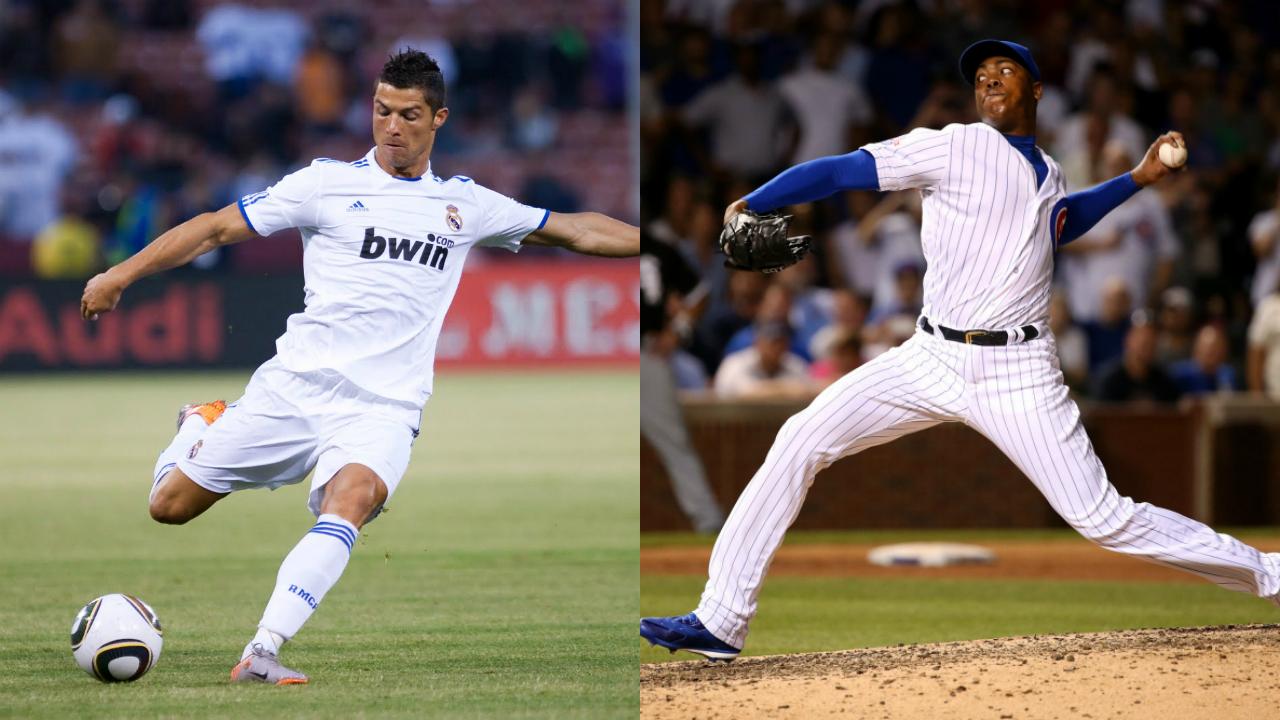 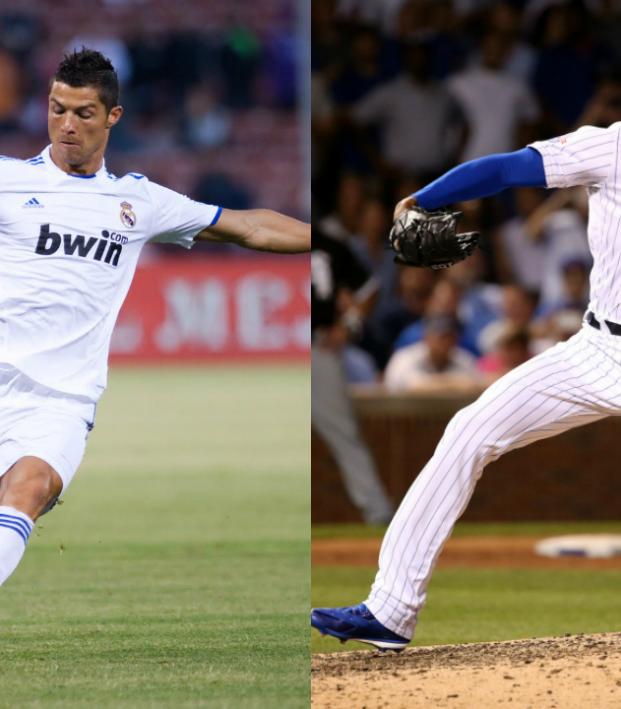 Joe Amyx August 21, 2016
We present two sports feats with impossible odds: stop a penalty or hit a fastball. The only question: which is harder to do?

When it comes to professional sports, there are players that can do things that leave even the most casual fans amazed. Two such examples: Cristiano Ronaldo's ability to take a penalty kick and Aroldis Chapman 's ability to throw a fastball.

Both acts are amazing to witness. Both leave opponents feeling helpless. But which is harder: stopping Ronaldo or getting a hit off Chapman?

First let's look at stopping a penalty kick from Ronaldo. When you look at the stats across his career, Ronaldo scores on roughly 84% of the penalty kicks he takes. That does not leave a lot of room for error for goalkeepers. If you also take into account that he is standing a mere 12 yards (or 36 feet) from the goal and kicking the ball at approximately 80 mph, a keeper's time to react is actually less than the time a batter has to react when facing Chapman from 60 feet 6 inches away in baseball. For good measure, the video below gives you an idea of how fast Ronaldo can send the ball.

What does that look like if you're a keeper? Take a look at this video.

First, some context. Chapman is currently a relief pitcher for the Chicago Cubs and is best known as the Major League player who threw a ball 105 mph in a game. His average pitch today registers at 100.9 mph. Chapman has pitched in the major league for 6 1/2 seasons to this point and has pitched in 360 innings.

In those innings, he has given up 192 total hits. So, if we were to look solely at hits per inning, it wouldn't be a comparison with Ronaldo in terms of his success. However, if you look at the aggregate batting average against Chapman across his career, it is .155. That is, 84.5% of the time, the batter doesn't get a hit. This is almost identical to the likelihood a keeper will be unable to stop Ronaldo's penalty kick.

To get a sense what it would be like to go up against Chapman, take a look at the science of his pitch.

Of course, this still leaves the question of whether it is harder to stop Ronaldo or get a hit off Chapman.

Based on the numbers, it's a dead heat. You may have less time to react to Ronaldo, but the statistics suggest that the extra time doesn't help batters when they face Chapman's fastball. In other words, we might call it a tie.

It ultimately, then, comes down to a subjective debate – one that will likely be answered differently by individuals with different skills. For our money, we wouldn't like to face off against either player. Unless, of course, we were getting paid like them. Then, maybe.