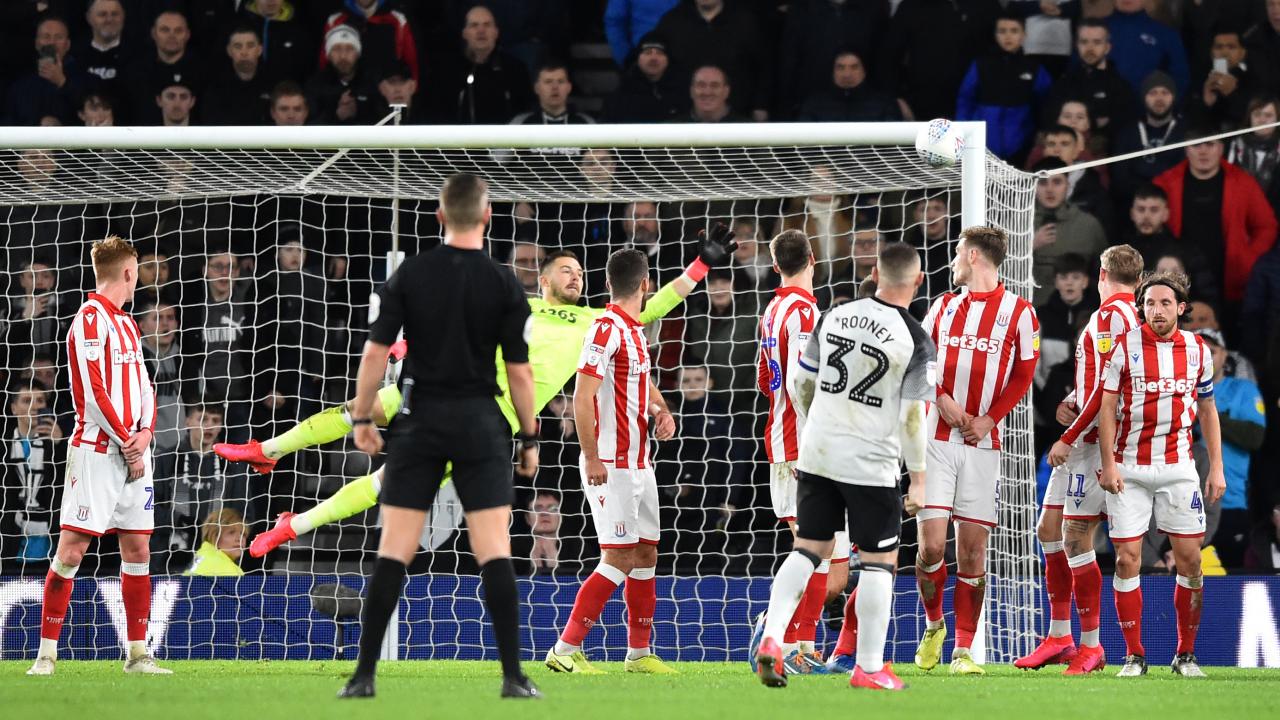 Wayne Rooney has found his shooting boots less than a month into his stint as Derby County player-coach.

Rooney left D.C. United for the EFL Championship (England’s second division) after the 2019 MLS season, though he couldn’t play for his new club until the opening of the January transfer window.

Rooney had an assist in his Derby County debut against Barnsley at the start of the month. He scored his first goal in a 3-2 loss to Luton Town on Tuesday, a deflected effort without any real spice on it.

The Rooney goal vs Stoke on Friday, however, was a reminder of the man who is England and Manchester United’s all-time leading scorer.

Rooney, 34, had played every minute of the Rams’ seven January matches until he was subbed out in the 76th minute Friday, shortly after his goal. Showing no signs of aging, perhaps woeful Manchester United should’ve brought Rooney back, or never let him leave to begin with.

The win boosted Derby County up to 13th in the Championship, having claimed 10 points (of its 40 total) since Rooney arrived.