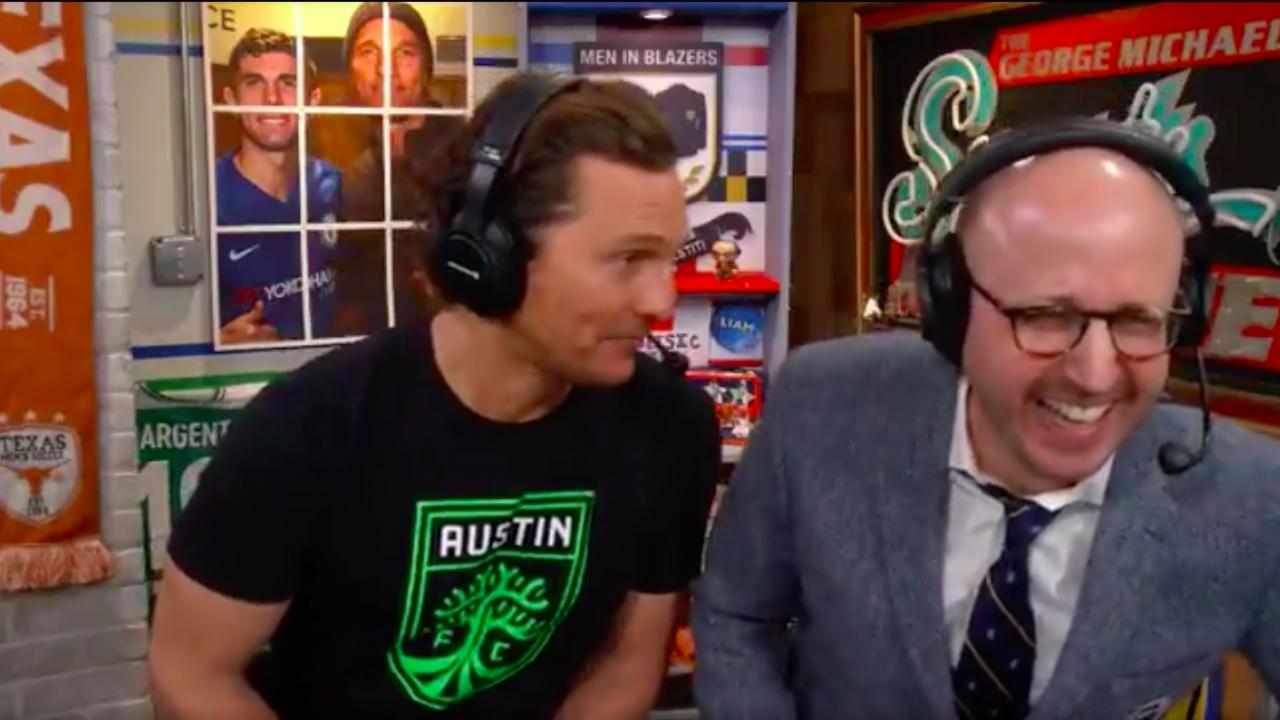 Matthew McConaughey, famed for his portrayal of Vilmer Slaughter in the 1995 American slasher film Texas Chainsaw Massacre: The Next Generation, took on a different role Wednesday as he appeared on The Men in Blazers show to discuss soccer and his work as co-owner of Austin FC.

McConaughey speaks elegantly about the sport's incredible global draw. He’s a traveling man, and he’s recognized the fact that no matter what you give to soccer, it always gives you exponentially more in return.

Also, I can’t get over the way he shares his own playing experience.

“I led the under-12 league in red cards for two years in a row…” he begins, which causes both me and Roger Bennett to lose it. I’m sure that means he played in a U-12 league as both a 10-year-old and 11-year-old, but it just sounds like he was held back a year.

It’s easy to imagine a teenaged Matthew McConaughey clattering children and getting sent off time after time while the adults question what in the hell they’re going to do with this overage menace.