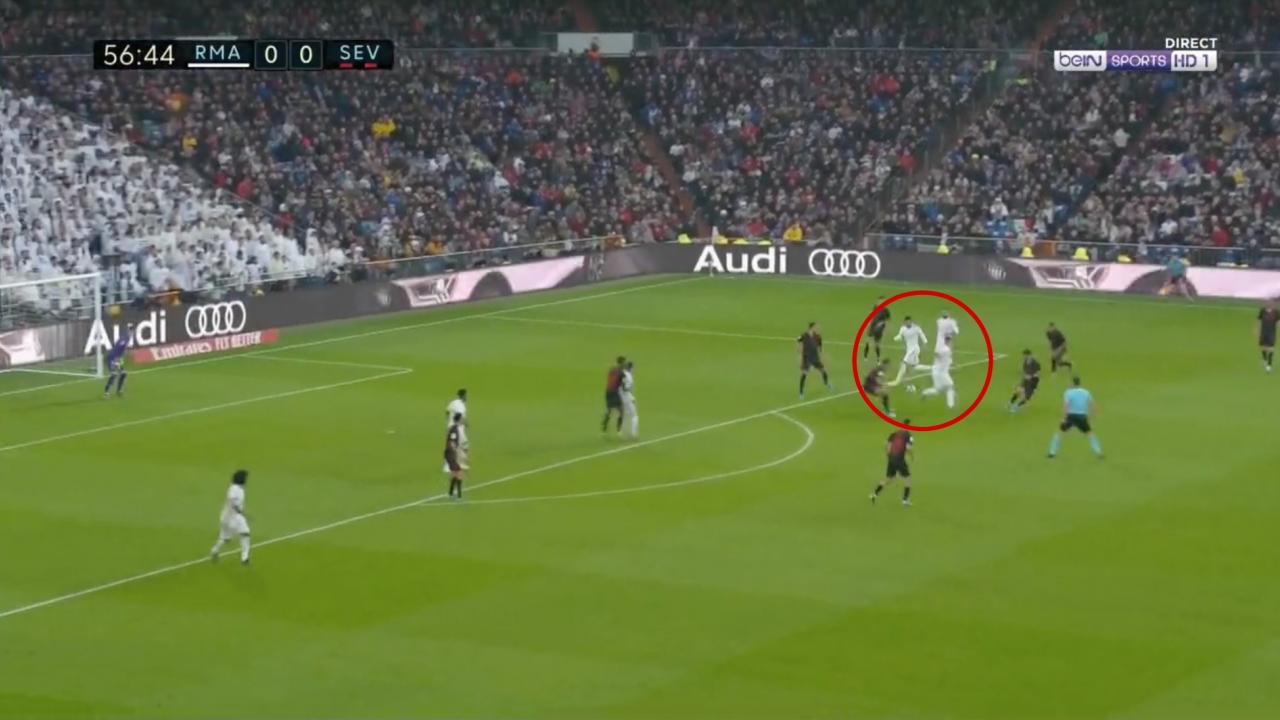 This Real Madrid Backheel Assist Must Be Some Sort Of Sorcery

Casemiro isn’t exactly known for his goal-scoring prowess. Before Saturday, the Brazilian defensive midfielder had scored 18 goals in 218 appearances for Los Blancos — about one goal every 12 matches.

Luka Jovic, meanwhile, has struggled since joining Real Madrid from Eintracht Frankfurt for $68.4 million over the summer. He came into the weekend with one goal and no assists in 13 LaLiga appearances.

And yet Jovic supplied what might be Real Madrid’s best assist of the season to set up Casemiro’s first of two goals in a 2-1 win over Sevilla on Saturday.

Real Madrid went three points clear of Barcelona (which has a game in hand) with the win over top-four rival Sevilla at the Bernabeu.

With the match scoreless at the break, it was a devilish backheel pass from Luka Jovic that unlocked the Sevilla defense in the 57th minute. The Serbia striker managed to clip the ball perfectly into Casemiro’s path, and the Brazilian completed the lovely move with clinical finish.

We expect that kind of passing from Luka Modric, but not Luka Jovic.

Sevilla, which was without Javier Hernandez as he works out a probable move to MLS, briefly pulled level through Luuk de Jong in the 64th minute.

But Casemiro struck again to give Real Madrid all three points in the 69th minute, rising well to head home a cross from Lucas Vázquez.

Zinedine Zidane will be thrilled to see one of his midfielders score the type of goals he used to score from midfield and more thrilled by the three points. Any help for Karim Benzema on the scoring front will be music to the ears of Real Madrid fans, who are still looking for that super-star goal scorer to replace Cristiano Ronaldo.