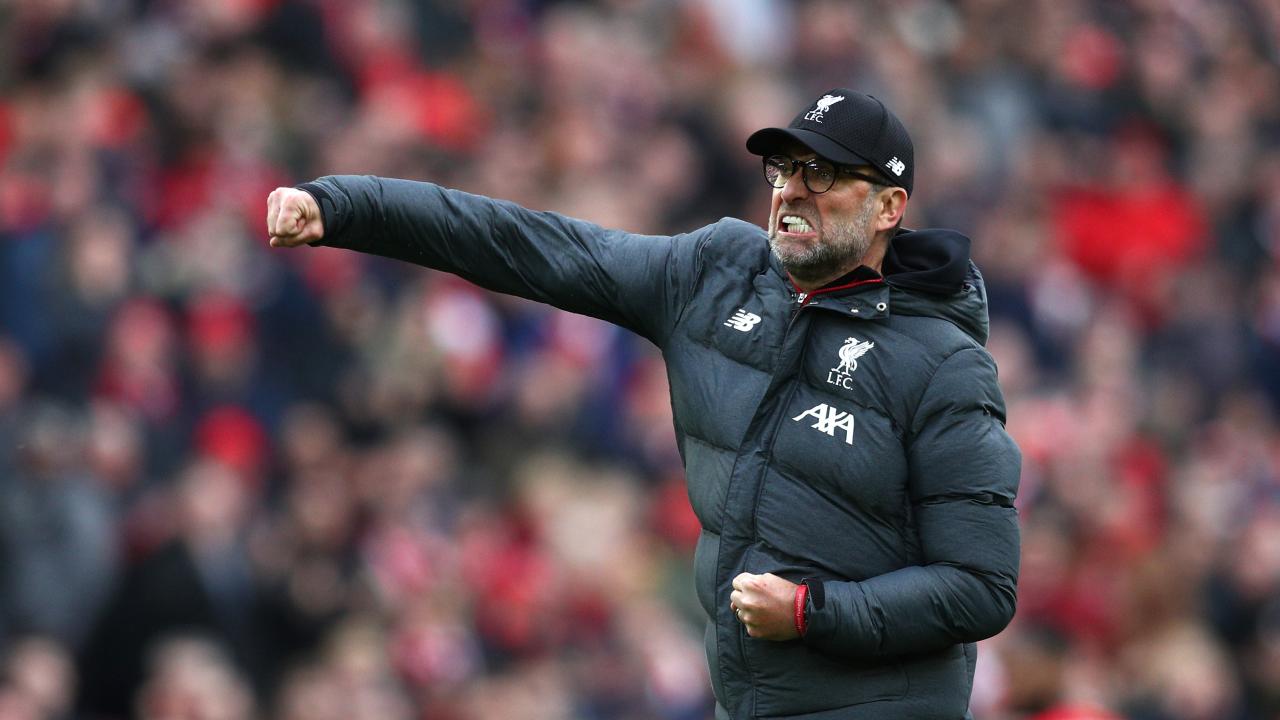 LIVERPOOL, England — Runaway Premier League leaders Liverpool resumed normal service with an unconvincing 2-1 victory over relegation-threatened Bournemouth on Saturday but they had to recover from an early jolt at Anfield.

Goals in quick succession by Mohamed Salah and Sadio Mane before halftime calmed the jitters after Callum Wilson had given Bournemouth a surprise ninth-minute lead.

It was far from vintage Liverpool, however, and they struggled to finish off a Bournemouth side who almost grabbed a late equaliser through Wilson.

Three defeats in their last four matches in all competitions had given Liverpool a reality check, even if only serial pessimists among their fans truly believed they might blow their first title for 30 years.

It is still a matter of when, not if, Juergen Klopp's men seal the deal and Saturday's win, their 22nd in succession at home in the Premier League, restored their 25-point lead.

Three more wins and they will be crowned champions.

They want to finish in style, though, and that was missing initially against a Bournemouth side who are scrapping for their top-flight survival.

"We have said before, confidence is not something that you get, put in your pocket and keep for the rest of your life. It comes and goes," Klopp said of his team who will try to overturn a 1-0 deficit against Atletico Madrid next week to keep alive their hopes of retaining the Champions League.

"But we have 82 points now, which is really nice. We have to carry on fighting."

Wilson, who had continued his run, met Lerma's low cross with a simple tap-in.

Liverpool were clearly rattled and Nathan Ake almost made it 2-0 with a thumping header from a corner that was well saved by keeper Adrian, in for the injured Alisson.

Bournemouth's problem all season has been an inability to avoid conceding needless goals and it was from a dreadful mistake that Liverpool equalised in the 25th minute.

Youngster Jack Simpson had only been on the pitch a few minutes to replace injured skipper Steve Cook when he took a heavy touch and was robbed by Mane.

Mane's ball to Salah was not the best but the Egyptian cut inside Lerma and drove home a low left-foot shot that beat Aaron Ramsdale at his near post.

A wild-eyed Klopp celebrated like a man possessed, still seething at what he felt was a poor decision to allow Bournemouth's goal.

Liverpool lacked their usual zip and almost paid the price when Ake and Wilson had the chance to equalise after a scramble in the dying minutes.

Bournemouth will rue an opportunity lost against an off-key Liverpool and remain third bottom on 27 points, the same as West Ham United and Watford who have a superior goal difference.

"We made a mistake for the first goal, and the second was similar — we had the ball, seconds later we are conceding. We gave everything to it but came away with nothing," Bournemouth manager Eddie Howe said.