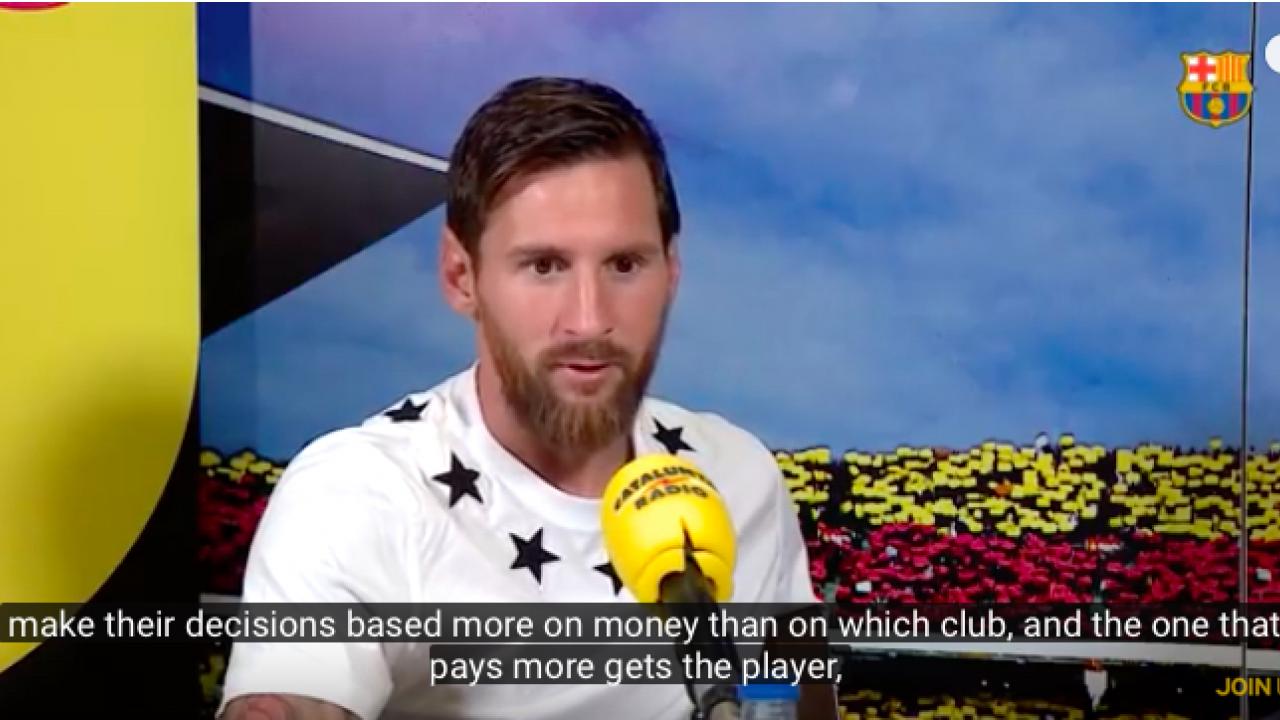 IMPORTANT: Simply click/tap on "CC" in the video above to turn on the English subtitles.

Lionel Messi gave a rare, extended interview with FC Barcelona's YouTube channel, and the far-reaching sit down offers everything from Messi's new status as Barcelona's captain to his son Thiago's growing understanding of the game.

According to Messi, the captaincy isn't going to change much. “The way I am both on and off the field isn’t going to change at all," he said. "It’s going to be very similar to before. I have been one of the alternate captains for years now. So, in that sense, nothing will change.”

As a captain, Messi says he's probably more like Andres Iniesta than Xavi or Carles Puyol.

Messi also talks about his desire for success in the UEFA Champions League after a string of disappointments in the competition. However, he acknowledges that a growing parity amongst the world’s top clubs (due to the emergence of teams like Manchester City, Chelsea, PSG and a revival across Italy) has made this more difficult than ever before:

“Yes, I think it’s about time, because we are coming off three consecutive years being locked out in the quarterfinals, and the last one was perhaps the worst of all due to the advantage we had going into it, because of the way the match went. We have a spectacular roster, and because we can do it, not just to say that we can do it.

“There are clubs with a lot of money that have made themselves strong, and today it seems players make their decisions based more on money than on which club, and the one that pays more gets the player, and it isn’t bad, because before players either went to Madrid or Barca, which are the top clubs.”

Perhaps the best part of the interview is Messi talking about his son Thiago and how football conversation is avoided following difficult defeats:

“Since Thiago, my first son, was born, I try to deal with losing in a different way, but it’s very tough, I suffer a lot, and I have a hard time getting back up after a hard blow, like the rest of this team, which is accustomed to winning and is always wanting more.

“Sometimes it happens, because Thiago knows. He’s starting to get really interested in football, and he follows Barca and Argentina, and after a tough loss, he doesn’t talk about it. He knows it’s not a good topic of conversation, but he sometimes ends up blurting something out, then he catches himself. So, even he knows that we suffer a lot when we lose.”

Messi finishes the interview with a hearening message for Barcelona fans, saying: "I have no need to go anywhere else."