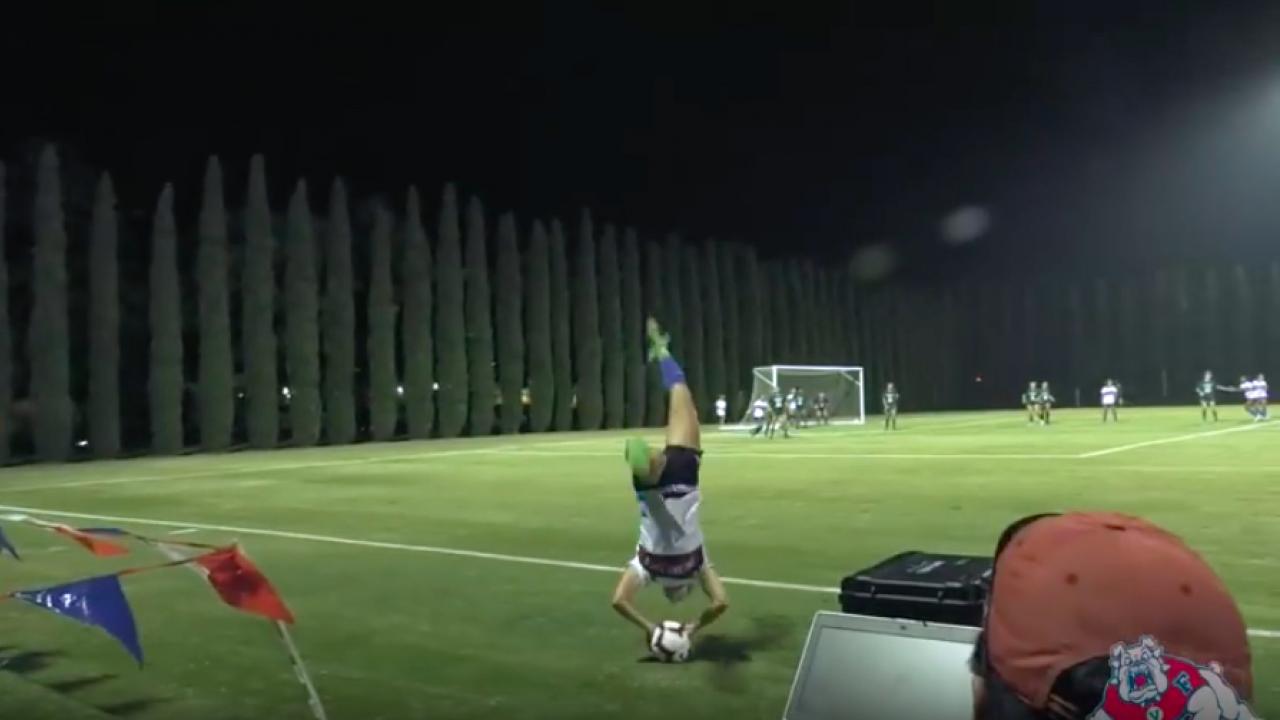 I’m not one of those people that’s instantly enamored with the mechanics of a flip throw-in. After you’ve seen it once, you’ve seen it a million times — like a fire-eating street performance. If I had to select my two favorite flip throw-ins of all-time, I’d go with this kid getting smashed in the face.

And then I’d go with Iran’s Milad Mohammadi wasting an inordinate amount of time kissing the ball, praising the heavens and ultimately failing to deliver while his side trailed Spain 1-0 during stoppage time at this summer’s World Cup.

Still, there’s something magical about coming up against a side with a flip throw-in specialist. It’s like kayaking with dolphins — you just stand there and stare and forget about your marker and hope that you don’t capsize.

But I’ll be damned if this flip throw-in assist from Fresno State freshman Chloe Chedester isn’t the most stunning throw-in ever.

The fact that we’re playing under the lights with a majestic alignment of trees enclosing the pitch certainly adds to the surreal feeling, but just look at that ball flutter through the night sky in the haze of the floodlights.

It just keeps going, transporting us along with it. That's a nice two-touch finish as well.