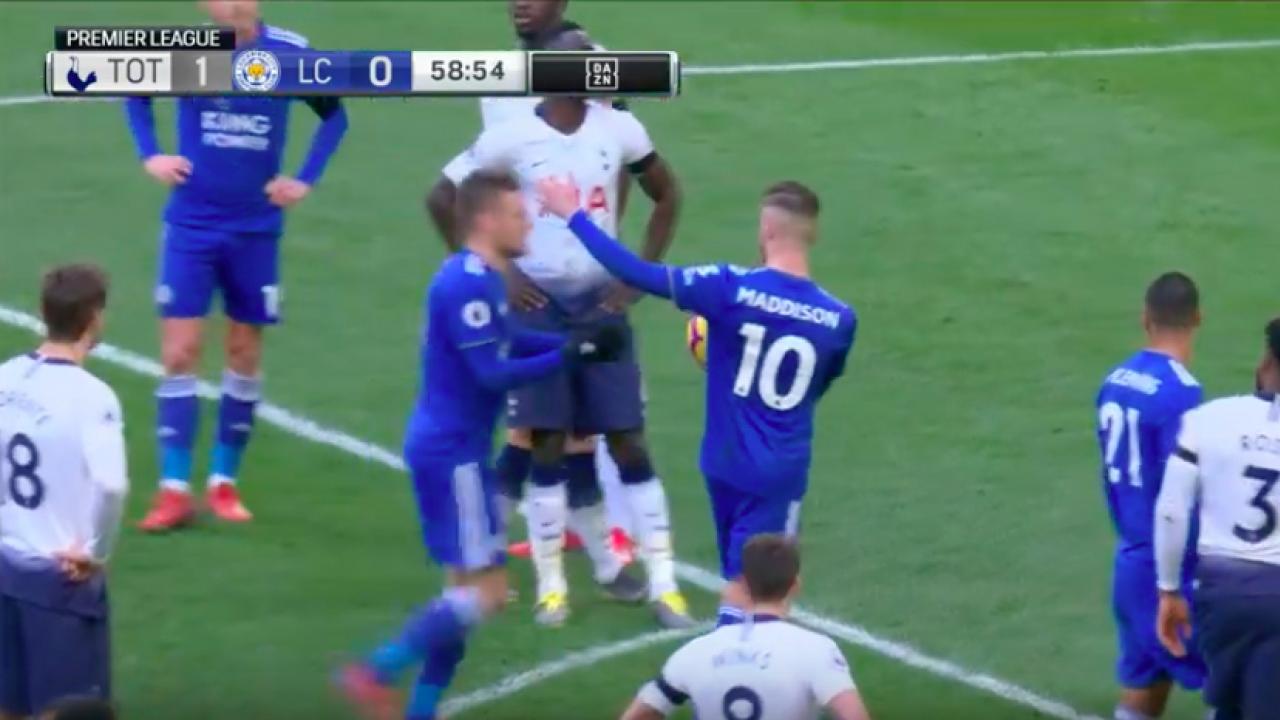 Jamie Vardy Gets Subbed In To Take Immediate Penalty, Maybe Not The Best Strategy

Tottenham stayed lurking in the Premier League title race with a 3-1 victory over Leicester City on Sunday, but it wasn’t that straightforward. Dávinson Sánchez gave Spurs the lead on 33 minutes, but they wouldn’t improve on that advantage until after the hour mark, and minutes before that, things should have been level.

A foray forward from the Foxes ultimately resulted in James Maddison being barged over by Jan Vertonghen, and Leicester used the resulting stoppage in play to bring on Jamie Vardy for Demarai Gray.

The introduction of the English hitman saw a change in penalty responsibility, Maddison immediately relinquishing his claim to the 32-year-old.

“Yeah,” said Leicester manager Claude Puel. “I said to him he can take the penalty if he felt this. I have nothing against Jamie.”

This has shades of Tim Krul coming on for Jasper Cillessen at the 2014 World Cup, but as Lionel Messi attests, the mental contest of a penalty always favors the keeper — he or she has nothing to lose.

Whereas the taker is looking down the barrel of a gun.