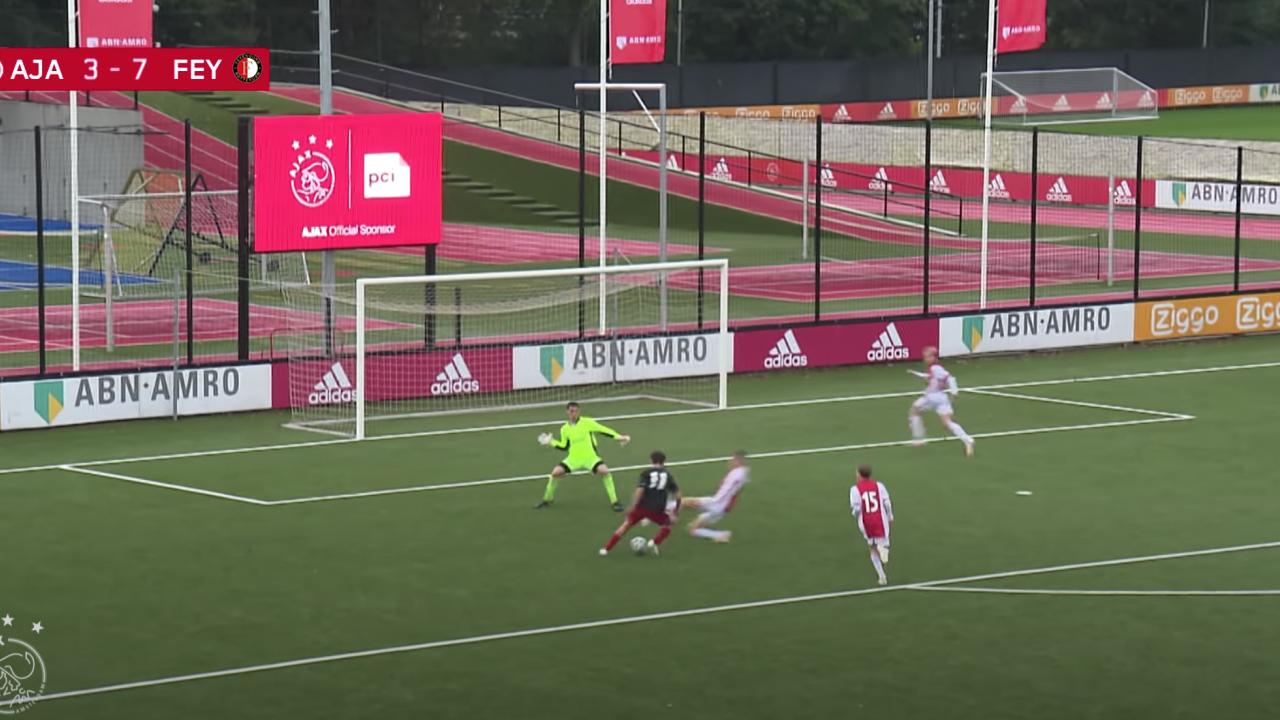 This October and November, it’s vitally important for all Americans to exercise their right to vote in the upcoming election. Unfortunately, because of the Covid-19 pandemic and confusion reigning over how safe it is to vote, there are more hurdles than ever to get to the polls. Let this Aymen Sliti goal vs Ajax in a U-15 match be your guide for how to vote this fall.

Sliti, a 14-year-old Dutch-Tunisian winger, scored a magnificent solo goal (featured above and below) to help Feyenoord to an 8-3 win over against Ajax U-15 on Saturday. It was a perfect example of how to navigate countless obstacles to achieve your goal.

Obstacle No. 1 for Sliti was the first defender, the Ajax right back who tried to slow him down while his defense could catch up. There’s a lot of misinformation out there when it comes to voting in the upcoming U.S. election, with some politicians saying it’s unsafe to vote by mail or via absentee ballots despite doing so themselves when it’s completely safe and there is no evidence of widespread voter fraud. Sliti made quick work of that first line of defense, dancing around the defender like he wasn’t there.

Then Sliti had to be wary of a defender chasing back. Similarly, voters in the U.S. have to be wary of a number of laws aimed at voter suppression, whether it’s voter ID laws, purging voter rolls, precise rules for sending in a mail-in ballot, limiting the number of polling locations in communities of color or closing ballot drop-off boxes. Sliti was well-aware of that attempt to stop him and let the defender slide by.

The final line of defense facing Sliti was the opposing keeper, who rushed out to close down Sliti’s aim at goal, not unlike the illegal voter intimidation suggested by one of the presidential candidates or people being told to not vote because it doesn’t matter. Again, Sliti skillfully moved past the keeper, keeping his concentration to cast his ballot score a stunning solo goal.

This fall, all Americans should follow the guidance of this Aymen Sliti goal vs Ajax and do whatever it takes to vote. Ignore all the lines of defense politicians have set up to prevent people — especially people of color — from voting and let your voice be heard. If you want more information on how to vote, check out the fun, funny and informative videos at BetterKnowABallot.com.