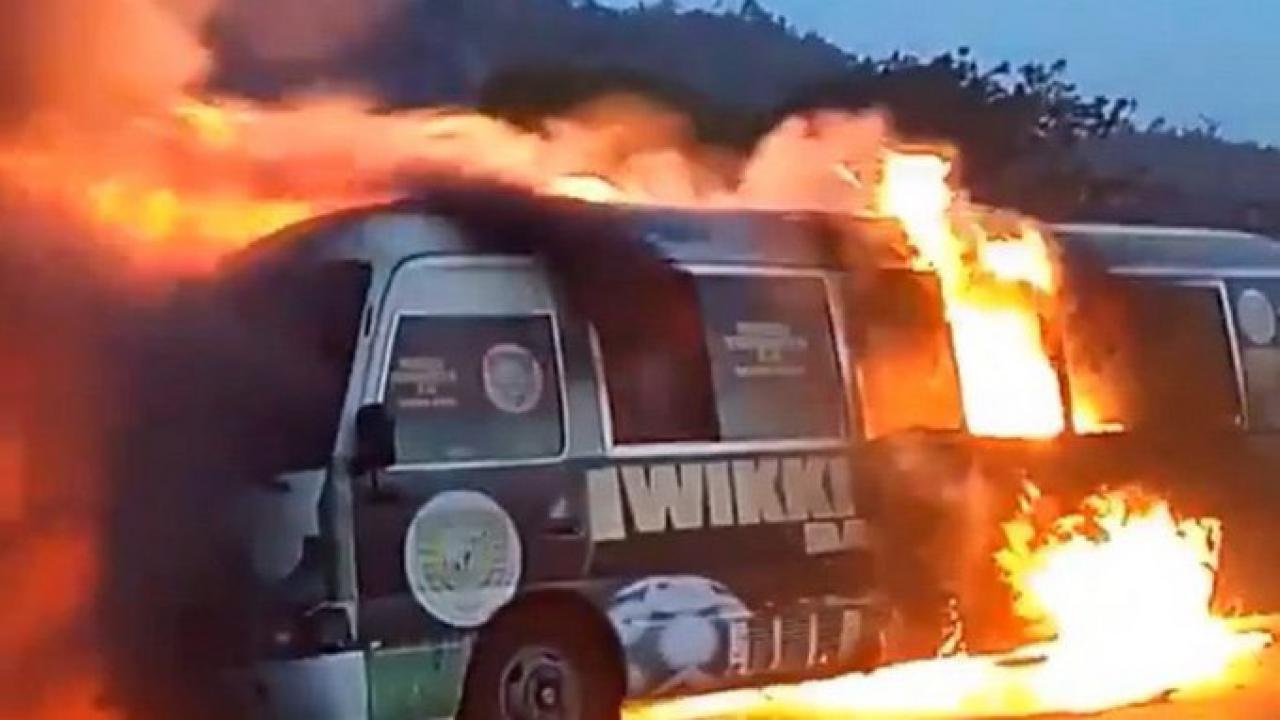 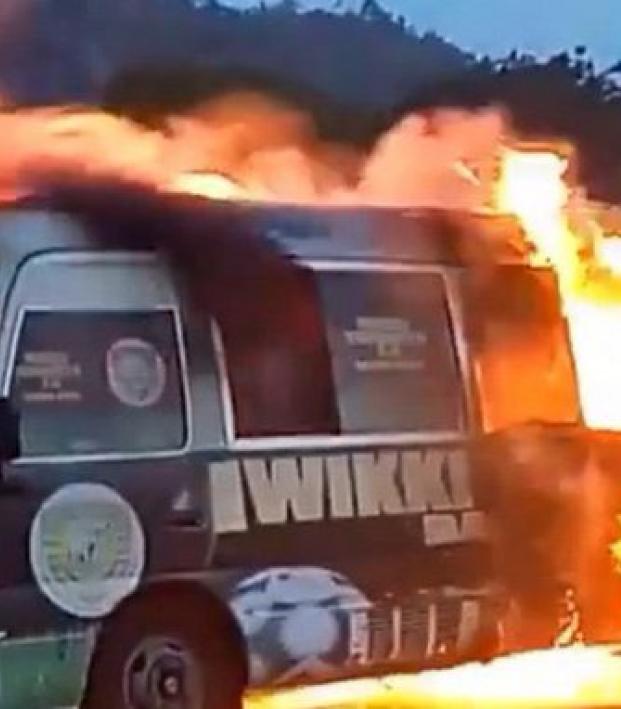 Reuters February 18, 2021
No one was hurt, but players had to escape through windows and were left in shock.

Nigeria Professional Football League side Wikki Tourists had a lucky escape when the team bus carrying them to their away fixture against Dakkada in Uyo burst into flames and burnt to the ground, officials said.

All players, coaches and team officials survived unscathed in the incident on Saturday, but they lost the team kit and many of their belongings as the blaze moved quickly through the vehicle.

The bus in which Wikki Tourists players and officials were travelling, burst into flames this morning.

However, the players were able to get out of the bus before the fire started pic.twitter.com/C9irUdDRDn

The cause of the fire is not yet clear, although club secretary Abdullahi Ibrahim told local media it followed one of the tires on the bus bursting. He said that the players had to escape through the windows and that many had been left in shock.

The journey from Bauchi to Uyo takes 15 hours by road, highlighting the difficult away trips Nigerian top-flight sides must make. In March last year, Enyimba were making a 15-hour journey from Yola to Aba after a league game when their team bus was attacked by armed robbers and a number of players were injured.