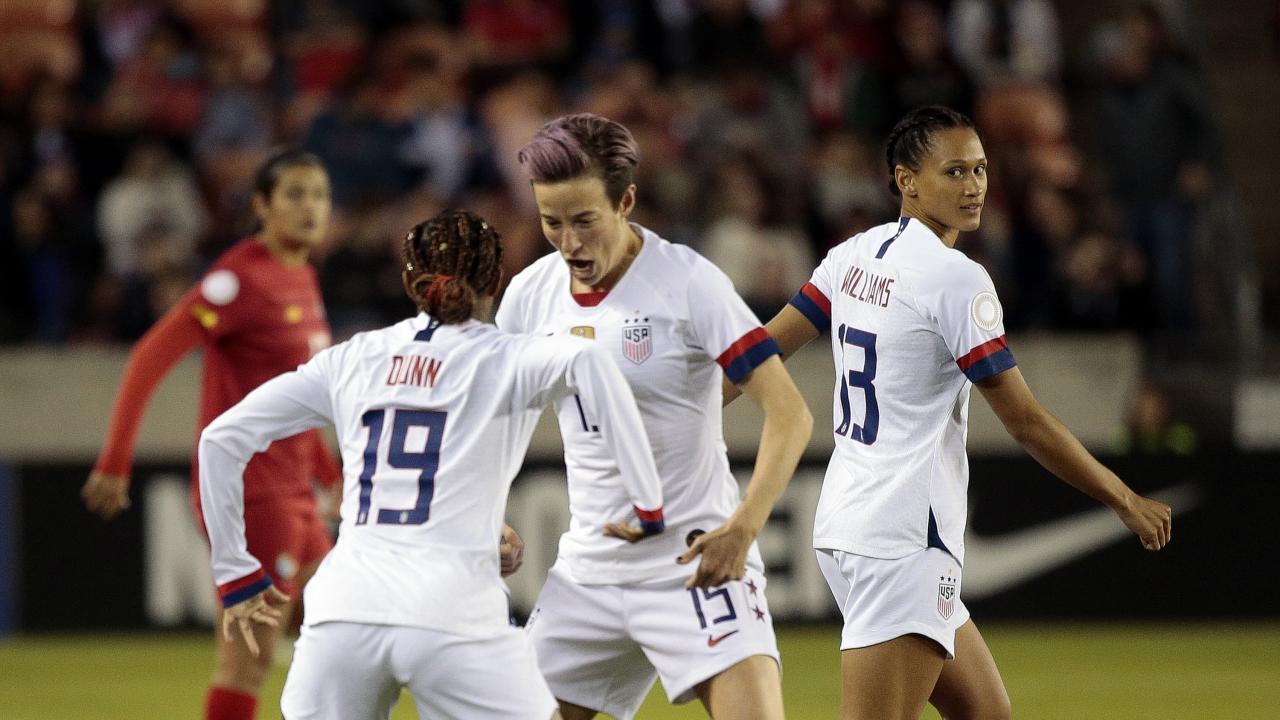 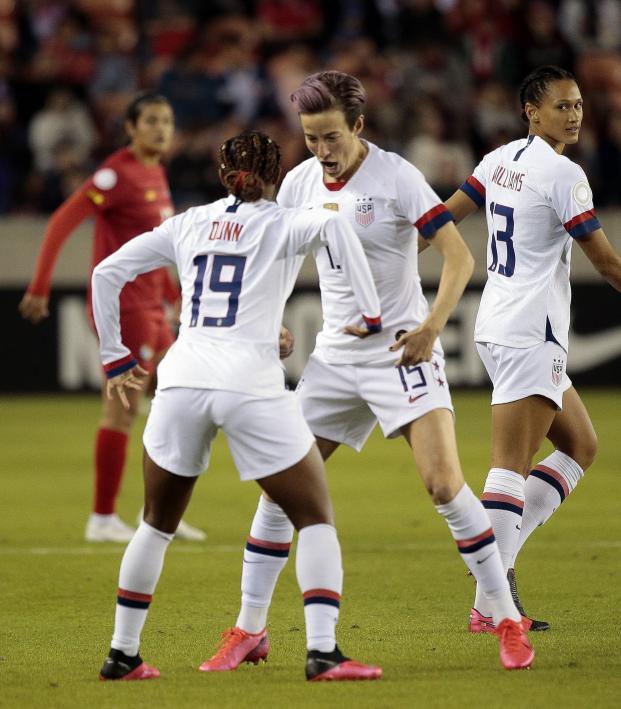 Travis Yoesting January 31, 2020
After a so-so performance against Haiti, the USWNT came out roaring against Panama.

Despite having been torched for six goals on Tuesday playing a high line, Panama wanted to maintain its defensive style against the USWNT on Friday night. The Americans attacked it early and often and cruised to a dominating 8-0 win despite never really looking like they broke a sweat in Concacaf Olympic qualifying in Houston.

The U.S. led 4-0 after 20 minutes and could’ve caused far more damage were in not for the combined efforts of Yenith Bailey and Sasha Fabregas in goal for Panama — and admittedly some wasteful finishing from the U.S. at times. Some of the match looked like the Americans running through a drill of how to beat an offside trap and it was an absolute clinic.

The star of the night was Lindsey Horan, who had three goals and two assists.

But the highlight of the night came from Tobin Heath with a crowd-pleasing no-look finish in the 78th minute.

The win and goal difference put the U.S. on top of Group A through two matches. Costa Rica won the earlier match Friday 2-0 over Haiti, meaning both Costa Rica and the U.S. are assured a spot in the semifinals. The two countries play in the Group A finale on Monday. The winners of the two semifinals advance to the Tokyo Olympics this summer.

In a fun lineup note, Ali Krieger played at center back in front of her wife Ashlyn Harris in goal. The two Orlando Pride teammates were married at a fabulous wedding on Dec. 28. While not the first married teammates to play together (it’s happened in the WNBA), it was a notable moment in USWNT history. Neither Krieger nor Harris had much to do in defense as most of the match was spent with the U.S. attacking Panama.

The match also saw one of the greatest fan-made signs I’ve ever seen, with a young supporter drawing a picture of Rose Lavelle’s dog.

Lindsey Horan missed a golden opportunity in the opening minute when she skied a shot with an open goal, but she made no mistake in the third minute, cleaning up a spill to open the scoring.

Panama had a scary moment when star goalkeeper Yenith Bailey clashed heads with Jessica McDonald while coming out to grab a cross 10 minutes into the game.

Bailey made nine saves in the 6-1 defeat to Costa Rica on Tuesday. In her last matchup against the U.S., in World Cup qualifying in 2018, she stopped 12 shots in a 5-0 loss.

After a delay of nearly five minutes, Bailey was allowed to continue, but probably shouldn’t have been. She conceded three goals in the next five minutes before eventually being taken out.

First, Horan played Lynn Williams in behind Panama’s high defensive line and was able to dribble around Bailey, who was slightly impeded by a teammate tracking back before Williams slotted home the second goal of the match.

Just a couple minutes after that, some sloppy play from Panama’s defense gave Horan an easy tap in. Again the play started with the USWNT taking advantage of Panama’s high line.

Rose Lavelle made it 4-0 in the 21st minute when Williams torched a misplayed offside trap before picking out Lavelle.

Lynn Willams plays a fantastic ball to Rose Lavelle who makes it 4-0 for @USWNT!#CWOQ #WeBelieve pic.twitter.com/JI3tQJBxkE

In the 33rd minute, Bailey had to be stretchered off, perhaps experiencing lingering effects from her head collision earlier in the match. Surprisingly, Taylor Twellman didn’t weigh in like he usually does, but he doesn’t seem to pay attention to women’s head injuries, just men’s. Bailey was replaced by Sasha Fabregas, who performed admirably facing the onslaught from the world champs.

The U.S. twice had goal No. 5 waved off for offside but finally broke through in the 70th minute, ending a 50-minute goal drought. Christen Press headed in a tantalizing cross from Williams to make it 5-0.

#CP23 or #CP20, the clutch stays the same. pic.twitter.com/jCXzrVg8uD

Williams was subbed off after the goal but not before a second straight standout performance from the player tasked with wearing Alex Morgan’s No. 13. With Morgan out pregnant, Williams had a goal and a shoeless assist in the 4-0 win over Haiti to open qualifying, following it up with a goal and two assists against Panama.

Jessica McDonald got on the scoresheet in the 72nd minute, latching on to a loose ball in the box and smashing home a shot past Fabregas.

.@J_Mac1422 been out here serving assists all night so it was only right she got a goal herself. pic.twitter.com/uJghyftUm4

Tobin Heath, a second-half sub, delighted the fans with No. 7 in the 78th minute. Horan supplied another killer assist, but Heath’s finish was filthy, pulling off the type of no-look shot Roberto Firmino has made famous.

Has the chef's kiss emoji been released yet?

Asking for a friend. pic.twitter.com/MY1kxoZWxP

Horan capped her night in the 81st minute with one more goal. This time McDonald picked out the late-arriving run of Horan, who made no mistake with her finish.

Has the smiley face with a tear falling emoji dropped yet?

FIRST HATTY FOR OUR GAL. SO PROUD. pic.twitter.com/9LfBlHUTeg

Despite the officials raising the board for three added minutes, the referee blew the final whistle 20 seconds into stoppage time to mercifully stop the bloodbath.