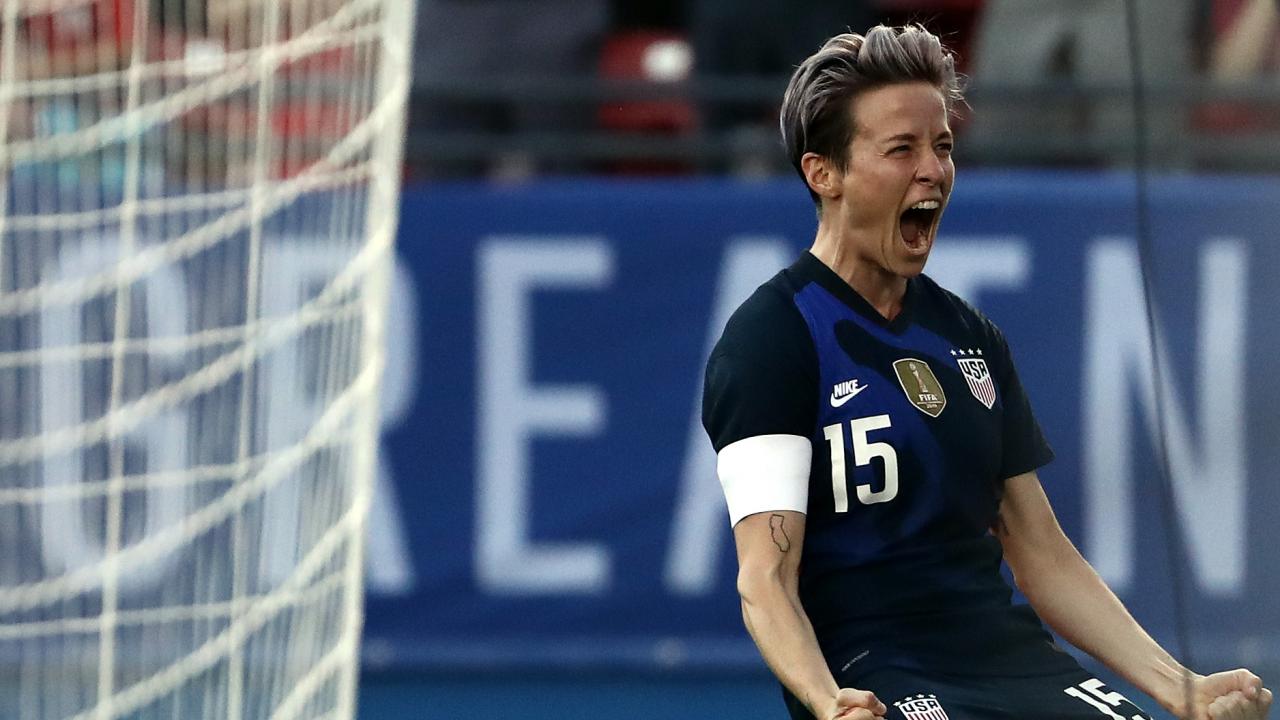 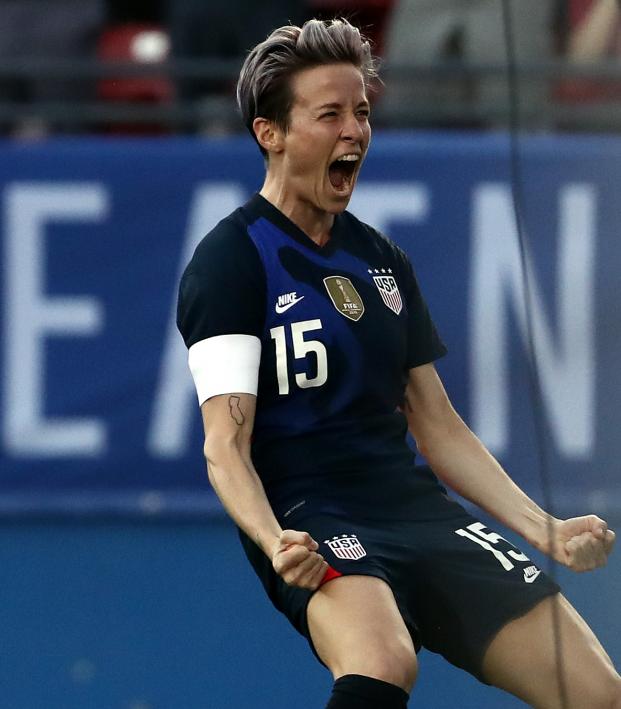 Travis Yoesting March 11, 2020
Following some offensive comments from the U.S. Soccer Federation, the world champs showed off their skill.

With the USWNT’s lawsuit against the U.S. Soccer Federation nearing its May court date, we’re learning more about how the Federation is planning to defend itself. Essentially, it appears the USSF will argue men are superior to women and the USMNT requires greater skill and responsibility than the USWNT.

In the USWNT’s first match since many of these statements came out, Megan Rapinoe and Christen Press showed off just how much skill these women have with two goals better than anything we’ve seen from the USMNT in a long time. The golazos paved the way for a 3-1 win over Japan to claim the SheBelieves Cup on Wednesday in Frisco, Texas.

After Spain beat England 1-0 earlier in the day, the U.S. needed a win or draw to secure its third SheBelieves Cup title in the tournament’s five-year existence. Before the match, the USWNT came out with their warm-ups inside out, a statement against the Federation that has worked so hard to disparage all women with its recent arguments.

It didn’t take long for the American women to impose their will and the early dominance paved the way for a stunning opener from Rapinoe, so hopefully fans were able to find it on TV in time.

The 2019 Ballon d’Or winner received a lot of criticism from yokels who disagree with her right to free speech for just scoring on penalty kicks during the Women’s World Cup. In the seventh minute she scored from a free kick not 12 yards out but 25 yards out, lasering an effort into the top corner.

Then it was Press’ turn to turn on the flair.

After a poor giveaway but Japanese keeper Ayaka Yamashita, Rapinoe zipped the ball into Press. The player who has done nothing but score bangers lately then took one touch before lobbing the most gorgeous chip over Yamashita, who could only watch in despair.

We Are All Witnesses  pic.twitter.com/mcioNUEq6U

“The job of MNT player ... requires a higher level of skill based on speed and strength than does the job of WNT player,” the U.S. Soccer Federation has argued.

The USWNT rests its case.

(To be fair to the USMNT, it’s unfortunate the USSF has pitted the men against the women in such a way. It’s entirely possible to support both the men’s and women’s national teams and want both to be compensated fairly, but the Federation is doing everything in its power make everyone look bad.)

As much as the U.S. dominated in the first half, Japan clawed its way back into the match in the second half. Japan came into Wednesday without a win in the SheBelieves Cup, having been beaten 3-1 by Spain and 1-0 by England. But the 2011 Women’s World Cup winners (and 2015 runners-up) didn’t roll over after halftime.

Japan pulled one back in the 58th minute. Mana Iwabuchi, who scored what may actually have been the best goal of the SheBelieves Cup against Spain, came on at halftime and put the first goal past the U.S. of the tournament.

Japan continued to threaten throughout the match, forcing Adrianna Franch into a few tough saves and hitting the post in the 75th minute.

But Lindsey Horan put the match away with her head always-impressive head.

Say it with me now,

Before the match ended, Carli Lloyd, a second-half sub for Press, nearly recreated her epic goal from midfield in the 2015 Women’s World Cup final. Her effort from just inside the Japanese half flew a few feet over the bar.

As the match came to a close, the ESPN News broadcast read a statement from U.S. Soccer president Carlos Cordeiro in which he apologized for the insensitive statements made by USSF lawyers in the USWNT lawsuit. Perhaps it took him actually watching the USWNT play on Wednesday to realize how skilled they are or maybe he realized how much hate the Federation has been receiving of late from fans and sponsors. An apology is nice, but it really doesn’t mean much until the USSF actually treats its men’s and women’s teams equally.

Scolded by players and sponsors, US Soccer -- through Carlos Cordeiro -- apologizes for tone of legal filings, which diminished USWNT and women more broadly. pic.twitter.com/ct5soGdb8M

With the 2020 SheBelieves Cup victory in the books, the USWNT has two friendlies scheduled in April before the Olympics kick off in July. The U.S. will host Australia in Sandy, Utah, on April 10 and Brazil in San Jose, California, on April 14. The Americans might schedule additional friendlies ahead of the Olympics, or given the Covid-19 pandemic, the USWNT might not even play again this year.

Whenever the U.S. women play next, they made their statement loud and clear on Wednesday in Texas.