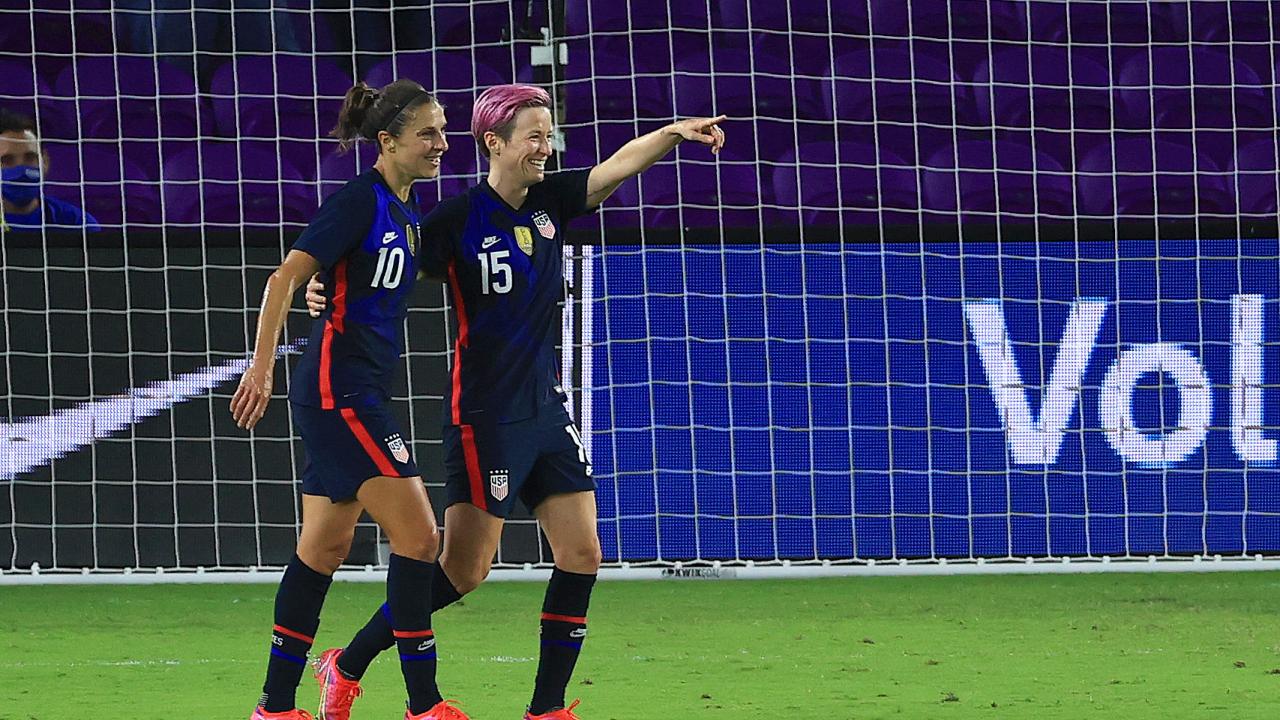 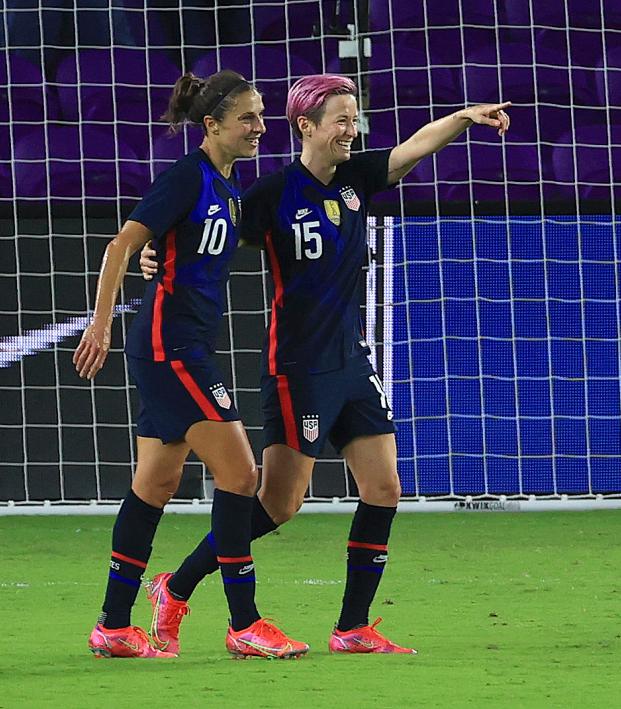 Megan Rapinoe and Carli Lloyd are both over 35 and showing no signs of slowing down. While both will face stiff competition to make the 18-woman roster for this summer’s Olympics, they both showed they’re still among the best in the world in a dominant first half against Argentina on Wednesday.

Rapinoe, 35, scored twice and Lloyd, 38, added a third as the USWNT won its fourth SheBelieves Cup by strolling to a 6-0 victory over Argentina on Wednesday night in Florida. The U.S. won all three matches in the competition, becoming the first team to win it in back-to-back years.

Rapinoe scored the first two goals for the U.S. to become the competition’s all-time leading scorer. She also led the 2021 edition with three goals. Few players have the technique and ability in and around the box as Rapinoe, and it’s hard to imagine U.S. coach Vlatko Andonovski leaving her home this summer. Similarly, Lloyd assisted Rapinoe’s second and scored the third as the USWNT raced to a 4-0 lead by halftime.

Rose Lavelle, who scored in the USWNT’s 1-0 win over Canada, received the SheBelieves Cup MVP award, though she seemed a bit surprised to get it.

Argentina’s defense held firm for 15 minutes but the dam was breached in the 16th minute. Rose Lavelle played a lovely chip to Rapinoe, who buried her chance despite appearing to think she might’ve been offside (she wasn’t).

Whoop there it is! @roselavelle with the chip over the top and @mPinoe makes no mistake pic.twitter.com/JgCuKIQNKB

Another great pass set up the second goal, again scored by Rapinoe. Christen Press made a beautiful through ball for Lloyd, who was unselfish in laying off to Rapinoe for an easy tap-in.

Second of the night, third of the #SheBelievesCup and fifth of the year.@mPinoe hasn't missed a beat pic.twitter.com/AXNWMHZXr4

But Lloyd wasn’t going to miss out on the fun. Rapinoe’s brilliant flick set up Kristie Mewis for her cross to Lloyd to make it 3-0.

Mewis then scored herself, taking a pass from Casey Short and wonderfully evading a defender before slotting home at the far post for a 4-0 halftime lead.

After halftime, Vlatko Andonovksi brought on Alex Morgan and Lindsey Horan, as if things weren’t going poorly enough for Argentina. Though it took a while, Morgan scored her first USWNT goal as a mom.

Sopha Smith set up Morgan’s strike with a mazy run before laying the ball through for Morgan to slam home. Morgan now has 108 USWNT goals, breaking a tie with the legendary Michelle Akers to move into fifth place alone on the all-time scoring charts for the U.S.

@alexmorgan13 makes it 5-0 for the @USWNT! #SheBelieves pic.twitter.com/LnbCrkhwnS

Press capped things off with a tidy header in the 88th minute. Press moved into a tie with Shannon MacMillan for ninth on the USWNT’s scoring list.

@ChristenPress stays hot and gets her 11th goal in her last 14 games! #SheBelieves pic.twitter.com/5jSW8vuDnp

Another tournament, another trophy for the USWNT. Next up: the Olympics this summer (after some friendlies to get ready). Expect Lloyd and Rapinoe to be in Tokyo this summer based on this showing.