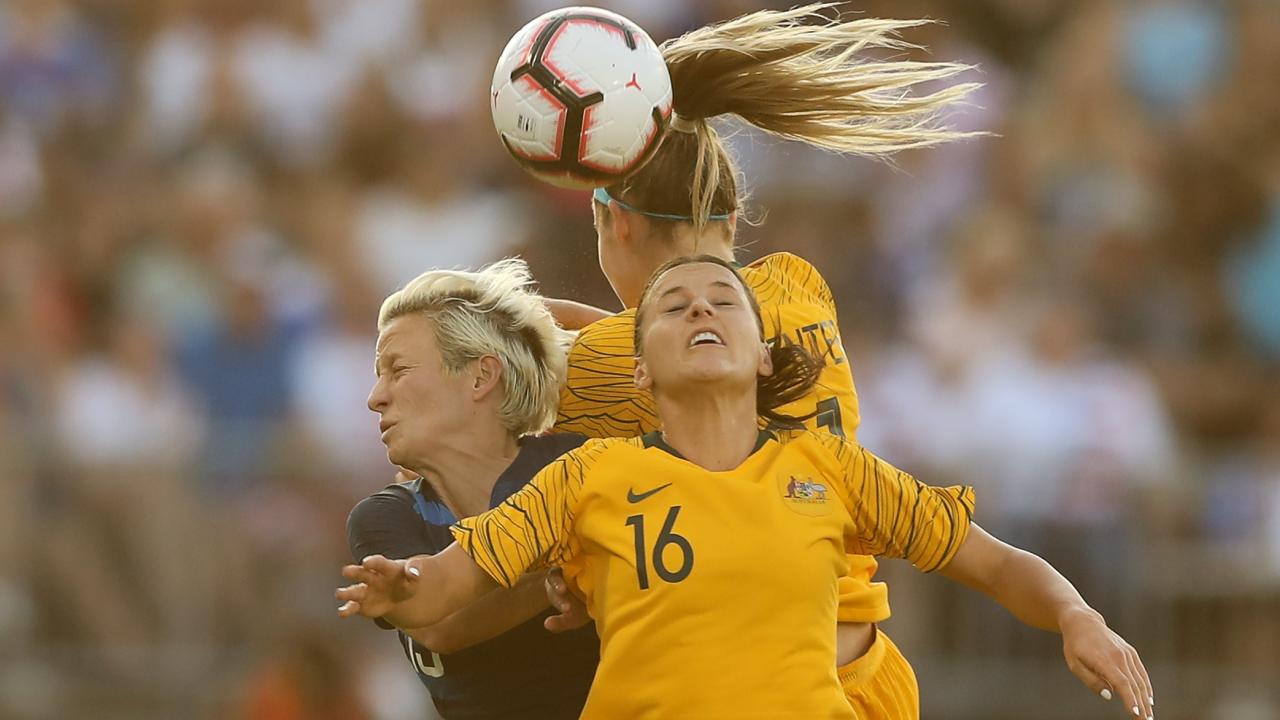 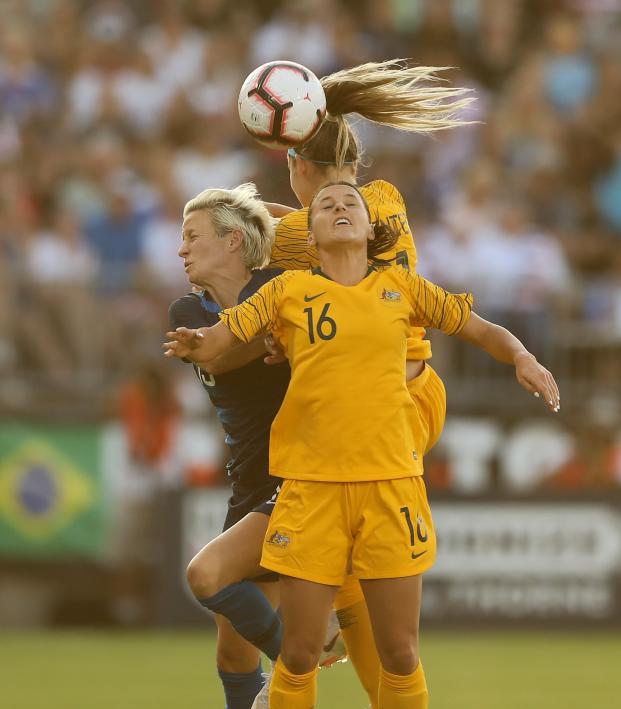 The USWNT hadn’t suffered a defeat since last July’s Tournament of Nations match against Australia, so with the clock striking 90 in tonight's rematch and the Matildas holding a 1-0 lead thanks to Chloe Logarzo’s 22nd minute strike, it looked like time was indeed a flat circle. But Lindsey Horan’s header at the death pushed the USWNT’s unbeaten streak to 18 games and kept the host nation in the running for the 2018 Tournament of Nations trophy.

Logarzo gave Australia the lead in the 22nd minute after Lisa De Vanna went on a sensational run from box-to-box. De Vanna provided the final ball and Logarzo gave Alyssa Naeher no chance with her finish.

The USWNT controlled 65 percent of possession, attempted 17 shots and forced Lydia Williams into five saves, but a crowd of 21,570 at Pratt & Whitney Stadium in Connecticut had little to celebrate apart from some displays of individual skill.

Carli Lloyd was thrown on to help salvage something in the 87th, but the equalizer didn’t arrive until America’s 10th corner of the match. Megan Rapinoe sent one in and Horan managed to get on the end of it.

Never count us out! @mPinoe and @Lindseyhoran11 connect at the death. pic.twitter.com/hCUalpC76a

The USWNT closes tournament play on August 2 against Brazil while Australia plays Japan. Both matches will take place at Toyota Park in Bridgeview.