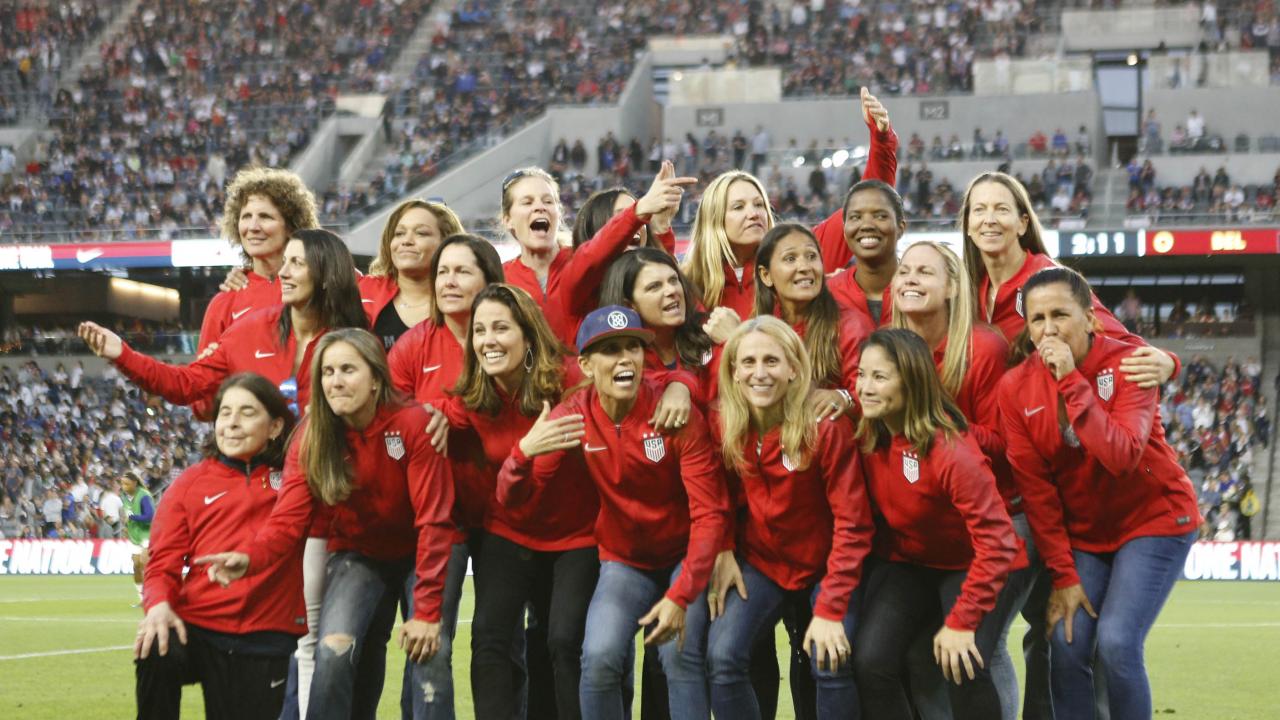 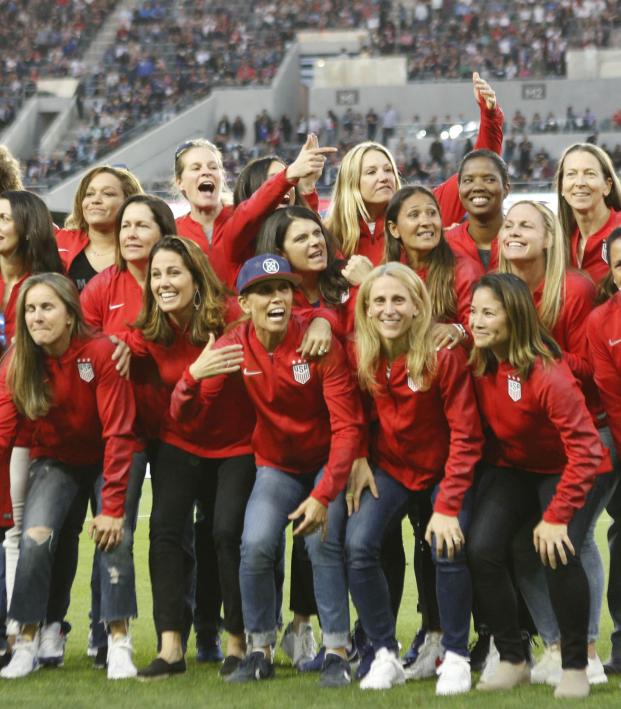 20,941 at Banc of California Stadium in Los Angeles watched the USWNT put six past Belgium — five of them headers — on Sunday night in a celebratory World Cup warmup that included a tribute to the legendary ’99 squad.

It was the sort of match that Alexi Lalas will burn onto DVD, sharpie “Set Pieces” on and rewatch seven hundred times.

It all started in the 14th minute with Tierna Davidson lofting a direct ball into the box and there was Carli Lloyd, on her 271st appearance, to nod home.

She lives for the big stage.@CarliLloyd with her first of 2019! pic.twitter.com/4je2sf6bGJ

Five minutes later, Lloyd had her second, but it was all about the assist from Crystal Dunn.

Seven minutes after that one, back to set pieces. Christen Press drove in the corner and Lindsey Horan rose above a sea of bodies to send one looping back on frame.

33rd minute; another set piece, another Press delivery, but this time it’s Sam Mewis using her 5 foot 11 inch frame to score the USWNT’s fourth header of the half.

AIR GAME TOO STRONG.@sammymewy gets in on the fun. pic.twitter.com/fmLSzVhcAm

The mood was perfect for a halftime appearance from the 1999 World Cup-winning squad.

Shortly after the halftime interval, Alex Morgan and Lloyd exchanged passes, and it was ultimately Morgan who converted goal No. 101 of her international career.

The sixth was scored by Jessica McDonald in second half stoppage time and it’s a header from a set piece. It’s the third assist of the night for Press and just look at her smile before delivering this one. She knows.

Belgium failed to land a shot on target, and it shouldn’t come as much of a surprise, but the Red Flames will not be at this summer’s main event in France.

Next up for the USWNT is a friendly against South Africa in Santa Clara, California, on May 12.