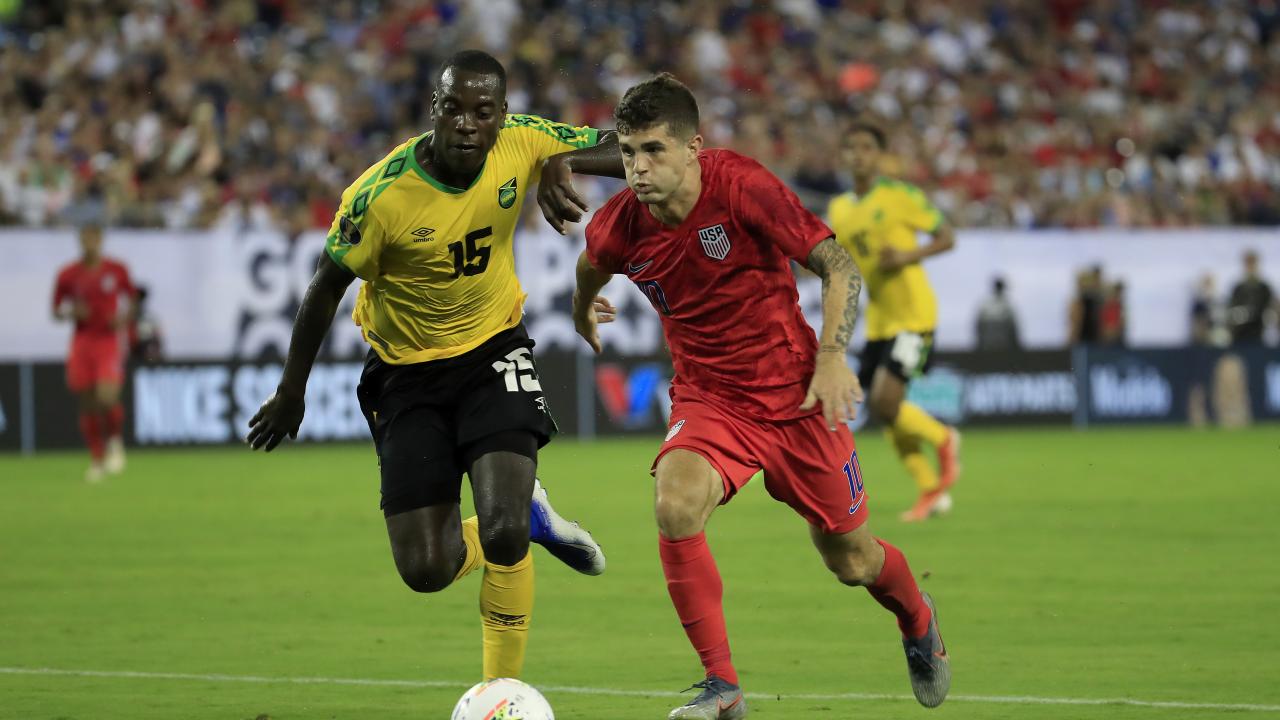 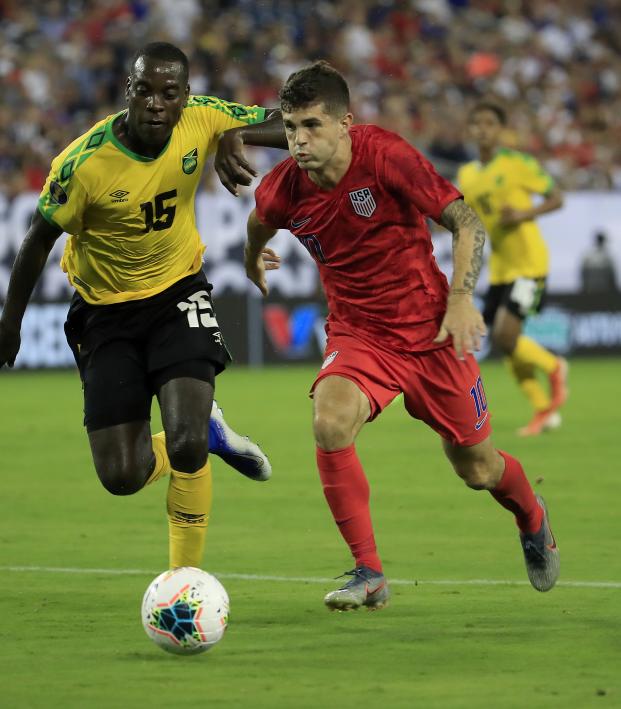 There may have been some doubt the last time the USMNT played competitive matches 20 months ago, but there is none now during the 2019 Gold Cup. Christian Pulisic is the USMNT’s best player, without question. He may just be the best player in all of Concacaf.

Pulisic, as he’s done all Gold Cup, played with fire, passion and purpose to help the U.S. defeat Jamaica 3-1 in the semifinals late Wednesday night and into Thursday morning in Nashville, Tennessee, after a 90-minute rain delay in the first half.

Pulisic scored the second and third goals while Weston McKennie, his former Bundesliga rival, scored for the second straight match to send the U.S. to the final where it will face Mexico in the first meeting between the rivals in a Gold Cup final since 2011. After three straight tournaments with one of Concacaf’s two juggernauts being upset in the semifinals, Mexico and the U.S. both escaped with narrow wins to reach the final, which will be played Sunday at Soldier Field in Chicago (the same day as the Women’s World Cup final).

Pulisic will have a chance to go head-to-head against perhaps Concacaf’s other best player and a future Premier League rival in Raúl Jiménez of Mexico.

While the U.S. had a miserable build-up to the Gold Cup, including losses to Jamaica and Venezuela, Gregg Berhalter has his side playing some of the best soccer seen in this country in years (on the men’s side, at least), with Pulisic at the middle of it all.

Pulisic kicked off the Gold Cup with a nasty elastic against Guyana and scored in the 6-0 win over Trinidad and Tobago, a bit of revenge for that fateful night 20 months ago.

Against Jamaica, the Chelsea-bound No. 10 was the primary impetus for the U.S. attack, using everything in his toolbox from deft flicks to determined finishing.

Pulisic showed off his flair early and often against Jamaica, best exemplified by this turn and run he made on the sideline in the first half.

After a nice long ball from Michael Bradley, Reggie Cannon zipped in a cross from the right wing. Depending on how much you hate him, Jozy Altidore then either intentionally left the ball for Weston McKennie or whiffed, but either way the Schalke midfielder’s late-arriving run resulted in a well-taken goal.

Then Pulisic took over the goal scoring for the U.S.

Pulisic tried to double the American lead early in the 12th minute with a well-struck free kick, but Andre Blake was up to the challenge.

There was a moment early in his international career where Pulisic beat Clint Dempsey to a ball in the box to score just the type of goal that made Dempsey the USMNT’s all-time leading goal scorer. It was a changing of the guards of sorts, as Pulisic was stepping into the role as the country’s top attacking midfielder/forward hybrid Dempsey had been for years.

On Wednesday, Pulisic scored two of those goals that remind you of Dempsey, converting twice on rebounds.

The first came in the 52nd minute when he tapped in after a Jordan Morris shot was parried by Blake.

After Jamaica had pulled one back in the 69th minute, Pulisic put the game away with another poacher’s finish, popping up at the right place to again capitalize on a shot Blake was unable to block clear.

Pulisic now has 13 international goals in just 30 appearances, meaning he’s already tied for 14th on the USMNT’s all-time list (and four behind Michael Bradley). There's something to be said about a player who has the will and desire to get into those positions to score goals like he got Wednesday. It's easy to say anyone can do it, but not everyone does.

Of course, it wasn’t all great for the U.S. on Wednesday, and we don’t just mean the rain delay.

After Pulisic’s first goal made it 2-0, Gyasi Zardes replaced Jozy Altidore up top. Altidore started well but faded after the rain delay, but Zardes had a decidedly worse night.

Moments after coming on, the Columbus Crew forward missed probably the easiest opportunity of the night for either team.

Zardes then was culpable on Jamaica’s goal in the 69th minute, losing the ball right before the Reggae Boyz scored.

After Zardes’ giveaway, some terrific wing play from Bayer Leverkusen’s Leon Bailey saw the 21-year-old find space to loft a cross straight to the head of Shamar Nicholson, who nodded the ball past Zack Steffen for the first goal the U.S. had allowed all tournament.

Nonetheless, the Americans advanced, setting up a showdown with Mexico on Sunday.