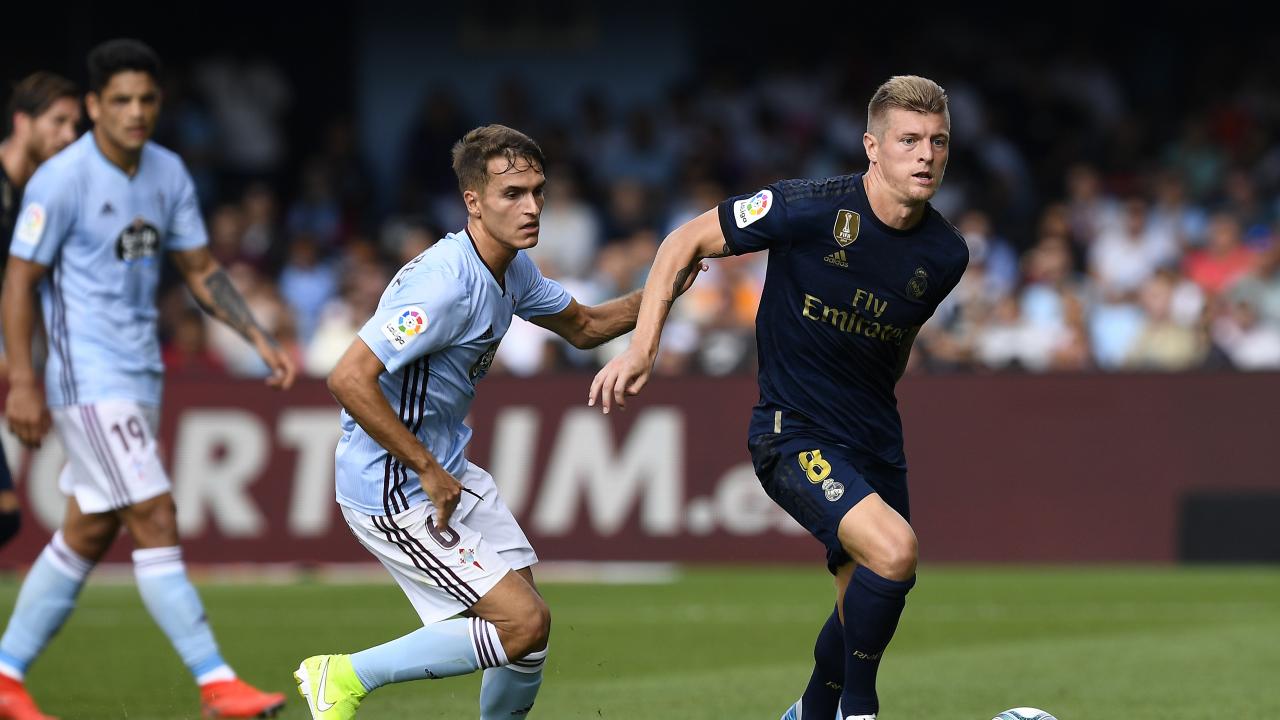 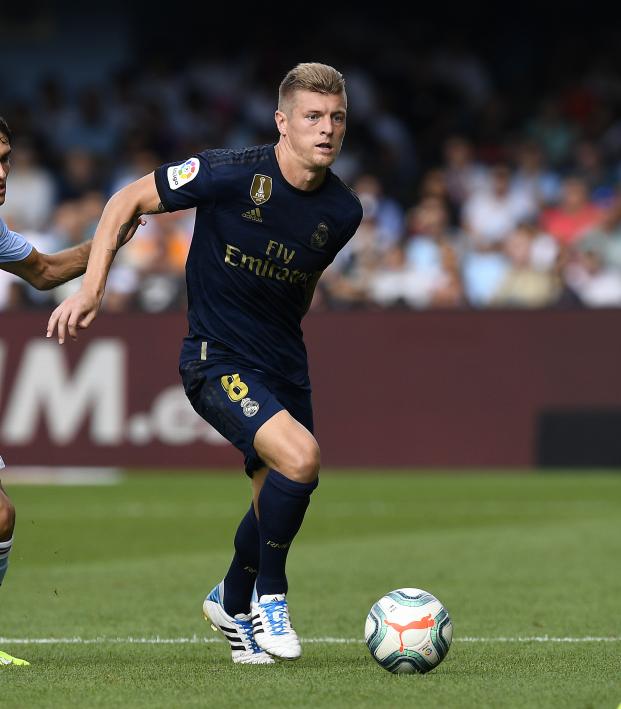 Real Madrid led, but only just. Karim Benzema had given Los Blancos an early lead but Luka Modric picked up his first straight red card in more than 300 matches with Real. Then came an insane Toni Kroos goal vs Celta Vigo, ensuring all three points for the Merengues on Saturday.

After Benzema’s goal in the 12th minute you’d be forgiven for thinking Real Madrid would cruise to an opening-day victory. But Modric’s 56th-minute red card complicated things a bit.

The German with a magical right foot that makes David Beckham look pedestrian ripped rocket from about 30 yards out in the most nonchalant fashion. Kroos barely celebrated his goal, as if he knew when he struck the ball it was heading for the top corner.

Zidane’s hand-to-head reaction said it all.

But the goal is even more beautiful from this behind-the-goal angle.

Sent from one of my players out in Vigo. pic.twitter.com/idT1OaV0li

Lucas Vázquez scored in the 80th minute to give Real Madrid a bit more cushion, which made things a bit more bearable when Iker Losada scored in extra time for Celta Vigo. Real Madrid now leads LaLiga on goal difference, though there are eight clubs who have yet to kick off the season. It was certainly better than how Barcelona opened the season.