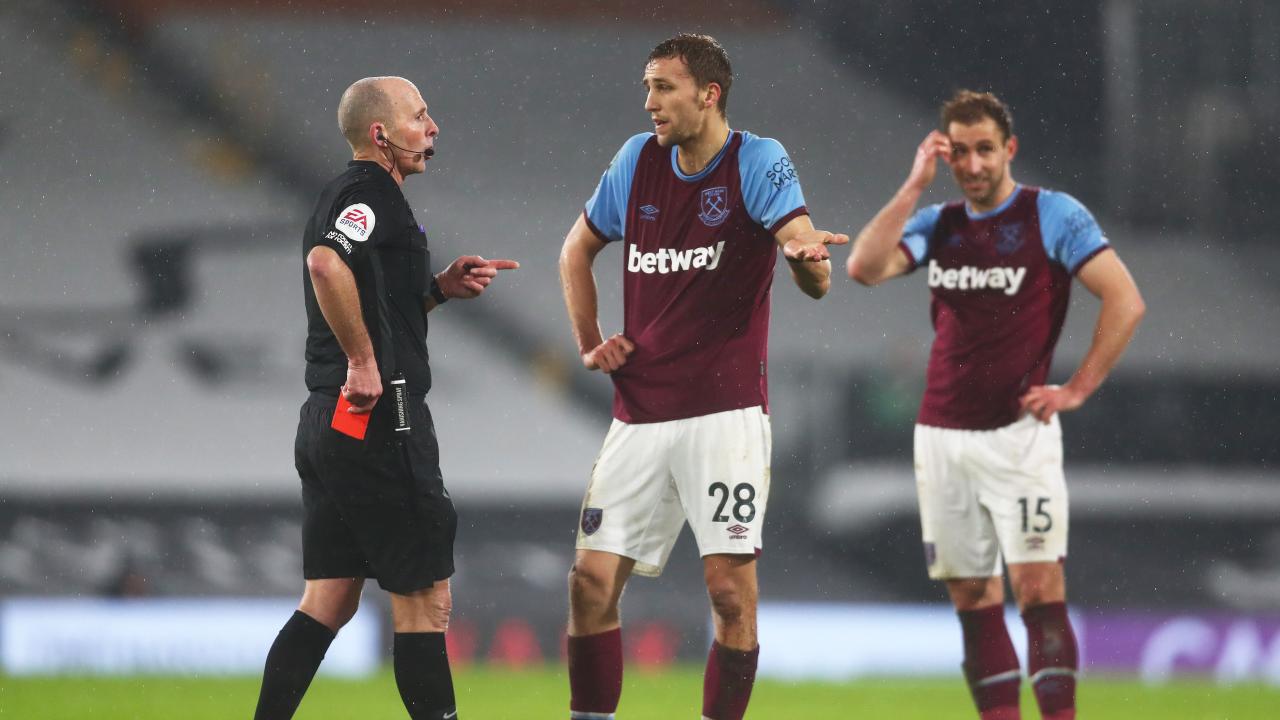 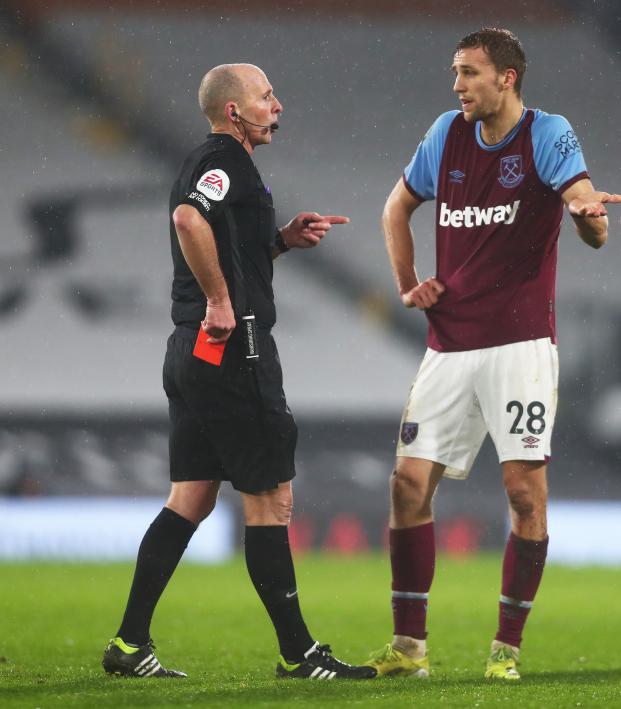 Only Mike Dean Could Call This A Red Card

Reuters February 6, 2021
Tomáš Souček was sent off for incidental contact on Aleksandar Mitrović.

A drab derby was drifting to its conclusion when midfielder Souček tangled with Fulham striker Aleksandar Mitrović before a West Ham free kick in stoppage time.

While the big Czech did catch Mitrović in the head with his elbow it looked accidental, yet referee Mike Deane, having been instructed to look at a pitch-side monitor by the VAR official, eventually decided it warranted a dismissal.

Even Mitrović, who held his face after the contact, appeared to say to Deane that it had not been a deliberate act.

2/2
Anyone who knows me knows i would never mean harm to another player. I am sorry for this moment in the otherwise great season. Really nice fair play moment from Aleksandar. pic.twitter.com/QVBUzIXutP

"It was an accidental coming together which to give someone a red card (for) is an embarrassing decision," Moyes said.

"I am embarrassed that the VAR asked him to look at it. It was a simple accident and we should just get on with the game.

"I am disappointed. The referees can easily put a stop to this by saying we are not going to react to screaming or give soft free-kicks but they seem to be frightened to say no."

Mike Dean has shown 7% of all red cards in Premier League history pic.twitter.com/csxdRIdvp4

Moyes said he had not spoken to referee Dean and did not know whether fifth-placed West Ham would appeal the decision, although it would be a big blow to have a player who has scored eight Premier League goals this season suspended.

"I didn't say a word to him. I'm quite embarrassed for Mike that he even made the decision," Moyes said.

"It is very harsh on a player who is very fair and honest, he didn't try to injure him or anything, it was accidental. Maybe the players have a responsibility to act correctly. But it was easy for the referees to see it was an accident."