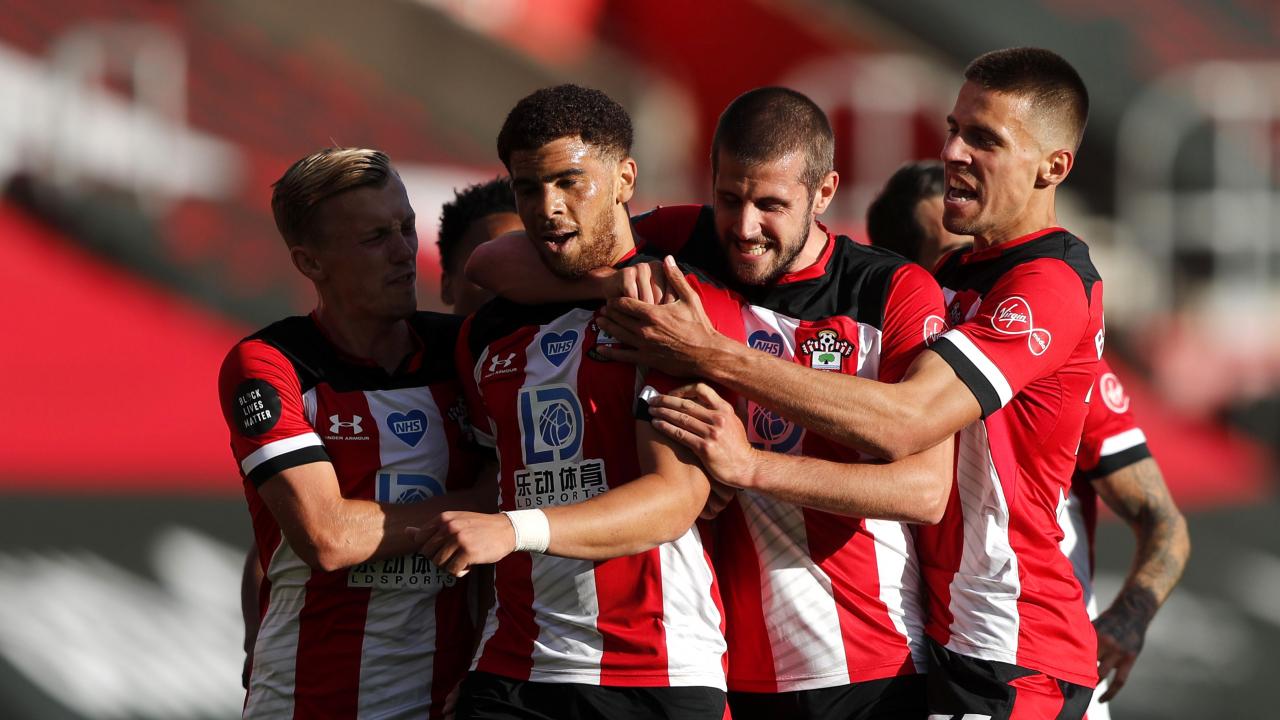 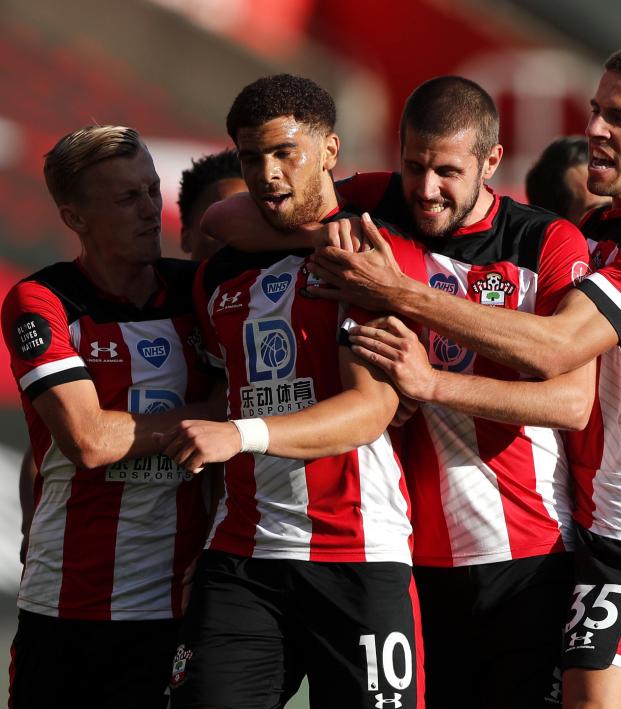 Reuters July 5, 2020
This was quite the comedown for City after beating Liverpool 4-0.

Che Adams scored his first goal for Southampton, a year after joining the club, with a stunning long-range strike as they beat Manchester City 1-0 to condemn Pep Guardiola's side to a third successive away loss in the Premier League.

Adams signed for Saints from Birmingham City for a reported $18.72 million in July, 2019, and had failed to score in his previous 24 league appearances for the team.

But after Oleksandr Zinchenko gave the ball away, Adams spotted City's Brazilian keeper Ederson far off his line and beat him with a beautiful lofted drive from nearly 35 yards out.

Second-placed City responded with a wave of attacks but came up against Southampton keeper Alex McCarthy in inspired form.

McCarthy saved a powerful drive from Raheem Sterling, a goal-bound header from David Silva — after Fernandinho struck the post — and then kept out Riyad Mahrez with his feet.

After the break, City's pressure intensified but Saints held on for a win that moves them up to 13th and 43 points from 33 games. City stay on 66 points, 23 adrift of champions Liverpool.