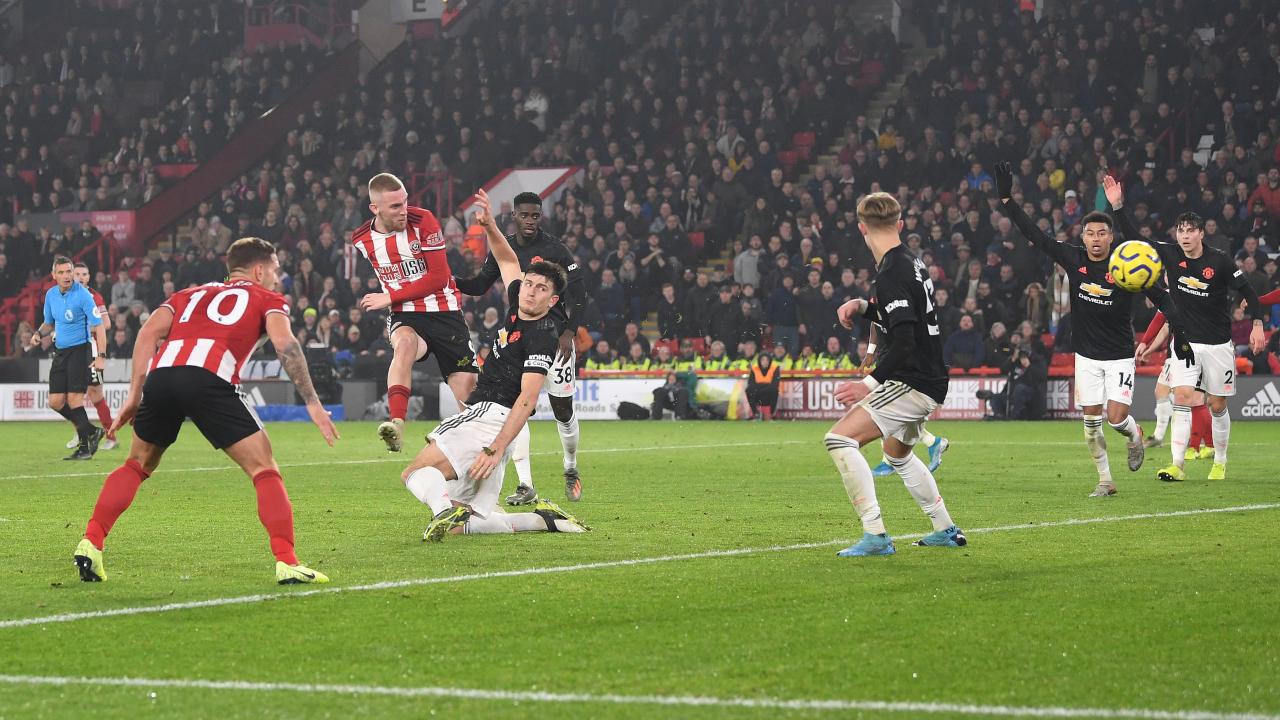 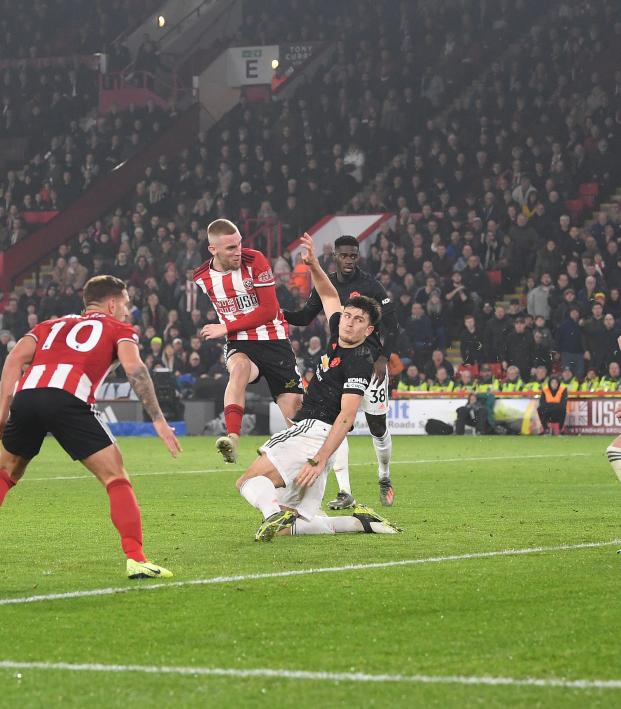 Connor Fleming November 24, 2019
Trailing 2-0, the Red Devils scored three goals in seven minutes to turn the game upside down, but Sheffield got the last laugh.

Sheffield United and Manchester United played out a sensational 3-3 draw at Bramall Lane on Sunday evening with the Red Devils overturning a two-goal deficit and looking certain of three points themselves before Oli McBurnie’s late equalizer in the 90th minute.

Sheffield’s early period of dominance could’ve been more pronounced on the scoreboard but for the brilliance of David de Gea, who recorded five saves on the night, including this incredible double save to keep things at 0-0 in the 11th minute.

But the Blades finally took the lead on 19 minutes after Lys Mousset dominated Phil Jones and cut it back for John Lundstram. Lundstram’s effort was saved by the feet of De Gea, but John Fleck was on-hand for the rebound. Again, not a great look for Jones.

Sheffield doubled its advantage in the 52nd minute after Fleck slipped in Mousset with a terrific reverse ball that the 23-year-old Frenchman latched onto before finishing confidently from the top of the area.

Social media was awash with Ole Gunnar Solskjær obituaries. However, United clawed one back in the 72nd minute after a Daniel James cross was cleared as far as 19-year-old left back Brandon Williams. The first Premier League goal of the teenager’s career was a nice one.

Just five minutes later, Man United had the equalizer. Mason Greenwood — having just entered the match as a substitute — turned home an exceptional cross from Marcus Rashford to bring the Red Devils level.

THE KIDS ARE GETTING IT DONE FOR MANCHESTER UNITED pic.twitter.com/mpdVXX22UJ

Sheffield was well and truly on tilt. Just two minutes after the equalizer, Man United’s remarkable three-goal turnaround (all in the space of seven minutes) was complete when James provided an excellent cutback for Rashford to finish.

The mood had certainly shifted amongst Man United supporters.

But the final twist arrived in the 90th minute when McBurnie brought Sheffield level. Man United players signaled for a handball from McBurnie before his finish and the VAR took a long look at it, but ultimately the goal was allowed to stand.

It’s another famous point for Sheffield and the club sits in sixth place after 13 matches. Manchester United sits ninth with 17 points (the same total as Tottenham) and the gap to fourth-place is already nine points.