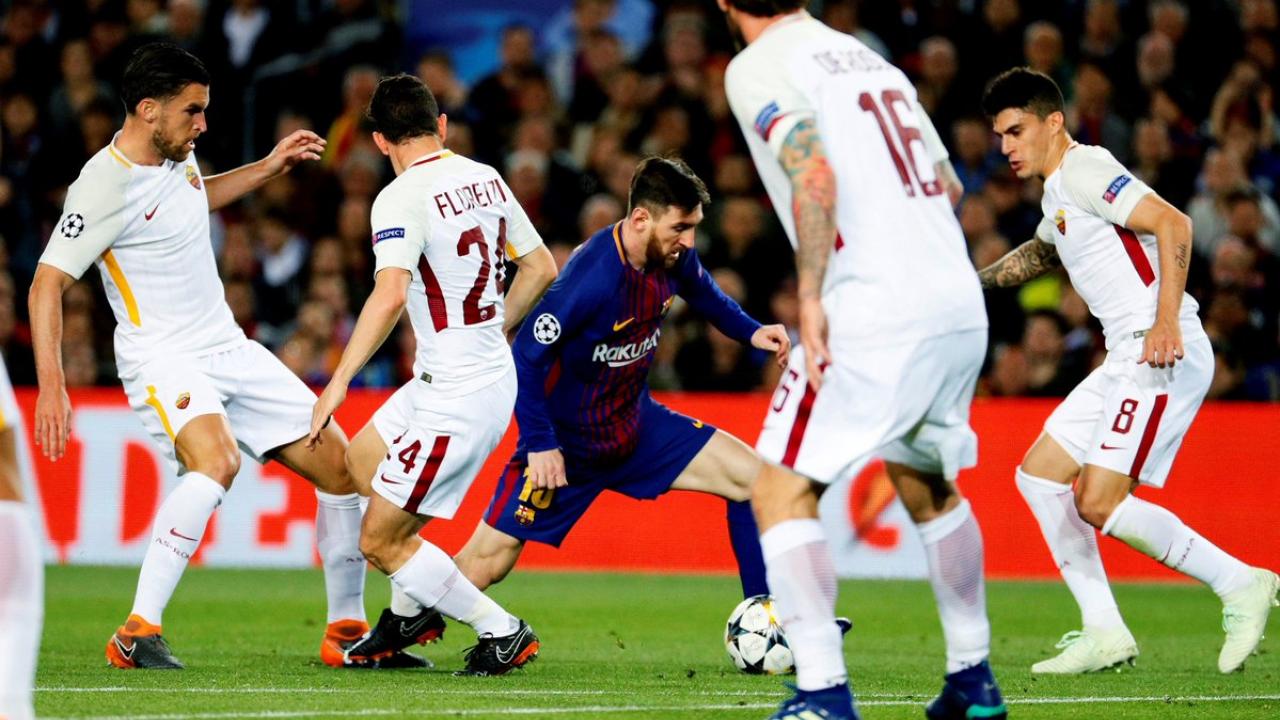 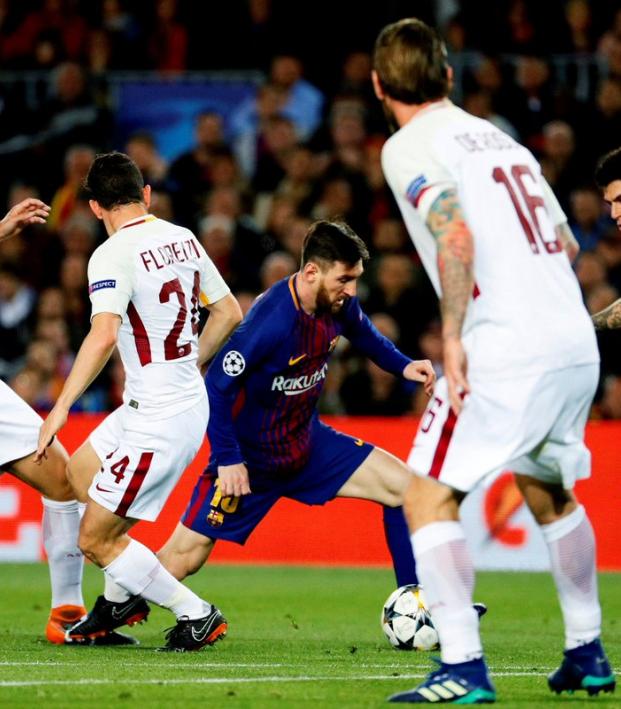 Connor Fleming April 4, 2018
Two heartbreaking own goals paved the way for a 4-1 Barcelona victory over Roma.

If you would’ve offered AS Roma manager Eusebio Di Francesco a Camp Nou first leg in which Lionel Messi is limited to naught, Di Francesco probably would’ve broken your hand in agreement. And then you’d have to inform him that his side would still lose 4-1.

Roma still have an opportunity to shock the world at the Stadio Olimpico in the return leg thanks to Eden Dzeko’s conciliatory away goal, but the club from the Eternal City is more realistically doomed after conceding four goals to a superior opponent.

Having advanced to the Champions League quarterfinals for the first time in 10 years, Roma supporters could be forgiven for having anxious recollections of pretty thorough defeats to Manchester United in both ’08 (0-3 on aggregate) and ’07 (3-8) before kick off. However, for the most part, Roma were excellent throughout the opening 45.

Barca could generate nothing in the Roma third, and deeper in the midfield, their Italian opponents were quickly closing down space and forcing Messi to receive the ball in awkward positions.

However, with neither side having generated a chance of note through 38 minutes (although Dzeko had half a penalty shout turned down by the ref), Barcelona finally made the breakthrough . . . although Roma really made it on themselves.

Messi fed Iniesta at the top of the box, the Spanish maestro looked to return the pass, but Daniele De Rossi intercepted with his right foot — the only problem being his interception was a heavy deflection that nestled inside the post, giving Alisson no chance in goal.

It was a great finish by Daniele De Rossi!

Unfortunately, it was in the wrong goal. pic.twitter.com/hUpEE4cZGr

20 seconds after the start of the second half, Roma should’ve been level. Argentine winger Diego Perotti had a free header, but he elected to close his eyes, put his head down and fuck it up. Nice one.

Big chance for #ASRoma to equalize right after half-time! Diego Perotti was open at the far post, but somehow put his header wide. They won't get a better chance against #Barça than that. #BarçaRoma #UCL pic.twitter.com/KDdmHGGZIV

Pique then scored a tap-in, and it looked like Roma had gone on tilt.

Barcelona finally scores a goal themselves!

The home side go up 3-0 as Pique gets an easy tap in in front of the net. pic.twitter.com/8m6QdlzoRL

However, the soccer gods administered a bit of justice for Roma in the 80th. They didn’t deserve to be down three, and Dzeko pulled one back after some good work from Perotti out wide.

Edin Dzeko finally breaks through with a deserving goal for Roma! pic.twitter.com/bzqdM7np0I

But the soccer gods were just kidding, they are in fact extremely cruel overlords. Luis Suarez, who’d really been the worst version of Suarez all game (cursing, screaming, immediately signaling for the medical team before contact was ever made), scored his first UCL goal of the season in the 87’ to bury Roma.

Luis Suarez FINALLY gets his first UCL goal of the season! pic.twitter.com/XP5mMJjxZZ

As a club that’s finished runners-up in Serie A four times and runners-up in the Coppa Italia twice over the last decade, the high stakes defeat was quintessential Roma.